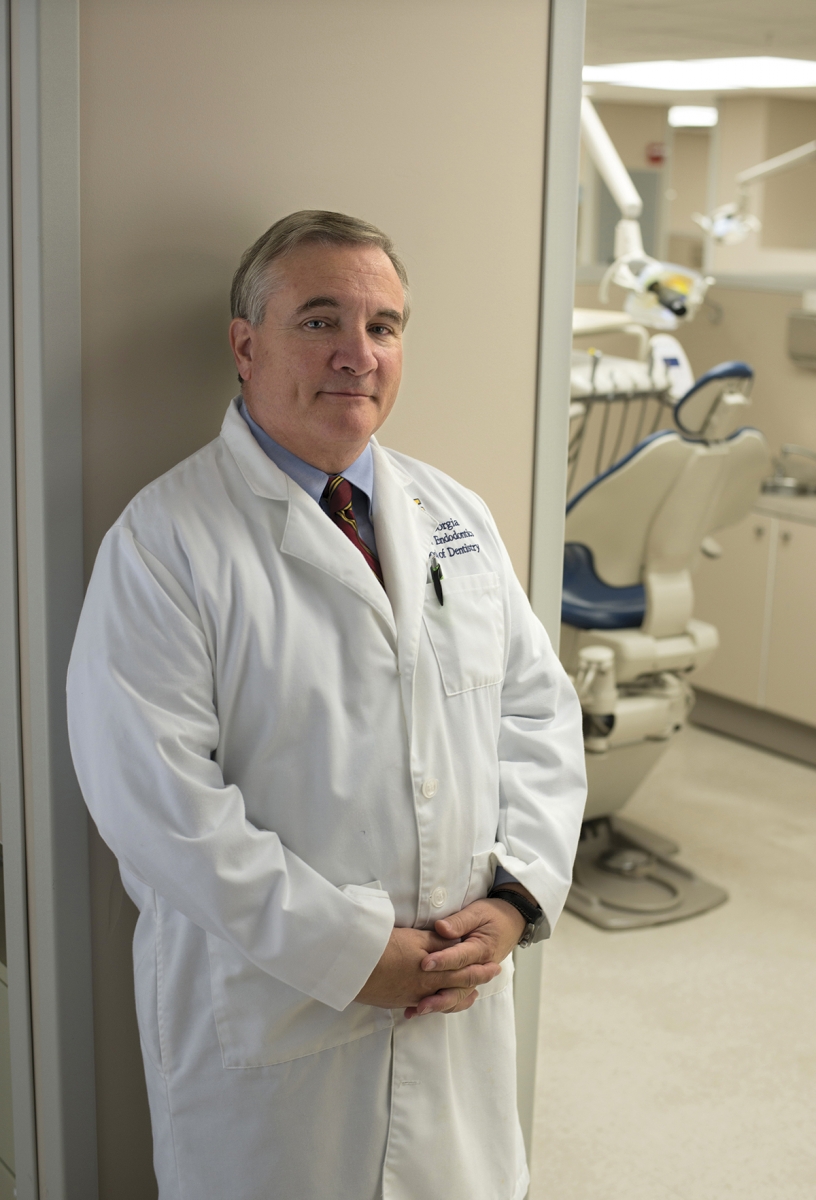 In 1976, when the bicentennial was in full swing and Rocky Balboa first ran the steps outside the Philadelphia Museum of Art, Tom Borgia underwent a root canal. Like Rocky, the procedure has gone the distance: Nearly four decades later, the root canal endures.

Now chair of the Department of Endodontics at West Virginia University’s School of Dentistry, Borgia challenges any of his colleagues to show him a tooth implant that’s lasted so long.

Both procedures have merit, he says. But the lowly root canal, culturally synonymous with pain, is experiencing a rebirth in dental medicine, thanks in part to advances in technology and microbiology. Together with other procedures, both time-honored and unorthodox, these advances represent the transition of a dentist from tooth specialist to fully integrated health-care provider.

In Pittsburgh as elsewhere around the country, dental schools and practitioners are crafting new techniques that treat not only teeth but also a host of other problems from the patient’s neck up.

From stem cells, new roots
For years, few people cared to endure the hands-on experience of the root canal, in which the dentist manually scraped out the sticky biofilm of bacteria that had infected the tooth’s root. More recently, dentists have substituted far less-painful ultrasonic techniques to remove bacteria. The next generation of treatment, according to Borgia, is using photon-induced photoacoustic streaming, in which the dentist places the tip of a laser at the top of the root, creating a bubble that travels through the roots and breaks up the bacteria more efficiently than ultrasonics.

But the true measure of how far the root canal has evolved is a procedure that is being perfected at WVU and the University of Pittsburgh School of Dental Medicine, among other institutions. Using a method called revascularization, dentists are bringing new life to dead permanent teeth by stimulating the rich supply of stem cells that live in a tooth’s root, particularly in the teeth of children.

“For all intents and purposes, [the tooth is] back to where it was again,” explains Borgia.

At Pitt, endodontic residents have performed the procedure on 48 cases with an enviable 100-percent success rate, according to Herbert Ray, assistant professor of endodontics and director of the school’s Graduate Endodontic Residency Program.

Based on that track record, the next step has been exploring techniques for stimulating root regrowth in adult teeth. Borgia said one method involves removing the dead nerve, sterilizing the resulting hollow space and introducing collagen and specially treated stem cells to regenerate the nerve. Today, the space is filled with a rubber-like material; in the future, it instead will contain regrown human nerve tissue.

Pitt’s research focuses on stimulating or attracting stem cells from surrounding tissues while the tooth is still in the patient’s mouth.

Both Borgia and Ray agree that the shift from cleaning and filling infected roots to regenerating a new blood supply to the pulp likely will be the norm at dental practices within the next two decades.

While Ray says he does not believe root canals would disappear completely, he points out that healing the tooth is better than repairing it.

“All restorations have a limited life span,” he explains. “Dental fillings are like tires on a car — they wear out.” 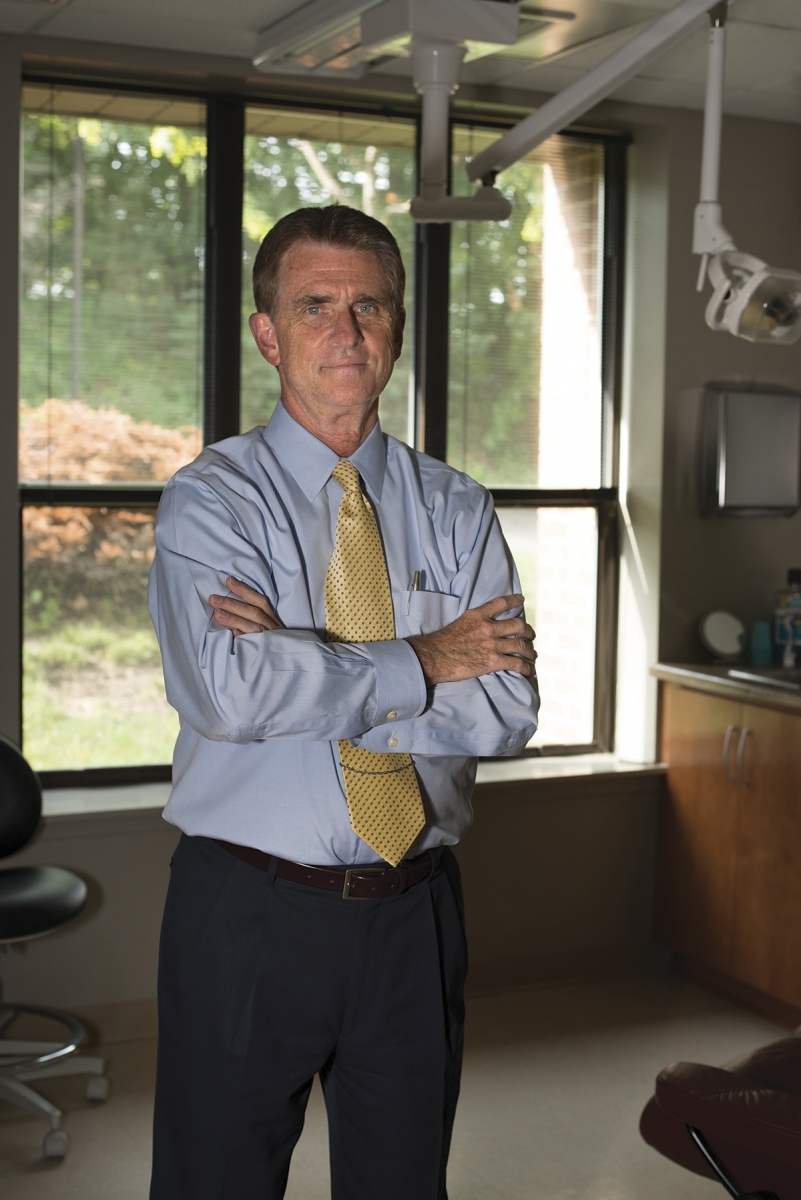 Sleeping giant
Sleep apnea is another condition for which dental treatments are growing exponentially. Once considered the domain of sleep centers and physicians, sleep disorder breathing — a catch-all phrase for conditions in which a person’s breathing slows or stops during sleep due to a collapse of the airway — now is a prime candidate for a dentist’s intervention.

Since he began investigating sleep apnea 24 years ago, Robert Rogers has treated roughly 7,000 patients. Today, the condition is the sole focus of his Wexford practice, and he is the founding president of the American Academy of Dental Sleep Medicine, which claims 3,000 members worldwide.

“It’s an incredibly unmet need,” he says of sleep disorders. “Within the general dental community, the awareness is growing incredibly.”

Owing to several factors — among them the rising obesity rate and other anatomical factors, such as an underdeveloped lower jaw — approximately 50 million Americans are affected by sleep disorders, Rogers says. During sleep, muscles of the throat — including the tongue and lower jaw — relax, shrinking the person’s airway. When the airway is almost but not completely closed, the person snores, a hallmark of the disorder. Oxygen levels drop within the bloodstream, and the subsequent side effects have been linked to higher rates of cardiovascular disease, diabetes and depression, among other conditions.

Treatment can include surgery or a continuous positive airway pressure (CPAP) machine. An easier yet effective alternative involves a dentist custom-fitting a mouthpiece that moves the lower jaw forward to open up the airway. In treating mild to moderate sleep apnea, the mouthpieces work 75 percent of the time, according to Rogers; success rates are lower — 50 percent — in more severe cases.

Bruce Parker, who practices in Squirrel Hill, says he became a believer when he fashioned mouthpieces for both himself and his wife, Rochelle. When he treats patients, he tests their oxygen-saturation levels at night to measure how well the treatment works.

When mouthpieces aren’t enough, skeletal surgery sometimes is in order. Richard Bauer, assistant professor in the Department of Oral and Maxillofacial Surgery at Pitt, works with physicians, dentists and sleep centers to determine the best course of action for a patient.

“It’s important that that circle is complete,” he says. “There are many patients who don’t qualify for surgery, so using a repositioning device or attacking things from multiple angles is important. I think that model [of multidisciplinary care] is becoming more and more common.”

He estimates that he performs between 25 and 30 surgeries for sleep apnea each year on patients ranging in age from teenagers to seniors. The jaw is repositioned, fixed and allowed to heal in its new alignment.

“The entire effort is a team effort. This is a medical problem, pure and simple. And a dentist needs to work in tandem with a physician,” Rogers says.

Joint decisions
Just as dentists try least-invasive solutions for sleep apnea before graduating to more invasive techniques, the protocol for temporomandibular joint (TMJ) disorders now tries splinting the patient before moving on to other treatments, which may include surgery.

Rebecca Pounds, who practices general and bioesthetic dentistry downtown, stabilizes the jaw in place with a splint before moving ahead with any other procedure.

“What we’re looking for is harmony between the function and the aesthetics,” she says. Once the jaw is correctly placed, she may create models of the patient’s teeth in their ideal shape and form and can add crowns or composites to achieve the proper bite.

Thomas Braun, dean of Pitt’s dental school and a specialist in the surgical management of TMJ disorders, treats patients whose joints have been severely damaged by trauma or conditions such as rheumatoid arthritis. Thanks to computer-assisted design and manufacturing techniques, the surgery has improved dramatically in recent years. CT scans aid in the creation of a plastic model exactly replicating the patient’s facial structure, allowing for a more precise artificial joint.

Dentists also are beginning to use botox for TMJ therapy, according to Craig Mangie, assistant professor of oral surgery at WVU. More than a cosmetic panacea for aging skin, botox injections relax the facial muscle spasms that can put pressure on joints, alleviating pain without surgery. Though botox requires reinjection after five or six months, patients sometimes can break the pattern of muscle spasms after one or two injections, Mangie says.

Improvements to artificial joint construction and replacement likely will lead to more surgeries in the future, owing to improved outcomes and higher success rates, Mangie predicts.

“The patients are out there,” he says.

New technology improves dental implants’ precision and healing
There was a time when Squirrel Hill dentist Bruce Parker needed as much as an hour to place a dental implant. Even then, working freehand from two-dimensional X-rays, he couldn’t see the bone in which he was placing the artificial tooth, and the results could be skewed and messy.

Today, aided by cone beam technology — a 3-D X-ray that generates a surgical guide — Parker can precisely place an implant in five or six minutes without sutures.

“It’s absolutely cutting-edge technology,” Parker says of the cone beam. “From my perspective, it’s a ‘wow’ moment.”
The high failure rate of implants has soured dentists and patients alike on their use, but Parker believes the introduction of the cone beam — which he has used in his practice for roughly five years — will breathe new life into the procedure. He predicts it will become the standard of care within the next decade.

“When I was in dental school, I was taught that implants do not work. Now, my wife [who is not a dentist] could place an implant,” he says. “Doing guided implant placement is probably the easiest procedure in dentistry today. With this, it’s a very nondramatic procedure.”

This article appears in the August 2014 issue of Pittsburgh Magazine.
Categories: Medicine and Health Features