Returning to Pittsburgh: ‘Perks of Being a Wallflower’ Comes Full Circle

Prime Stage Theatre is set to bring the famed Pittsburgh epistolary novel to life in an exclusive premiere. 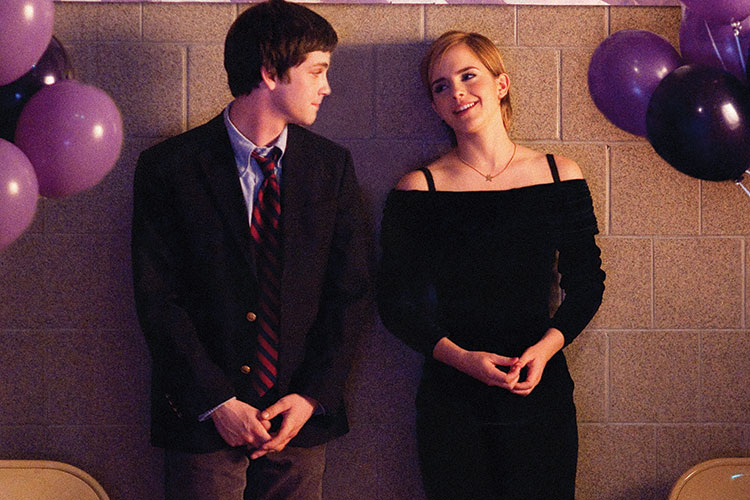 Logan Lerman and Emma Watson in “The Perks of Being a Wallflower.” | photos by John Bramley | © Lions Gate Entertainment Inc.

In 1999, Pittsburgh native Stephen Chbosky released a novel that delved into the lives of a local teenager and his friends. In 2012, Emma Watson, Logan Lerman and Ezra Miller played those teenagers on the big screen, bringing the beloved coming-of-age tale to a new generation. Now, “The Perks of Being a Wallflower” comes full circle back to Pittsburgh with an exclusive premiere on stage.

Jeffrey Cordell and Caitlin Skaff, who both grew up in the South Hills, will present the script by Penn State University graduate Hailey Rohn at Prime Stage Theatre. Skaff, Prime Stage’s assistant operations director, had been pulling for the theater’s co-founder Wayne Brinda to take on the story, convinced it would aid in Prime Stage’s goal to adapt literature for the theater with a focus on middle- and high school-aged students.

“I felt really strongly that Prime Stage was the place to [premiere] it because of our mission — and luckily Wayne listened to me,” Skaff says.

They collaborated with Rohn, who had worked as an extra on the film and created a script as a school project at Penn State, and secured the rights to the story. Prime Stage is the first and only theater to have production rights to the “Perks” story.

​Chbosky told the story of 15-year-old Charlie through a series of letters that Charlie writes to an anonymous “friend.” Charlie describes dealing with the death of his beloved aunt Helen and the suicide of his best friend while trying to fit in during his first year of high school. He finds a group of ragtag seniors who take him in, including Patrick — an openly gay teen who’s in love with the school’s star quarterback — and his stepsister Sam, for whom Charlie develops a crush.

Cordell reflected that, while he had a lot of positive experiences growing up in the city, he also remembers feeling like an outsider, as though part of his identity was invisible. He says he can relate to the “group of misfit toys” persona of the young protagonists and compares it to his own group of friends growing up.

“I see young people going through this,” Brinda says. “I see them saying, ‘We don’t know who to talk to or where we can go. We need some guidance here.’ This is important to do.

“I’ve had several people say to me, ‘This book saved my life.’ The production blends the power of literature and live theater.”

One of the book’s iconic scenes depicts Charlie, Patrick and Sam driving a truck through the Fort Pitt Tunnel; a song on the radio, unfamiliar to the group (it’s Fleetwood Mac’s “Landslide” in the book) electrifies Sam. She slips back into the bed of the truck and stands, arms outstretched, as they race through the tunnel until the sky and the city of Pittsburgh open up before them.

During this scene, Charlie utters one of book’s most famous lines: “I feel infinite.”

Despite presenting challenges for the theater, it’s a cornerstone scene that captures the angst and longing commonly wrapped up in a teenaged soul. There was no leaving it out. 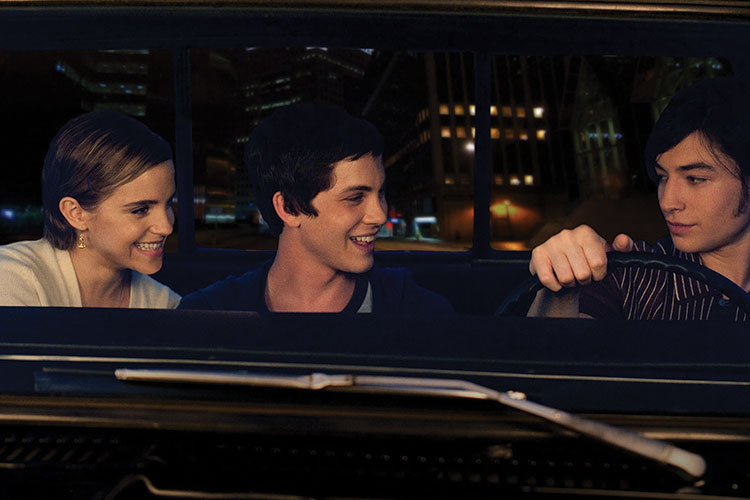 “The tunnel scene is happening; it happens twice in the play,” Cordell says. “Many people in my life know how passionate I can get about driving through the Fort Pitt tunnels and having the city reveal itself in all its beauty on the other side. I take every guest that comes to visit me through that experience. That part of ‘my Pittsburgh’ and other stories I shared from my childhood all prompted my friend and colleague Andy Felt to strongly recommend the film to me. The film took me to the book. The book took me to amazing places and conversations with all sorts of friends and family. And now I am here and directing this project.”

​Skaff says that also was a scene she held close, noting that she still has her original copy of the book — highlighted and underlined with song titles and quotes that she felt were important as a teenager.

“The Perks of Being a Wallflower,” New Hazlett Theater, 6 Allegheny Square East, North Side; 412/267-4245, newhazletttheater.org; May 5-14. After the performance on Friday, May 12, audience members will have the chance to videochat with book author Stephen Chbosky. The show on May 13 will be a sensory-friendly performance.