The keynote speaker spent two years documenting the efforts of women from around the United States who were readjusting to life at home after military service. 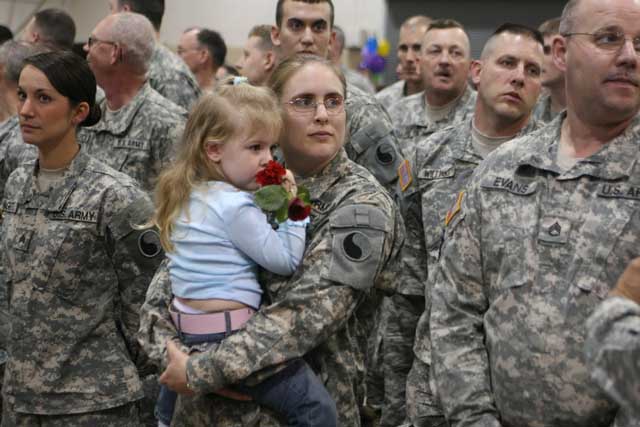 An appearance by filmmaker JulieHera DeStefano highlights the spring seminar hosted by Seton Hill University’s Social Work Program. DeStefano is the keynote speaker at the seminar, called “Forever Changed: The Military Journey.” She plans to discuss the reintegration experiences of women in the military as part of the overall theme of helping active military personnel and veterans settle back into the lives they lived before serving.

DeStefano was with the Task Force Medical East in Afghanistan in 2010 and 2011, and she then spent two years documenting the efforts of women from around the United States who were readjusting to life at home after military service. The result was the upcoming documentary “Journey to Normal,” which will be previewed during her speech. The event set for 9 a.m. Wednesday in Cecilian Hall on Seton Hill’s campus. Attendance is free for university students, staff and faculty; members of the public can register for $20.

Edward Hilton IV, a sophomore at Duquesne University, has been named a Clarkston Scholar, making him the first student from western Pennsylvania to receive the $10,000 scholarship.

The scholarship, in its fourth year, is presented to a sophomore student at a school in Pennsylvania who excels in class and shows a passion for and plans to work in the life sciences field. But Hilton, who is majoring in biochemistry and minoring and math and biology, didn’t plan to have a career in life sciences. He intended to attend dental school, but in preparing himself for that path of education, he realized his interest was in research.

Now Hilton works in a lab with Duquesne professors, researching pain and depression by characterizing and analyzing the neurological activity of marine bacteria. For his future, Hilton is considering careers in drug development or furthering his education with higher degrees

The Pittsburgh Technology Council has named Carlow University’s Jeffrey Devlin the Chief Information Officer of the Year in Education. The award, also presented by the Greater Pittsburgh CIO Group, was given to Devlin in recognition of achievements — notably his work in restructuring Carlow’s technology services division — that stood out among executives who work in industry, nonprofit, academia and government.

Devlin previously worked as the manager of website services at Robert Morris University and held several other related positions in education before joining Carlow as its chief information officer. He also has branched into teaching, leading courses on information technology and security as an adjunct faculty member at Carlow’s College of Leadership and Social Change. Devlin will be part of a panel of fellow CIOs at the upcoming Pittsburgh Technology Council CIO Insight Series.

This article appears in the March 2015 issue of Great Minds.
Categories: Great Minds