Restored Lawrenceville Pub & Restaurant Off to a Strong Start

The building at 3523 Penn Ave. has spent a lot of time as a place for Lawrenceville residents to meet and raise their glasses. 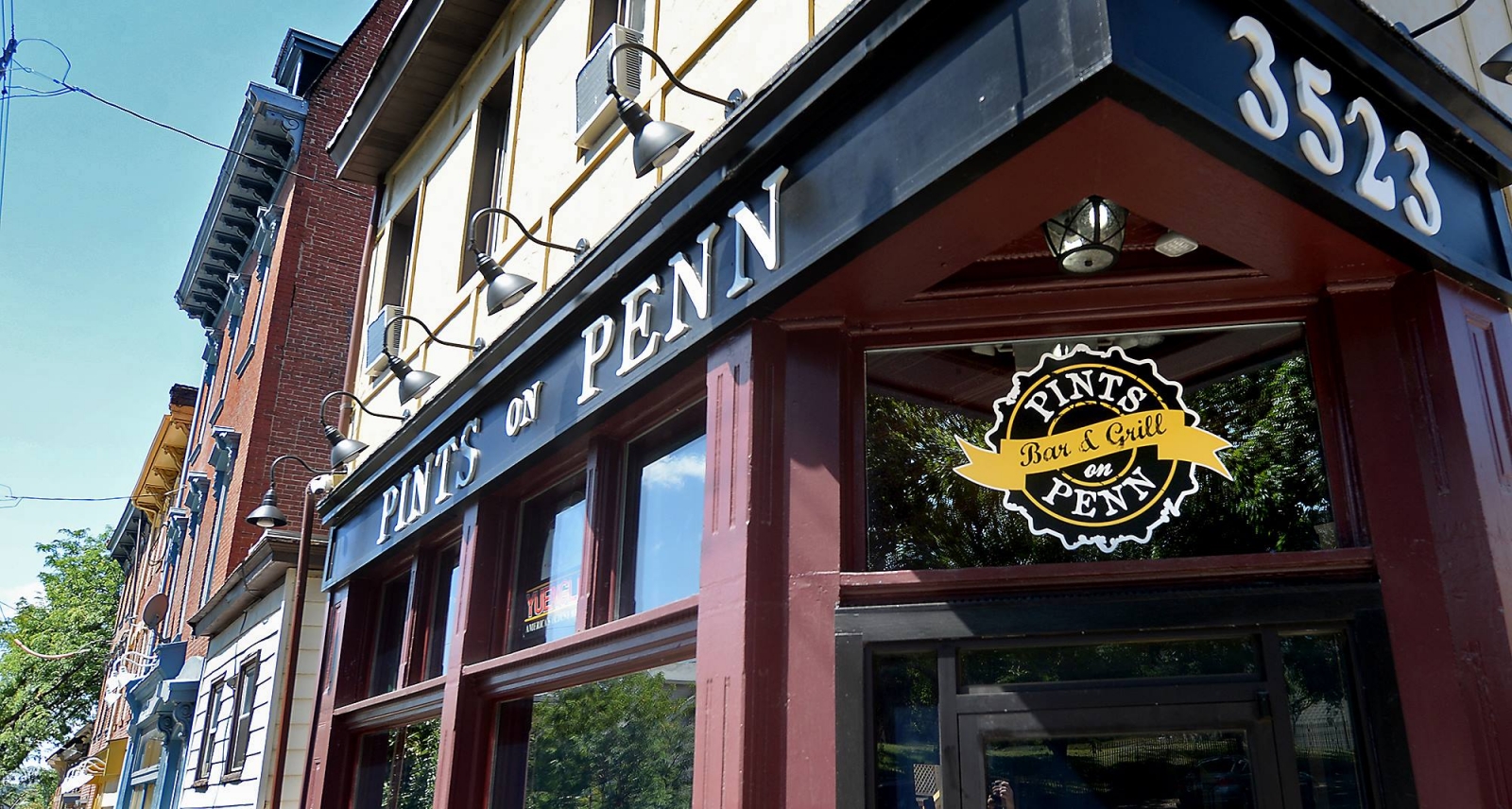 On the wall of Pints on Penn, a new pub and restaurant celebrating its grand opening in the space this weekend, you can find a photo of the place in 1944. It was McGeown’s Bar at the time and a Prohibition-era ice cream parlor — which may or may not have actually traded in ice cream — before that. Drinks have been served at 3523 Penn since the 1880s.

The bar downstairs at Pints on Penn dates back to that era as well, beautifully restored yet clearly a treasured relic. The stained glass above the street-facing windows matches the windows in the 1944 picture. Yet this is no steelworker’s watering hole, nor a Prohibition-style throwback: The newest bartenders to work at this address will serve you an array of craft beer, refreshing cocktails and carefully-selected wines.

In short: It’s a bar that knows its history yet belongs in 21st-century Lawrenceville. 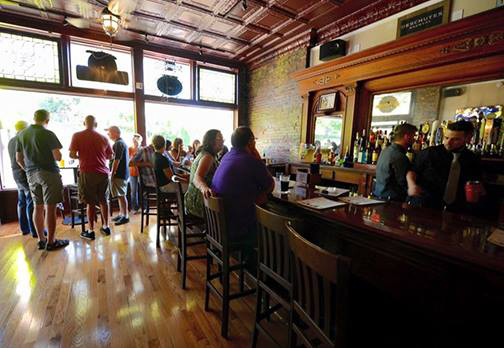 I visited Pints on Penn the night before the official debut, still in a soft opening. The staff already was firing on all cylinders, however, with a clearer sense of identity than many bars which have been open for years. Downstairs, you’ll find that beautiful bar and a handful of tables; on the second floor, a dining room ideal for attentively watching the game of your choice on an array of new flat-screens.

Outside of that upstairs room is a small deck overlooking 36th Street; Our Lady of the Angels Church is visible looking north from the porch, and the signpost marking the birthplace of Stephen Foster can be seen looking south. Far from the action of Butler Street or the Strip, this is a quiet corner of the city ideal for a slow meal and several rounds of drinks.

Speaking of the drinks: Summer may be waning, but it’s still a fine time to opt for one of Pints on Penn’s beer cocktails. I had one of the signature selections, the Watermelon Shandy; it’s a glass of Bell’s Oberon house-infused with watermelon. I was tempted, too, by the Side Saddle, which mixes white beer with Courvoisier, Cointreau and lemon; that’ll be my pick on my next visit. 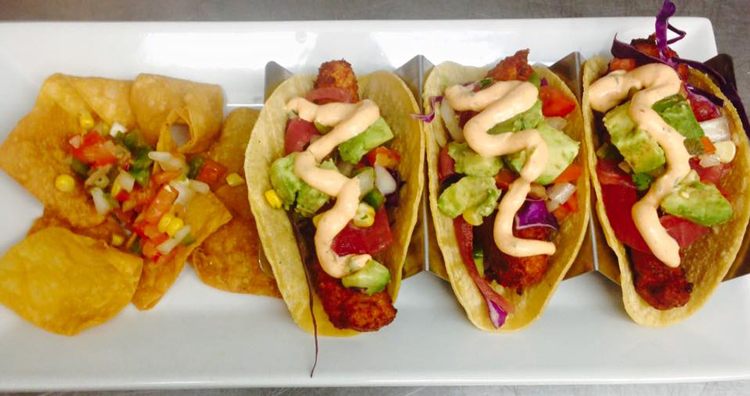 The food likely will grab the headlines, though, and everything I tried was delicious. This is neither traditional pub grub nor refined reinventions of that style; favorites are rendered with more thought and creativity than you’ll typically find. I can recommend the baked buffalo cauliflower with bleu cheese, an appetizer that feels indulgent but is guilt-free (depending on how liberal you get with the ranch), as well as the much guiltier sweet and spicy bacon, instantly my favorite bacon dish in town (and that’s a crowded field).

Few bars come out of the gate this strong. I’m confident that Pints on Penn will become a no-brainer for those fortunate enough to live nearby and a destination for anyone who has evolved beyond a more complacent bar and grill. Its history is long, and its potential is unlimited.