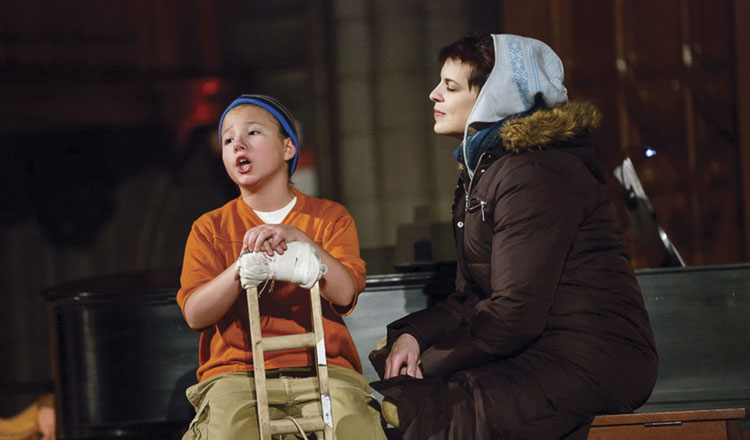 What was Dmitri Shostakovich feeling in July 1960?

That month, the Russian composer wrote his violent and mournful “String Quartet No. 8 in C minor.” He was visiting a Soviet resort outside Dresden, the East German cultural center that Allied bombers reduced to rubble during World War II. The ruins haunted Shostakovich. He dedicated his quartet “to the victims of fascism and war.”

Yet the piece is highly personal. Shostakovich quotes his earlier works and uses a four-note signature. In a posthumous memoir, he claims, “The Eighth is an autobiographical quartet,” composed in shame after Soviet officials pressured him to join the Communist Party. Shostakovich described the work as a suicide note: “You could even write on the cover: ‘Dedicated to the memory of the composer of this quartet.’”

A similar ambiguity fills Giovanni Battista Pergolesi’s “Stabat Mater.” The Italian composer completed this work shortly before dying of tuberculosis in 1736 at age 26. It’s a musical rendition of a 13th-century hymn describing Mary’s sorrow as Jesus dies on the cross. Pergolesi’s work also is personal, imbued with his love of popular theater. Its approachable melodies annoyed church purists and delighted audiences.

Shostakovich’s “String Quartet No. 8” and Pergolesi’s “Stabat Mater” are among the most enduring works of Western music. Yet they rarely are paired on programs. One is a secular 20th-century chamber-orchestra piece. The other is a sacred Baroque duet. But the thematic connection is powerful, which is why Maria Sensi Sellner chose both works, as well as analogous compositions by Bach and Mahler, for a production titled “Lamentation” at Waverly Presbyterian Church in Regent Square.

“Lamentation” is the fifth production of Resonance Works | Pittsburgh, which Sellner founded in 2013. The name honors the physical and emotional sides of Pittsburgh: “Resonance” can mean reverberation or significance; “works” can mean factories, determination or works of art. Fittingly, Sellner holds master’s degrees in composition, conducting and mechanical engineering from Carnegie Mellon University.

The versatile program typifies the nimble spirit of the young Resonance Works, which bills itself as “a collaborative, multimodal performing-arts company dedicated to exploring the confluence of artist, audience, music and space.”

For the inaugural Resonance Works project in October 2013, Sellner collaborated with local soprano Amelia D’Arcy, who was deeply immersed in the repertoire of Italian composer Giuseppe Verdi. With Halloween approaching, they staged a full production of Verdi’s “Macbeth,” based on Shakespeare’s spookiest play. Some companies work the other way around: choosing a composition and then casting it. 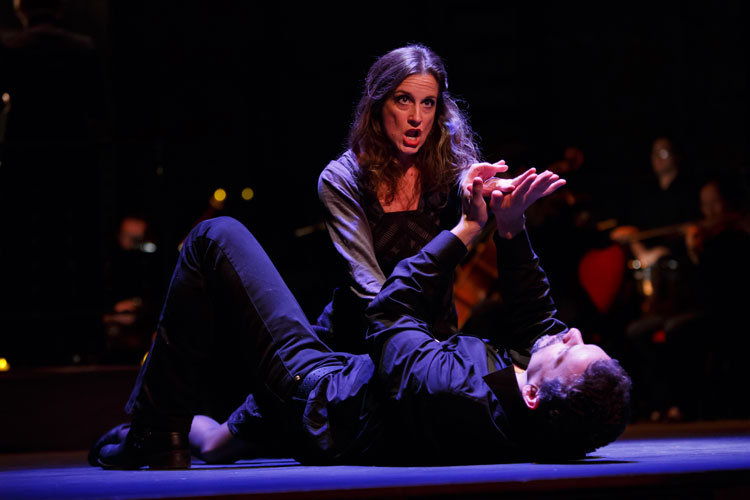 “Having the chance to do something you really want to do? That’s really exciting as a performer,” D’Arcy says.

The real Resonance Works pixie dust is the “confluence of artist, audience, music and space.” That means the company chooses locations that elevate performances.

For “Macbeth,” it was the gothic arches of the University of Pittsburgh’s Charity Randall Theatre. For a September 2014 production of Donizetti’s “The Elixir of Love,” the Pittsburgh Opera’s George R. White Studio in the Strip District became an Eisenhower-era cabaret.

The program for “Lamentation” at Waverly Presbyterian is another sono-mosaic, crafted on the themes of Holy Week. 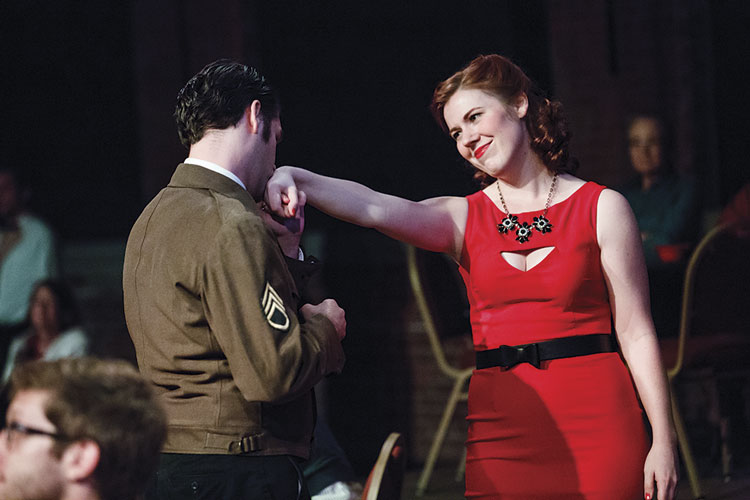 Unlike the costumed productions of “Macbeth” and “The Elixir of Love,” or the multimedia accompaniment to “Natural Frequency,” “Lamentation” will direct all attention to the music. Other than using the existing pulpit to dramatic effect, the staging will be restrained. Hosting the meditative program in a church was obvious. A smaller church such as Waverly Presbyterian was chosen to bring the audience closer to the performers.

“We hope to create a dramatic arc,” Sellner says. The first half will build to Shostakovich. The second half will resolve with Pergolesi. D’Arcy will sing with countertenor Andrey Nemzer, who has performed Pergolesi’s “Stabat Mater” several times. Nemzer called the work “a loving lamentation . . . a lamentation that leads to love and kindness.”