Famed cocktail pro Tony Abou-Ganim visits some of Pittsburgh’s hottest bars and likes what he tastes. 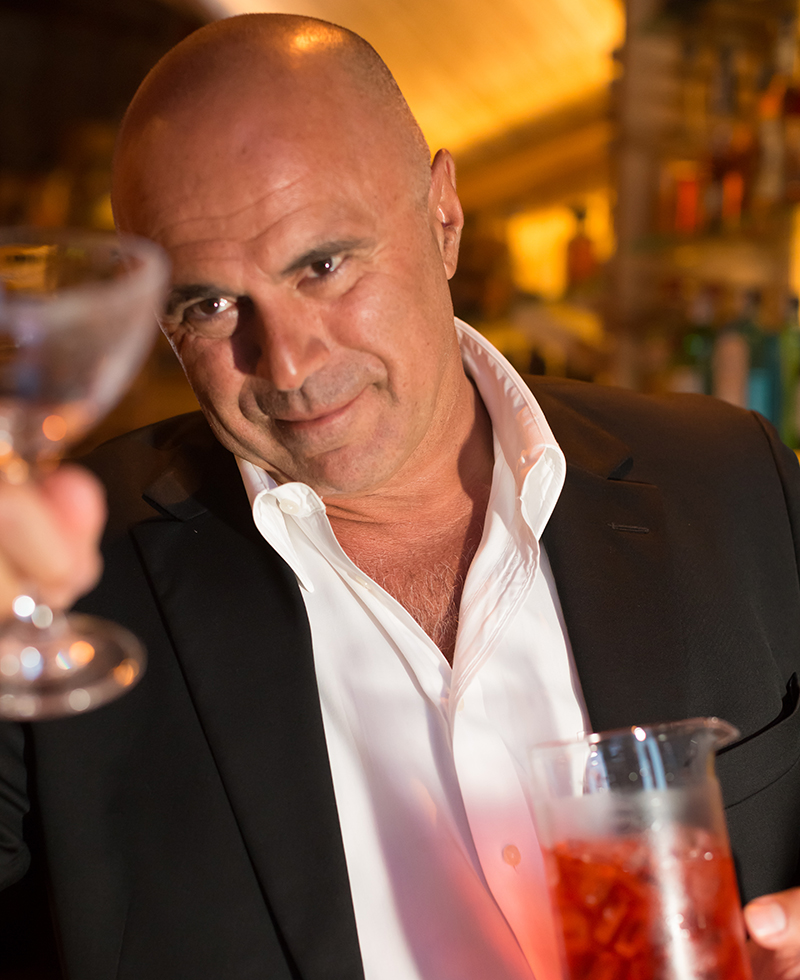 What’s the secret to a great cocktail? In the kitchen, chefs look to spotlight a dish’s main ingredient. That’s also the approach taken by Tony Abou-Ganim, the renowned cocktail expert and author known as The Modern Mixologist. To him, the best drinks are balanced ones that “celebrate and maintain the integrity of the base spirit.”

Abou-Ganim has worked in the industry for more than 30 years, developing the cocktail program at Bellagio Las Vegas and winning “Iron Chef America” competitions. Earlier this week, he made a pit stop in the Steel City. On his agenda: Sip what local ’tenders are mixing and handle business related to his premium barware line developed with Steelite International, headquartered in New Castle, Pa.

On Sunday, he stopped by some of our favorite hotspots for classic cocktails — Meat & Potatoes, Soba, Harvard & Highland and Bar Marco. As someone who had followed the Steelers during the days of “Mean Joe” Greene, Abou-Ganim was eager to explore the city’s drink scene after hearing so much positive buzz.

“To come to Pittsburgh and witness [all of that] last night, I was blown away,” Abou-Ganim recounted Monday morning. “I had heard [the scene] was developing.”

He noticed that our mixologists are honing their craft from a combination of influences — methods and styles seen in bars nationwide — and adding a unique Pittsburgh flavor (take the Pimm's Blue Ribbon at Meat & Potatoes, for example). Of course, Abou-Ganim wasn’t content with just sitting on the sidelines; he got behind the bar to whip up a drink or two.

The burning question: his favorite cocktail. One of his favorites was the French 75 at Harvard & Highland because it “just hummed.”

“I’m coming for three days next time,” said Abou-Ganim. “One night is not enough.”

Tip to keep in mind when mixing?
Less is more. Keep it simple.

Something you’re asked often?
“How do I become a great bartender?” The short answer is to work and learn from great bartenders. This is the profession of the apprentice.

Last drink?
Easy — a negroni. It's the drink I fell in love with when I first learned how to make it in 1991. I drink and promote it, and don't even work for Campari.