Plus, Pitt and UCLA team up to fight acne and the Art Institute is named a top military-friendly school. 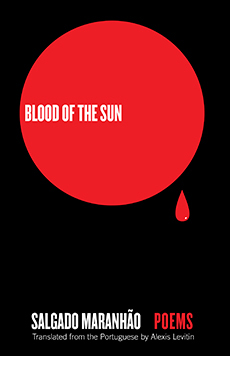 Renowned Brazilian Poet to Speak at Chatham
On Oct. 18 from 8 to 9:30 p.m., poet Salgado Maranhao and translator Alexis Levitin will present a free poetry reading at Chatham University’s Mellon Living Room. Maranhao’s celebrating the release of Blood of the Sun, his first collection of poetry and accompanying recorded songs to be translated into English. Milkweed Editions Publishing describes the book as an integration of “socio-political thought with subjects abstractly metaphysical.”

Teams at Pitt & UCLA Work to Develop New Acne Treatment
If you tried over-the-counter acne treatments, like benzoyl peroxide-based Clean & Clear, or Proactive, then you may want to keep an eye out for an upcoming medical treatment that'll save you some shelf space.

University of Pittsburgh and University of California, Los Angeles, researchers believe they can fight acne with a natural non-threatening virus to attack the skin bacteria that causes flare-ups. The virus is naturally programmed to attack the bacteria, so why not use it to update the acne-care scene with a safe and effective treatment? The National Institute for Arthritis and Musculoskeletal and Skin Diseases and the National Institutes of Health in Bethesda, Md., support the research, which was recently published in mBio online. After successful lab testing, the treatment will be tested on volunteers.

Art Institute Makes List of Top Military-Friendly Schools
Education is undoubtedly becoming an increasingly prevalent focus for military veterans. So, it’s important to note that area schools want to help with the transition of our friends in uniform into their educational paths. The Art Institute of Pittsburgh recently made Victory Media’s list of 2013 Military Friendly Schools. VM is a veteran-owned company that aims to help military members “transition into civilian life.” Its newest list features 1,739 trade schools, universities and colleges that rank in the top 15 percent of U.S. schools positively impacting military veterans, service members and their families. AIP and the other schools included earned spots for their leading practices in military recruitment and retention, programs and policies for campus support and credit, flexibility and accreditation among other factors.

This article appears in the October 2012 issue of Great Minds.
Categories: Great Minds