The Pittsburgh Parks Conservancy unveiled the new August Wilson Park overlooking the Allegheny River. The park is located around the corner from Wilson’s former home in the Hill District. 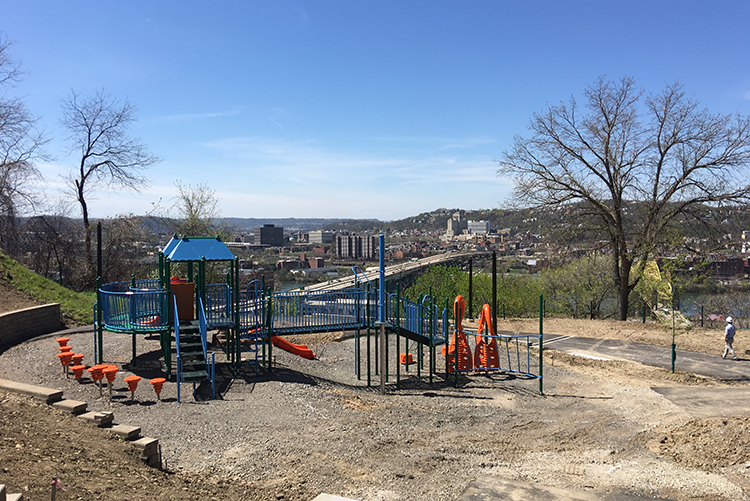 August Wilson Park sits on Cliff Street, around the corner from Wilson’s childhood home. Overlooking the edge of the Hill, the park offers impressive views of Downtown, the Allegheny River and the David McCullough Bridge.

“It’s been an amazing journey to this moment,” says Terri Baltimore, a community advocate and the Hill House’s vice president of neighborhood development. “This park could not have happened, unless the wonderful people who lived on Cliff Street embraced it, held on to it, prayed for it and did everything in their power to be the most active and committed partner in this process.” 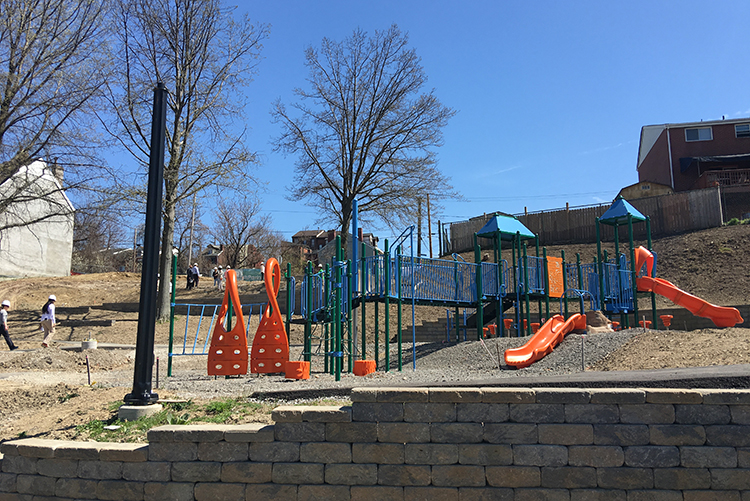 The updated park is handicap accessible, and will feature quotes from the works of August Wilson, mounted on a retaining wall, and photographs by Teenie Harris, which will line the basketball court.

“There’s nothing like a great sense of place to ground a work of art, and I think that applies to the work of August Wilson,” says city councilman R. Daniel Lavelle. “What he was able to accomplish, what he means to this community, has withstood, and will continue to withstand, his entire life, and ours moving forward.”