PittGirl dug into the archives to learn more about the late mayor, who left the city a little better than she found it. 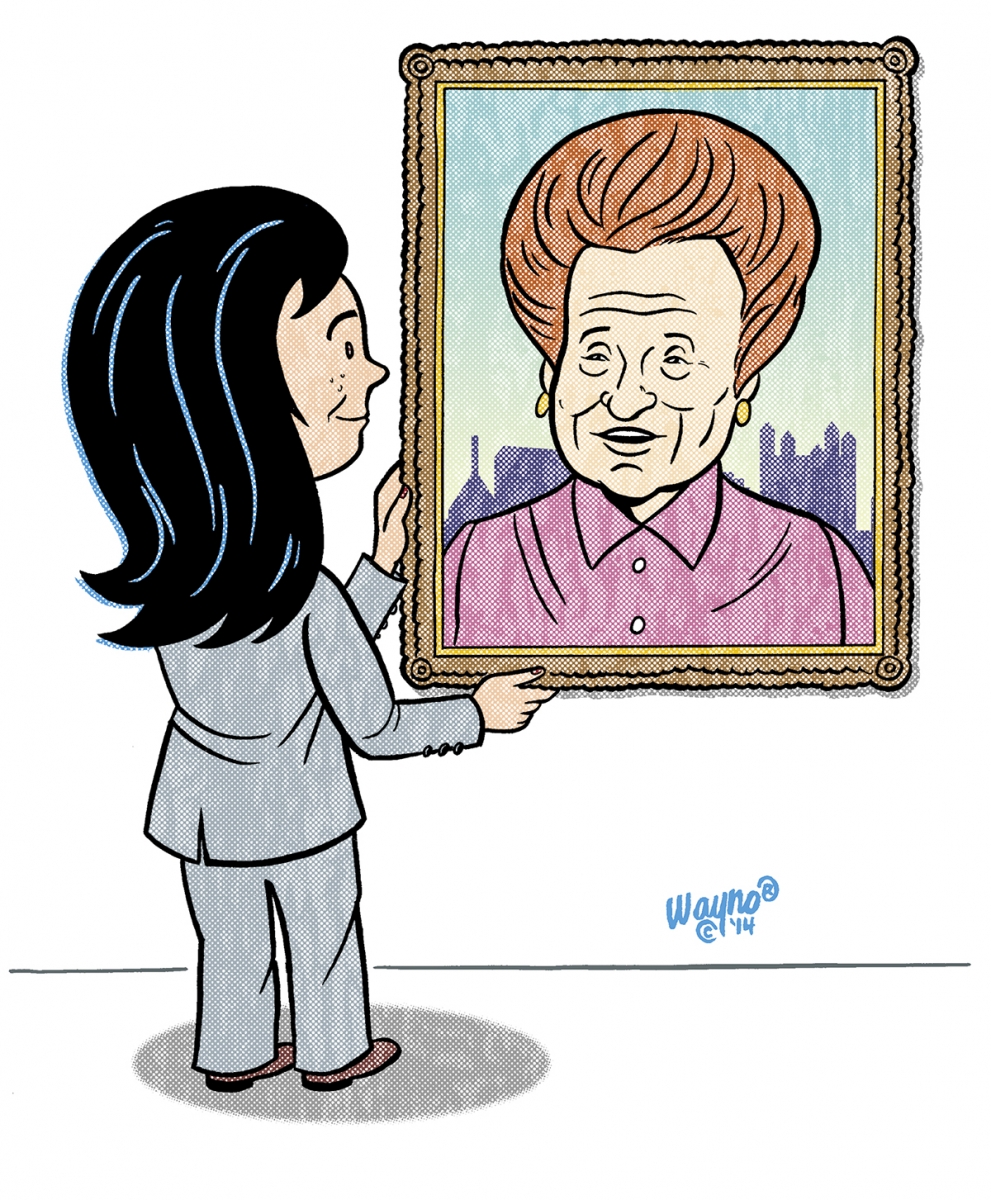 When a well-known cultural figure passes away, it’s the nature of the human being to try to find some personal connection to the icon. “Myron Cope said, ‘Bless you’ to me one time after I sneezed.” “I rode the incline with Yvonne Zanos when I was 7.”

There’s nothing wrong with that — the desire to find some tangible association we can hold while the icon fades to memory. We look for that last thread. A connection, however loose. Something real we can point to as evidence that we appreciated and acknowledged the person’s presence before it was taken away.

I have no such connection to Sophie Masloff. I never saw her outside of the newspaper or television. I never wrote her fan mail, and she never drove past my house and tooted her horn in appreciation of my dinky lemonade stand. (I also never made more than $3 from a lemonade stand, but that’s what happens when you live in a cul-de-sac — or as we called them back in the ’80s, a dead end.)

I can tell you stories about Mayors Bob O’Connor and Tom Murphy. And, let’s be honest, I could write a book about Luke Ravenstahl. But I have nothing to tell you about Sophie Masloff. I was in my mid-30s (ugh) before I studied the life and death of Roberto Clemente, and it changed me. After the mid-August death of Sophie Masloff, I dug into the archives to learn what I didn’t know.

I didn’t know Pittsburgh’s first female and first Jewish mayor never had a job outside of local government. Born in the Hill District, she graduated in 1935 from Fifth Avenue High School and held jobs as a stenographer and bookkeeper before she went on to work at the county tax office in 1936. That began a civil-service career that would end in 1994. That’s 58 years. I did the math for you.

I didn’t know it was her idea to give the Pirates their own stadium. The proposed arena was to be — in the words of an Associated Press reporter — “open-ended and afford most spectators a view of the downtown skyline.” She said to the Pittsburgh Post-Gazette after she left office, “It went over like a lead balloon. It was just a suggestion that we look into it, and it almost got me impeached.” I hope in 2001 she drove down Grant Street screeching, “I TOLD YINZ SO!” out her car window.

I didn’t know of her bravery. In 1984, she spent 12 days in Russia helping Jews who were not permitted to emigrate. She unflinchingly bought a winter coat for one such woman as Soviet security agents looked on, according to the P-G.
I didn’t know her famous malapropisms — said in a voice she described as “squeaky and recognizable but certainly not desirable” — often were said intentionally in jest, including “The Dreadful Dead,” “The How” and “Bruce Bedsprings.”

I didn’t know she wasn’t afraid to balance being the mayor with being a woman, embracing her fierceness and maternal nature. She reported to work every day at 8 a.m., except Tuesdays because that’s when she got her hair done. The same woman who told the Beaver County Times, “I am a grandmother, and I am a housewife, too. I can’t say I’m a 35-year-old hot shot. This is what I am,” also said to the P-G, “Nobody wants to force their will on me. None of them have because I won’t accept it.”

I didn’t know how much she cared about the people of Pittsburgh. She took office with the commitment to attend everything she was invited to and once said, “I will talk to anybody, no matter who they are, who has anything to say to me.”

I didn’t know that residential recycling, mandatory police drug testing and the privatization of some city-owned assets, such as the National Aviary, were her ideas.

I didn’t know to what extent Sophie spoke her mind. When former City Councilwoman Michelle Madoff successfully lobbied to get the council’s bathroom converted into a unisex one (that incidentally had two urinals in one stall to “promote camaraderie”), Sophie was asked why she didn’t attend the ceremony to celebrate the completed bathroom. She said to the P-G, “What the hell do I care about her toilet? I got more important things to do.”

When it was proposed to reduce the size of the beers sold at Three Rivers Stadium by 4 ounces, she refused to support it, telling the press it was tough to nurse a 12-ounce beer all evening. Can she get an amen?

And when asked about filling beloved Mayor Richard S. Caliguiri’s large shoes, Sophie told the Beaver County Times, “I’m hoping that when I walk out of here I’ll leave behind the same kind of city that Caliguiri left.”

Dare we say she left it a little better than she found it?

This article appears in the October 2014 issue of Pittsburgh Magazine.
Categories: From the Magazine, PittGirl