The former Duquesne University president died Wednesday of a heart attack at age 82. 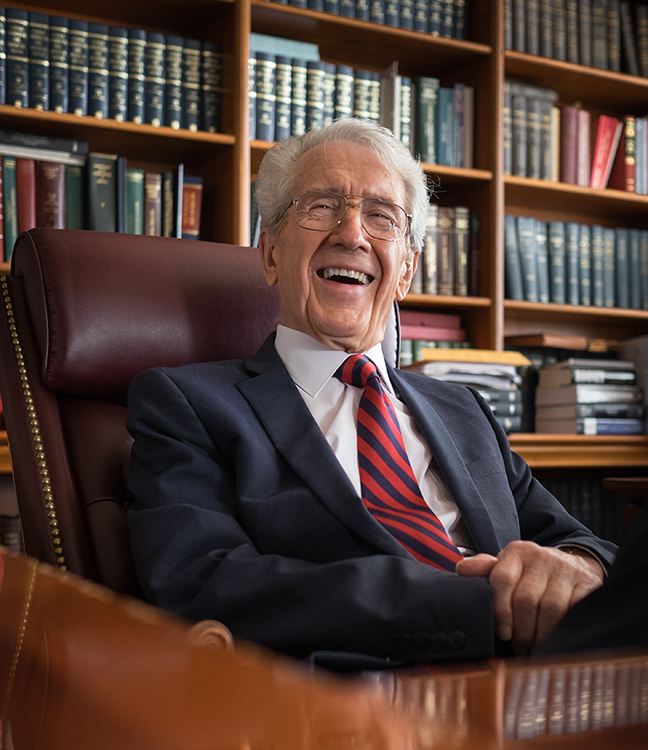 Murray began his teaching career at Duquesne in the 1960s, leaving to become dean of Pitt’s law school — and later Villanova’s — before returning to Duquesne to serve as the university’s president from 1988 to 2001. Throughout that time, he never stopped teaching.

Considered one of the nation’s experts in contract law, Murray taught courses that were routinely packed with students vying for available spots.

“This is what I wanted to do when I grew up,” he told writer Niki Kapsambelis in a story about Pittsburgh’s best professors, published in August. “Ever since I was in law school, I wanted to be a law professor. “I think it’s interesting stuff, and I try to communicate that to the students. It’s critically important to me to be able to look out in the classroom and think perhaps the light has gone on in some brains and eyes.”

To Murray’s wife Marjorie Smuts and his son Tim, we offer our sincere condolences.