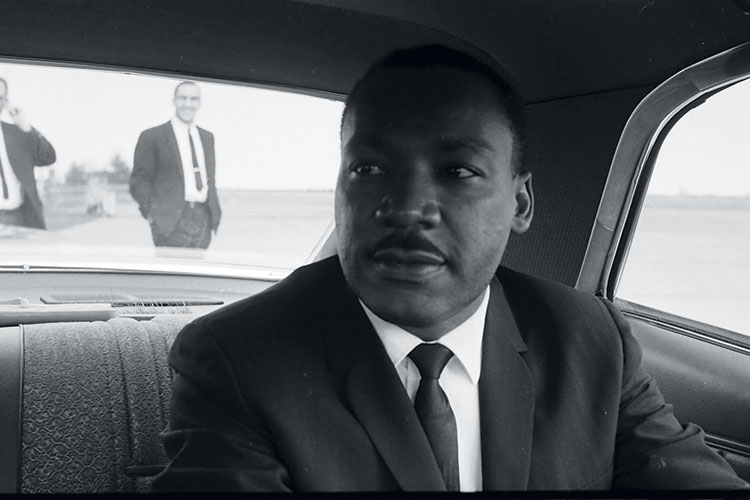 Dr. Martin Luther King Jr. was 27 years old in May 1956, the first time he visited Pittsburgh.

Originally from Atlanta, King was serving as the pastor of Dexter Avenue Baptist Church in Montgomery, Ala. His early tenure in the role was spent organizing and leading the historic bus boycott which had started the previous December when Rosa Parks refused to give up her seat on a city bus. Already a rising voice in the fight for civil rights, King came to Pittsburgh to speak to youth groups at Ebenezer Baptist Church in the Hill District.

King returned to preach at Central Baptist Church on Aug. 29, 1958; by then, he was growing in national stature as one of the founders of the Southern Christian Leadership Conference (SCLC), the important civil rights organization that fought segregation throughout the South.

As the 1960s dawned, a pair of civil rights gatherings called Freedom Jubilees took place at Forbes Field. The events, held June 19, 1960, and July 9, 1961, attracted thousands; King was the headliner on guest lists that included Mahalia Jackson, Harry Belafonte and others. He railed against segregation, calling it “nothing but slavery covered up with the niceties of complexity.” He also cautioned against violence, saying it “can lead only to an endless reign of chaos. A much better and more creative way open to the Negro is non-violence.”

In April 1963, King led another set of demonstrations in Birmingham, Ala., where mass meetings, marches, lunch-counter sit-ins and various other nonviolent attempts to disrupt the city’s businesses led to his being arrested and jailed. On May 22 of that year, King returned to Pittsburgh to deliver a speech titled “The Future of Integration” at the 15th annual Conference of Commissions for Human Rights, held Downtown at the Penn-Sheraton Hotel (now the Omni William Penn). He was by then the most important national figure in the ongoing fight for civil rights; slightly more than three months later, at a massive demonstration in Washington, D.C., King would deliver his famous “I Have A Dream” speech in front of the Lincoln Memorial. In December he would be named Time Magazine’s Man Of The Year; in 1964, he won the Nobel Peace Prize for his non-violent attempts to overcome racial injustices in America. At the time, he was the youngest person ever to be so honored, a distinction now held by Malala Yousafzai.

King’s next trip to Pittsburgh was on Nov. 2, 1966, when he was booked to speak at the University of Pittsburgh Student Union. The Pittsburgh Post-Gazette reported, “Dr. King drew the largest turnout of students ever to hear a visiting speaker in Pitt’s Student Union. The main auditorium was filled to overflowing and hundreds of students stood or sat in halls and other rooms, listening to his speech by loudspeakers.” He spoke for almost an hour about the continuing need for racial equality, the rise of the new Black Power movement and the Vietnam War. He also held a question-and-answer session after the speech in the Student Union’s Lower Lounge.

As he wrapped up his formal speech, he remained a man of peace and optimism, saying “I still believe in the future. Our goal is freedom, and we’ll get there because the goal of America is freedom. Abused and scorned as we may be, our destiny is bound up with America’s … The heritage of our nation and God are on our side, and with this faith, we will transform the jangling discords of our nation into a symphony of brotherhood.”

It would be his last visit to Pittsburgh. Seventeen months later, on April 4, 1968, he was assassinated in Memphis. He was 39 years old.

This article appears in the February 2017 issue of Pittsburgh Magazine.
Categories: Rick Sebak