The storied grappler captured the imagination — and the hearts — of generations of Pittsburghers. 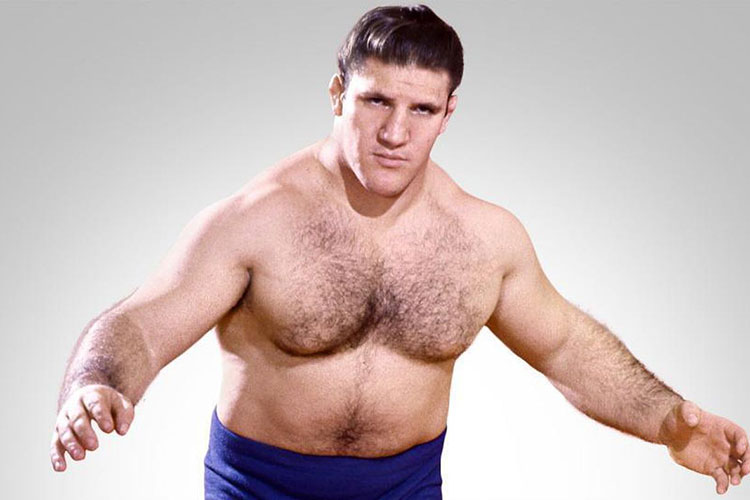 There are few Pittsburghers who have maintained the love and respect of so many as effectively as Bruno Sammartino. A muscular, sturdy powerhouse of a man who became famous for grappling, pummeling and occasionally body-slamming other men in dim arenas and on television screens, he was called the “The Italian Superman” and “The Living Legend.” He died on April 18 at the age of 82.

When Channel 11 — then WIIC, now WPXI — in 1959 started broadcasting a program called “Studio Wrestling,” Sammartino became one of the star attractions. Locals young and old were excited by the slightly brutal, overly dramatic and sometimes goofy show. Mayor Bill Peduto, in his official statement about Sammartino’s passing, remembered, “Some of the fondest memories of my childhood are of sitting in the basement with my grandfather on Saturday mornings and watching Bruno wrestle.”

​Sammartino’s childhood was rough. Bruno was born in 1935 in the small town of Pizzoferrato in the Abruzzo region of Italy; during World War II, he, his siblings and his mother had to hide in the mountains to avoid the Nazis occupying the town. His father Alfonso had moved to Pittsburgh to find work in the 1930s, but Bruno and the rest of his family didn’t get to join him until 1950. He once told a reporter, “When I came to this county, I was a human skeleton.” 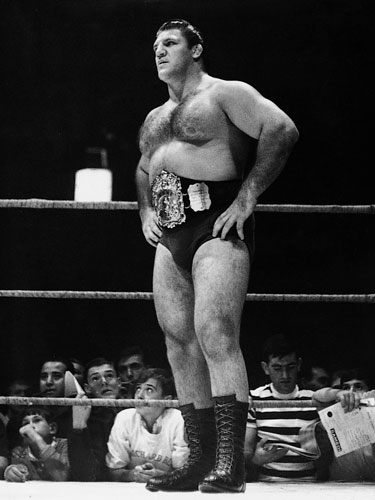 His family lived in South Oakland. He attended Schenley High School, where he started lifting weights to build strength and confidence — and to deter kids who bullied him. His efforts paid off. He did some work as a carpenter but continued to work out in the gym; in 1959, he set a world record for the bench press by lifting 565 pounds.

He soon had a reputation as a strongman in Pittsburgh, and his first TV appearance was on a local show hosted by veteran sports broadcaster Bob Prince. A local fight promoter saw him and recruited him to become a wrestler. Bruno became known for drawing big audiences around the country (and around the world). He would go on to sell out Madison Square Garden more than 100 times.

The politics of pro wrestling can be very convoluted and confusing, with shifting allegiances and acronyms galore (WWWF became the WWF and eventually the WWE), but Bruno was the promotion’s heavyweight champion from 1963 until 1971 (a reign that has never been matched) and then again from 1973 until 1977. He came to criticize the WWE for on-screen antics and off-screen drug use in the late 1980s and ’90s. Sammartino and the WWE buried the hatchet in 2013, and Bruno was inducted into the WWE Hall of Fame. Giving the induction speech, Arnold Schwarzenegger said, “he brought so much great inspiration to so many millions of children.”

He won’t be forgotten. KDKA host Larry Richert and a group called HM3 Bruno has been assembling footage for a documentary on Sammartino for almost 10 years now; a release date will soon be announced.

“My father in-law, Dan Marino Sr., is from the same town in Italy as Bruno,” Richert says. “And I’ve been lucky to go to Italy twice with Bruno: once in 2010 to revisit some of the places where he hid during World War II, and again in 2017 for the dedication of a Bruno statue in Pizzoferrato — and a new medical center named in honor of Bruno’s mother. Bruno often said that everything he did was to make his mother proud, and [that his] ‘mother had the heart of a lion.’”

Everything he did seemed to make Pittsburgh proud too.

This article appears in the June 2018 issue of Pittsburgh Magazine.
Categories: Rick Sebak