Remembering A Rescuer of Gentle Giants

Richard Kohl devoted most of his adult life to caring for homeless large-breed dogs. 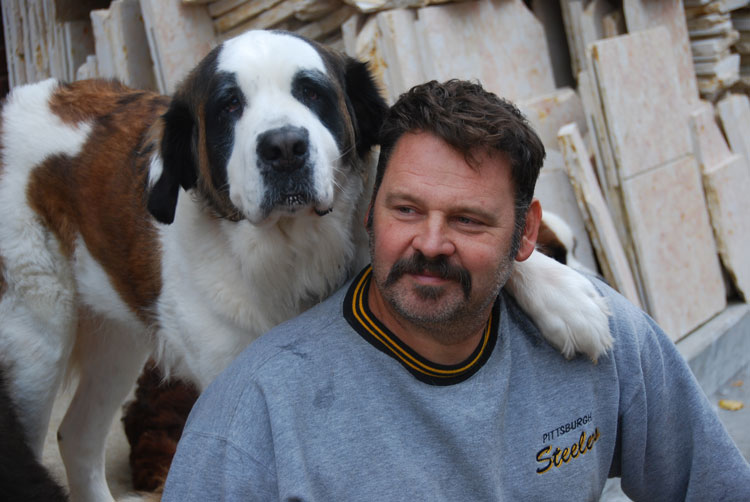 Richard Raymond ‘Grud’ Kohl was a lover and savior of countless large-breed dogs.

Kohl, who, along with his wife Noreen, operated Gentle Ben's Giant Breed Rescue, died Thursday after a yearlong battle with a rare adrenal cancer. He was 56.

For 20 years, the nonprofit rescue operation in New Sewickley, Beaver County has provided health care, housing and food for large-breed dogs that would otherwise end up in shelters. As we noted in Pittsburgh Magazine's Best of the 'Burgh 2016 issue, “Every dog comes to Gentle Ben’s for a different reason, but the goal is always the same: a safe, loving place to stay until he or she finds a forever home.”

The Kohls’ rescue work began early in their 26-year marriage. There currently are 19 dogs under their care, including one of Kohl’s favorites — a 4-year-old Great Dane named Sophie, who was with him at the end.

“His special girl was right by his side when he passed,” Noreen Kohl told the Pittsburgh Post-Gazette. “When they took him away, she went to every room in the house looking for him. It was so sad. She was by his side the whole time he was sick.”

A memorial is planned for Saturday at the previously scheduled second annual ‘Big Hogs for Big Dogs” fundraiser – from 11 a.m. to 7 p.m. at Robert’s Roadside Inn [1020 Sharon Road, Beaver].