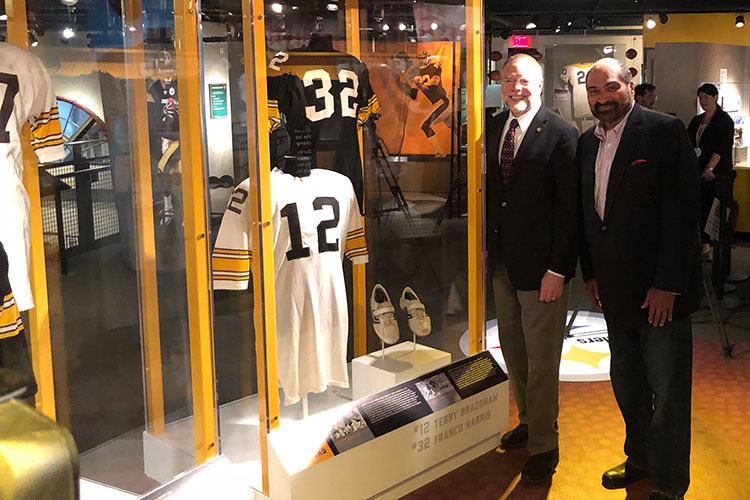 The Pittsburgh Steelers are taking a more prominent place in sports history with the opening of a new exhibit at the Western Pennsylvania Sports museum within the Senator John History Center.

On Nov. 29, Pittsburgh Steelers legend Franco Harris helped to unveil the exhibit, now open to the public, which features the signed jersey and shoes he wore during the iconic Immaculate Reception in 1972 and his Super Bowl IX ring. Other artifacts include game-worn jerseys from Joe Greene, Terry Bradshaw, Dwight White, Hines Ward, Jerome Bettis and Ben Roethlisberger. Many of the jerseys were given to the museum courtesy of partial-owners of the team Thomas and Alba Tull.

For Anne Madarasz, director of the Sports Museum, the exhibit shows the evolution of the Steelers from “lovable losers” to one of the greatest football teams in history. 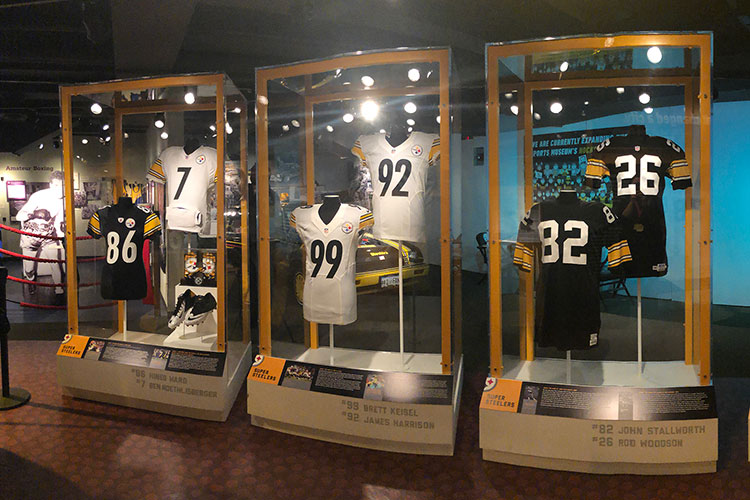 “I really enjoy seeing all of these jerseys come together from the early days in the ’70s to the present day,” she says. “Seeing the things that are the same but different — like Bradshaw’s shoes and Ben Roethlisberger’s shoes, and Bradshaw’s jersey and Ben’s jersey — [I like] seeing that change over time.”

In addition to the rich sports history of Super Bowl wins and unbelievable touchdowns, Madarasz believes one of the highlights of the exhibits is the history the Steelers bring to the NFL.

“There’s some really great stories here, Franco is the first African-American and Italian-American Super Bowl MVP and Hines Ward is the first Korean-American MVP and of course, he is the second foreign-born player to win the Super Bowl,” she says. “So seeing some of the stories beyond sports and the doors that these guys are opening [is important].”

The Super Steelers exhibit is included with regular History Center admission. More details can be found at the History Center’s website.