Whether you're a fresh grad or you've been removed from the academic scene for years, Lawrenceville's moviehouse is showing stellar flicks this weekend, including two that were shot in the area. 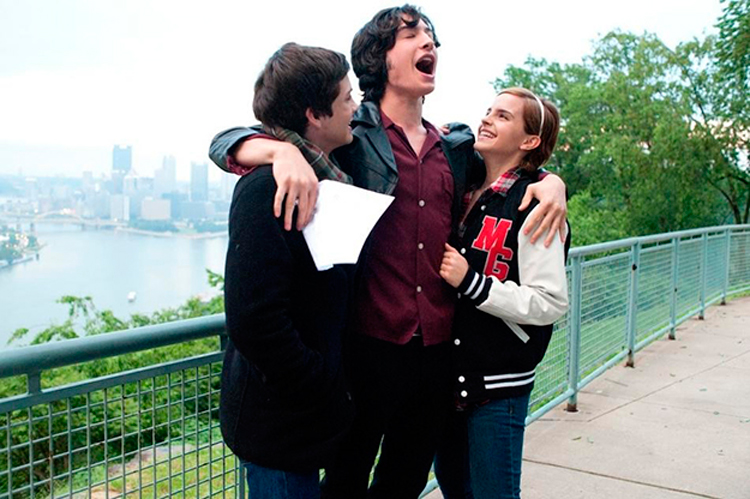 CONTEMPLATE YOUR FUTURE WITH ROW HOUSE’S GRADUATION WEEK
If you’ve just graduated from college, we hope you’re doing OK in this, possibly the most uncertain moment of your existence to date. If your mortarboard days are well in the past, well, we hope that you’re now feeling less confused than you did then. Either way, mull over your own past and/or future starting tomorrow at Lawrenceville’s Row House Cinema with help from the Graduation Week selections. To really bring it home, the lineup includes two locally made coming-of-age stories: “The Perks of Being a Wallflower” (pictured above), adapted from Pittsburgh native Stephen Chbosky’s novel, and the underrated comedy “Adventureland,” filmed largely at Kennywood. “Boyz n the Hood” and, of course, “The Graduate” round out the lineup.
(4115 Butler St., Lawrenceville; click here for showtimes and tickets)
—Sean Collier

A HUMBLE PLEA: MAYBE DON’T GET WASTED THIS SUMMER
After Dark is a nightlife blog, and producing it often involves recommending things to drink, places to drink and things to do while drinking.That said — as another Kenny Chesney concert looms — we’d like to take this week to remind you that nothing in the official yinzer bylaws requires you to drink to excess in order to maintain your civic identity. A few modest words on alcohol and the enjoyment thereof — particularly, you know, in public — this week in After Dark!

STRETCH YOUR LEGS FOR A CAR-FREE DOWNTOWN TAKEOVER
Last summer, OpenStreetsPGH took over downtown for a few hours, and it was pretty awesome. The idea was simple: close the streets to motor-vehicle traffic so everyone else can enjoy them for a change. Aside from hoards of runners, bikers and skaters, there was yoga in Market Square, Zumba on Sixth and Penn and a rock-climbing wall on the Roberto Clemente Bridge. And that was just the test run.

The real thing is on Sunday morning (the first of three such events this year), and it’s a lot bigger. Organizers are opening up 3.5 miles of space — compared to the half-mile of last year’s preview event — from Market Square to Lawrenceville running along Penn Avenue and Butler Street. Activities will include hula-hooping in Leslie Park and ballroom dancing on Eighth Street and Penn, so make sure you check the schedule before you head downtown (sans car, of course).
(8 a.m.-noon; click here for full schedule and more info)
—Brady Langmann
​
​

IN THEATERS: To be fair, if we made a list of people we’d want around during a natural disaster, The Rock would be near the top. Dwayne Johnson stars in “San Andreas,” out nationwide this weekend. Cameron Crowe’s “Aloha,” with Emma Stone, Bradley Cooper and Rachel McAdams, also appears this weekend.

Take a trip into the off-limits shopping mall that Barbra Streisand keeps in her basement — really — via the play “Buyer & Cellar,” playing now at the O’Reilly Theater. Click here for info. — S.C.

This article appears in the May 2015 issue of PMWeekend.
Categories: Things To Do