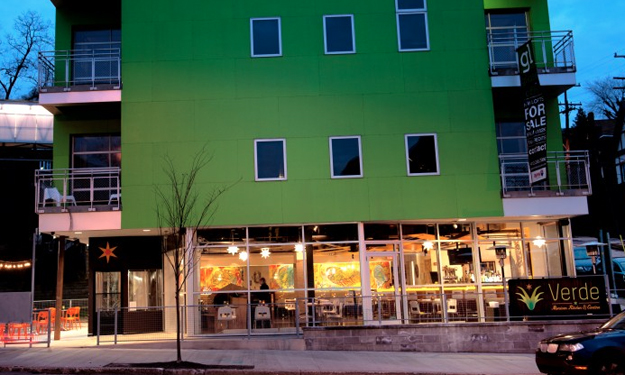 Being an editor around these parts can make you awfully hungry. Last month, our intrepid food critic, Valentina, sampled the fare at the all-new Porch at Schenley, and my mouth started watering; next month, she’ll take on East Liberty’s new ultra-cool Mexican hotspot, Verde Mexican Kitchen and Cantina, and as soon as the first drafts started circulating around the PM offices, visions of Enchiladas began dancing in my head.

I’d had enough: It was time to get some grub.

The common thread uniting these two spots might be their great potential for hot summer nights. Both The Porch and Verde have garage-door sides that can open to create an ideal setting for al fresco dinner and drinks. At The Porch, you can watch the Pitt students wander and relax in and around the Plaza or stare up at the Cathedral of Learning towering above; at Verde, pick a night with a lot of activities in the neighboring galleries (Unblurred would be a great opportunity) and play people-watcher as the sun sets. If this adaptability for the warmer months is a growing trend — heck, even our concert venues are learning to handle it, if Stage AE is any indication — consider me pumped.

Other reasons to be excited, at least personally: happy hour at The Porch. It runs from 4:30-6:30 weekdays, and offers $3 drafts (including local choices — when I visited, offerings from Penn Brewery, East End Brewing and Full Pint were on tap) and six wines for $5. A great post-work hangout for anybody; but if you’re like me and you’re trying to fight the Parkway East at about that time every day, just take the Forbes Ave. exit, grab a beer and let the traffic clear. If you’re feeling a bit more festive, go for the house-made Sangria or the Pineapple Sage Margarita with pineapple-infused tequila.

Speaking of tequila, that’s the main event over at Verde. I remember reading about the sipping potential of finer tequilas a few years ago, but I was skeptical; I’m not going to buy an expensive bottle on spec, and where are you going to go in Pittsburgh to try top-shelf varieties? Well, we now have an answer. An emphatic answer, actually, as Verde boasts a stunning 170 tequilas made of 100% Blue Agave (advertised as the largest collection in Pennsylvania.) Sip a few on the bartender’s recommendation, see how they do in one of Verde’s seasonal margaritas, or — the best option for the curious — try a tequila flight. They offer a number of different collections, all featuring three ½-oz pours; enough to learn a thing or two about what this complex and underrated liquor has to offer. 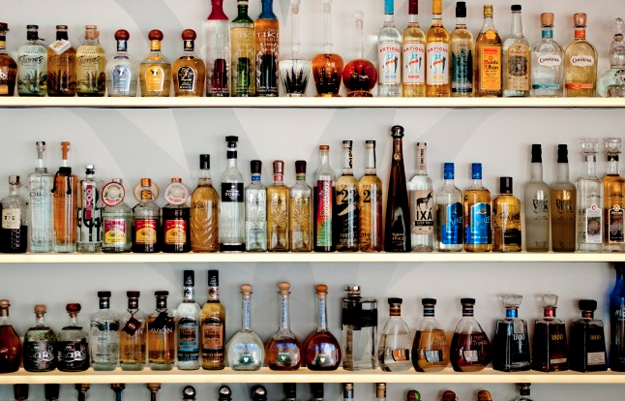 I have to mention, though, that the cocktail expertise at Verde doesn’t stop at tequila. I ordered a lemony drink based around locally-made Wigle Whiskey, and was taken aback; it was one of the best cocktails I’ve tasted since the sad day when Embury closed its doors. Whether you’re after the food or not, Verde should be a regular stop for top-notch drinks.

As for the food at these joints, I’ll leave that to Valentina; I will add, though, that you should pay careful attention to the specials at both. At The Porch, I tried an appetizer special with mussels and chorizo, which might have been the tastiest thing we tried; at Verde, I went with a special carne asada tacos plate for my entree, and loved it. Suffice it to say that both establishments know what they’re doing, and you won’t go wrong sampling their latest creations.