The Ohio Township farm, particularly popular during its annual fall festival, is shutting down after more than three decades. 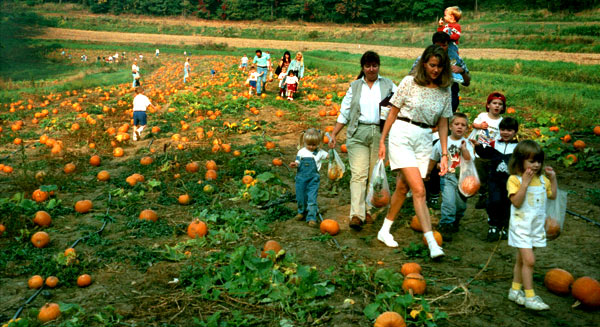 For thousands of Pittsburgh-area families, fall meant a trip to Reilly's Garden Center at Summer Seat Farm in Ohio Township. Since 1984, the 85-acre farm was a go-to spot for pumpkin patches, hayrides, berry picking, scarecrow stuffing, bonfires and all things autumn. But this is the last year for the farm's annual fall festival. Owners Mike and Cherie Reilly are shutting down the farm on Nov. 13.

The couple is taking the first steps towards retirement after over 30 years of devoted life on the farm.

“Finally, you get to that time. There are so many things that you could have done, family obligations, [but didn’t] because you have to do things here [at the farm],” Reilly tells the Pittsburgh Post-Gazette. “There are things more important than making a profit.”

Their four children do not wish to step into their parents’ shoes.

Garden Center regulars reminisce over social media about memories on the farm. From wedding proposals to first hayrides and sibling rivalries over who picked the biggest pumpkin, Reilly’s brand of entertainment farming was a staple activity for Pittsburgh youth and parents.

The 2015 Fall Harvest Festival held at the garden center on Summer Seat Farm will be the last. Traditional festivities like the Boo Barn, pedal go-karts, face painting, and corn stalk maze games will be ready for enjoyment 10 a.m. to 4 p.m weekends throughout October.

After the festival concludes and November rolls around, those who want to take a part of the farm home with them can bid on Garden center artifacts, which will be auctioned off Nov. 14.