This year's EQT Pittsburgh Three Rivers Regatta will bring the flying-contraption competition to Pittsburgh for the first time. 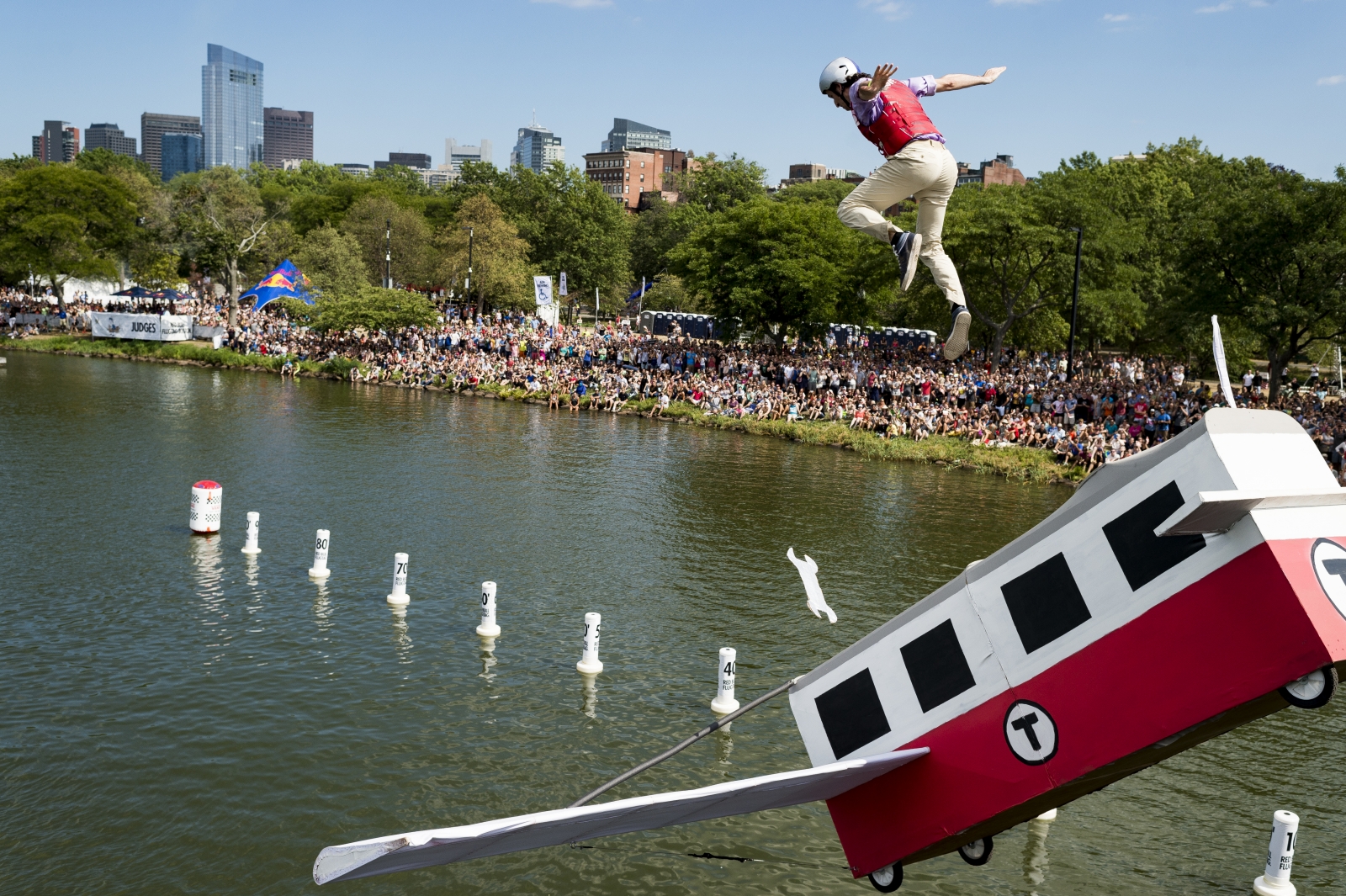 The EQT Pittsburgh Three Rivers Regatta is an event known for elegant machines gliding with grace and speed over the surface of the Three Rivers.

For the 40th anniversary of the event, however, clunky contraptions are going to plummet awkwardly into those waters.

On Aug. 5, the Regatta will host Red Bull Flugtag Pittsburgh, bringing the flying-contraption competition to the Steel City for the first time. Flugtag — which means Flying Day in German — offers teams the chance to build a human-powered flying craft and compete for glory. Entries are judged on creativity, performance (teams are required not merely to soar, but also put on a show) and flying distance.

Red Bull Flugtag has taken place in more than 65 cities worldwide. To date, no craft has flown more than 258 feet, a record set by a group called The Chicken Whisperers on Sept. 21, 2013 in Long Beach, Calif.

Unlike those gently soaring chickens, most Flugtag creations make a quick journey into the water below — as these highlights indicate:

Registration for hopeful competitors is now open at redbullflugtag.com. Teams of five, all of whom must be at least 18 years of age, can submit a sketch and pitch until May 1. Finalists will be selected by May 8.

“When you write up your application, be detailed. Have a sketch; have a video, if possible, as well,” Ostergran says. “Give them a story behind why you want to be there.”

Stay tuned to the Regatta's website for details on the event, as you’ll want to get a good spot to see the action; Flugtag competitions routinely draw crowds numbering 100,000 or more.