Recognition on The Hill

Bradford Young's “REkOGNIZE” at the Carnegie Museum of Art. 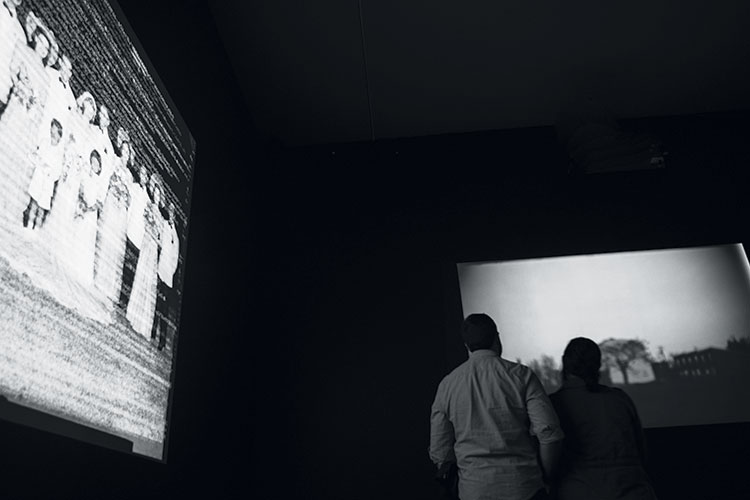 Bradford Young, best known as the Oscar-nominated cinematographer of such films as “Selma” and “Arrival,” is also a lauded visual artist. In “REkOGNIZE,” a three-channel video installation currently on exhibit at the Carnegie Museum of Art (cmoa.org), Young takes inspiration from the history of Pittsburgh’s Hill District.

“REkOGNIZE,” which includes a musical score by composer and jazz pianist Jason Moran, captures the essence of the neighborhood once called “the crossroads of the world” by poet Claude McKay. The Hill was a destination for many African-Americans in motion from South to North during the Great Migration of the early 20th century, and luminaries such as Erroll Garner, Mary Lou Williams and August Wilson contributed to its cultural life. Also among that group: the late Charles “Teenie” Harris, whose photos are absorbed into the installation.

The museum describes “REkOGNIZE” as “a meditation on photography, memory and movement.” That last element, movement, finds expression, both realistically and symbolically, through Young’s visual focus on the city’s entrance portals: the tunnels leading into Pittsburgh.

This article appears in the December 2017 issue of Pittsburgh Magazine.
Categories: Arts & Entertainment