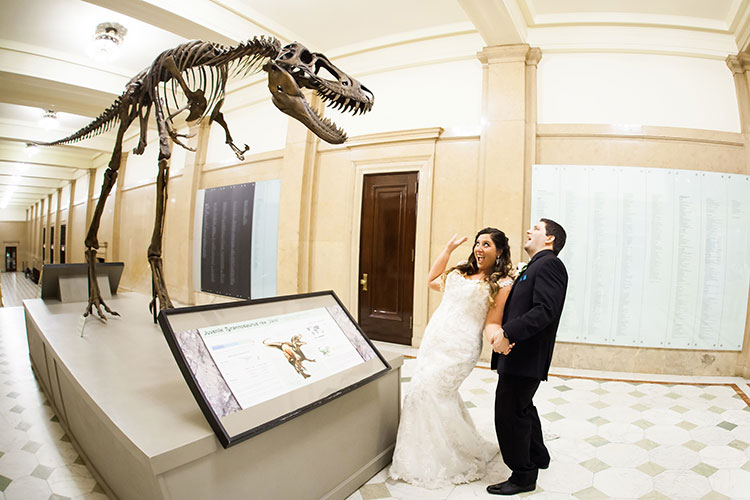 It wasn’t “love at first sight” for Melanie Adlesic and her husband, Matt Martino. The two met at the Indiana University of Pennsylvania in 2002 and were friends for more than 10 years before sparks unexpectedly flew in 2012 when they moved into the same Ross Township apartment complex.

“I was going to my high school reunion, and I was having a bunch of my friends from high school over, and he had just moved into the apartment,” Melanie says. “We had told him and his roommate to come down and hang out with us before we left. I just saw him in a different way [that day], and he kind of saw me in a different way, and it just happened without us really even knowing.”

Although going from friends to dating may take some time, these couples show that it’s always possible to get out of “the friendzone.” 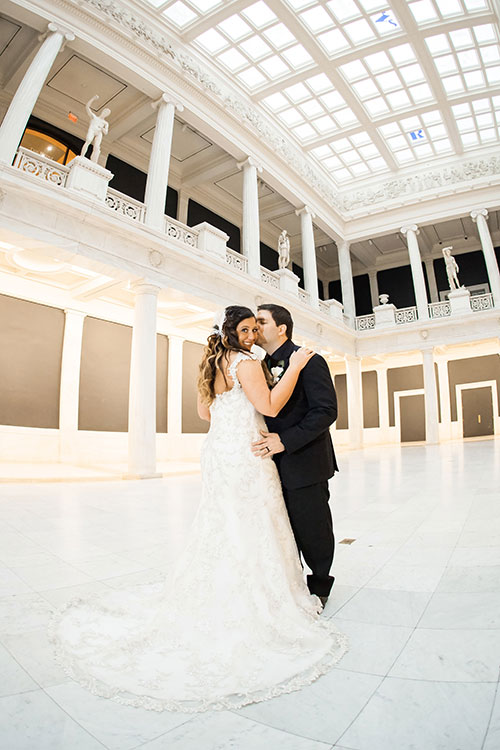 10 Year Later
Matt and Melanie became friends through Melanie’s roommate at IUP, who had gone to the same high school as Matt. Matt came over to work on a class project, and he and Melanie clicked instantly, doing more talking than schoolwork.

Looking back, they say it was like they always knew marriage was on the horizon.

“It’s funny because we see weird little coincidences, even when we were in college. He called me his ‘wife’ as a friendly nickname because we were together a lot, and we always joked that since we were such good friends, we should just get married,” Melanie says. “Even our other friends would joke that we were like a married couple. We feel like we were definitely meant to be together, and we were just the last two to be clued in on it.”

After reuniting again in 2012 in Melanie’s apartment, the couple was on and off for about a year because of their busy schedules — Melanie had a 9-to-5 job, and Matt worked the night shift as a nurse.

But after a weekend trip to Philadelphia and a few more months of dancing around the issue because of their schedule and history as friends, the two decided to make it official and tell their friends and family.

“Almost all of them said they always knew that we were going to be together,” Melanie says. “We were probably always meant to be, but we just had to experience life before we could fully grow up and be ready to be with that person for the rest of our lives.”

The couple married on May 7 at Saint Maria Goretti Parish in Bloomfield.

The best part about marrying your best friend, Melanie says, is that they have built up more than 10 years of memories, happiness and laughter with each other.

“We make more memories every day, but just having somebody in your life for that long, it’s just great to look back and have tons of time to share with one another and remember those times,” she says. 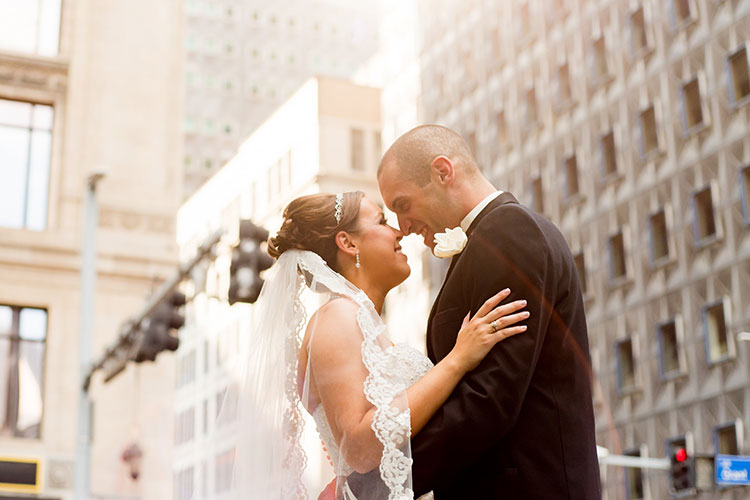 Courting off the Court
Christine Pellegrino and her husband, Raymond “Ray” Srp, met playing basketball at 5:30 a.m. on a Friday at Streetsboro High School in Streetsboro, Ohio, where they both worked — Ray as a baseball coach, Christine as a math teacher and track coach.

“He came back to coach at the high school he graduated from [after graduating from law school], and I was in my first year teaching there,” Christine says. “All the coaches would get together at 5:30 in the morning to play basketball, so we were introduced there and kind of talked to each other casually.” 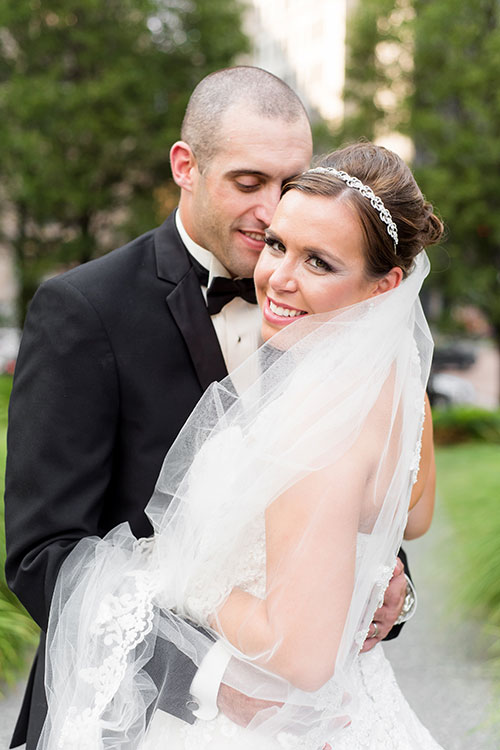 After a few Fridays of small talk and basketball, Ray asked Christine out for a drink in 2013. They spent hours talking that night as if they were best friends and have been inseparable ever since; they got engaged on June 12, 2015 and married on July 23, 2016, at Mother of Sorrows Catholic Church in Murrysville.

Although they became friends over the course of dating, the transition from friends to best friends happened naturally.

Christine says the best part about marrying your best friend is having a teammate for life and an automatic plus-one to sporting events and concerts.

“We have the same interests, so it’s perfect because we enjoy doing the same things together, she says. “I have someone that truly gets me.” 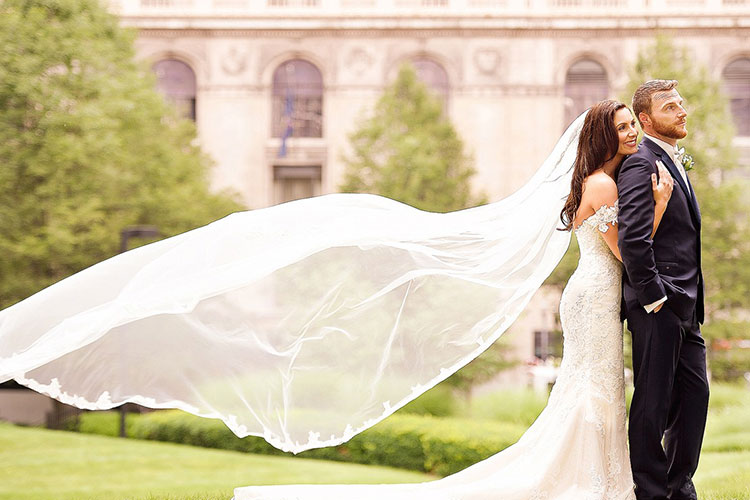 Common Ground
Kathleen Coyne believes that being best friends with her husband, Matt Caponi, doesn’t give them an advantage over other couples, but it does help them communicate better.

“Since we’re so close and were friends before, we can sit down and talk things out before it gets worse, because at the end of the day I want his friendship and he wants mine,” she says.

Kathleen and Matt, both native Pittsburghers, met in 2009 at Nadine’s in the South Side the summer after Kathleen graduated from Penn State University and moved back to Pittsburgh to work for KDKA. Matt, a defensive coordinator at Washington & Jefferson College at the time, was home for the summer since football season hadn’t started yet.

“He was playing bar league softball at the time, and he caught my eye, so I was making more trips to the local dive bar more than I normally would,” Kathleen says. “Our mutual group of friends were inseparable the whole summer.” 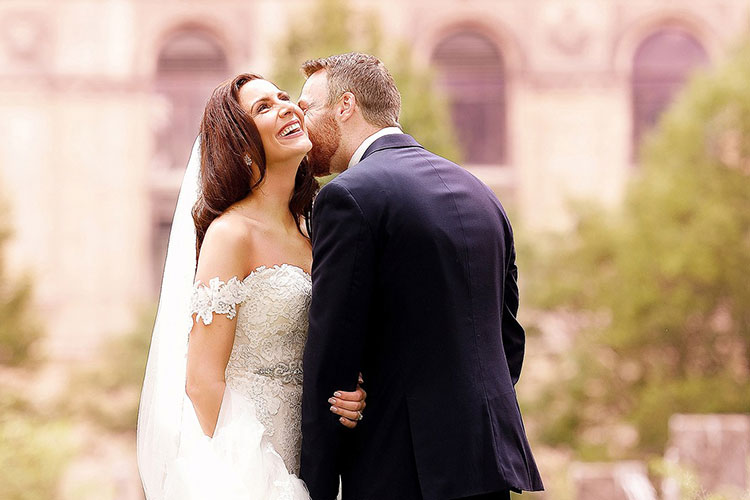 It wasn’t until the end of the summer that Kathleen and Matt realized they wanted some alone time apart from their group.

After many outings to Nakama, Primanti’s and Pages, the couple began officially dating in October 2009, were engaged in the fall of 2014, and married July 2 at Saint Paul Cathedral in Oakland.

For Kathleen, the best part about marrying your best friend is that having similar interests allows her and her husband to be more open and at-ease with each other.

Regardless of what comes their way, Kathleen says thanks to their friendship, they can survive anything.

“With all that marriage will bring, and all of life’s changes that we’ll be faced with, we’re always going to come back to this common ground, and that’s our friendship.”