A long lost family connection provided a bonding mechanism for this Pittsburgh couple. 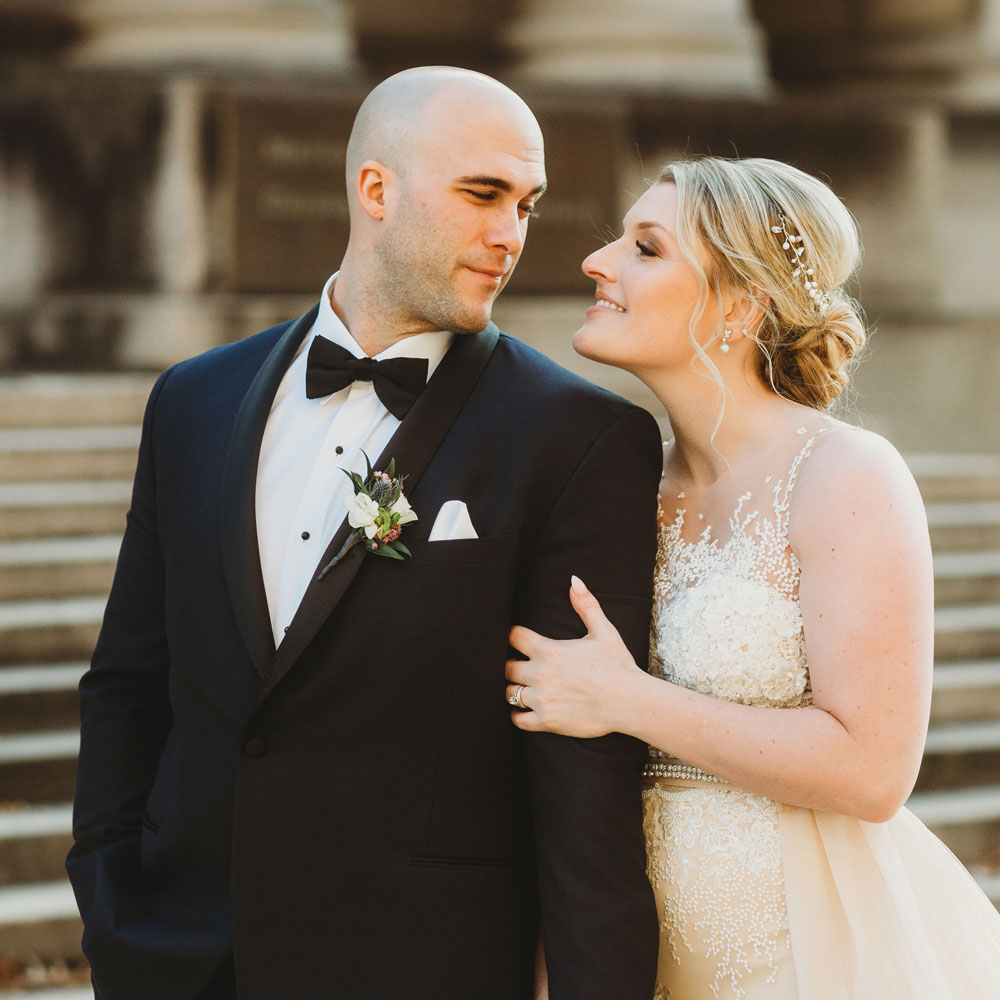 When Kyle Met Emily
A few months after Emily Wahl’s father passed away in 2013, she decided to try online dating.
“I was having a really hard time talking to people,” she says.
On Tinder, she met Kyle Kelsch, and for their first date they went to Latitude 40 in Robinson Township. As they got to know one another, they realized they knew a lot of the same people; Emily grew up in Green Tree and Kyle grew up in Scott Township. They even discovered they were living just five minutes from one another in Scott Township at the time.
The connection got more intriguing when Kyle’s dad later saw the name “Emily Wahl” on his son’s phone.
“He said, ‘Is she related to a Bill Wahl?’ And I said, ‘Yeah, that’s her dad.’”
It turned out Kyle’s father had lived with Emily’s grandmother as a young child; his mother passed away and Emily’s grandmother took him in. 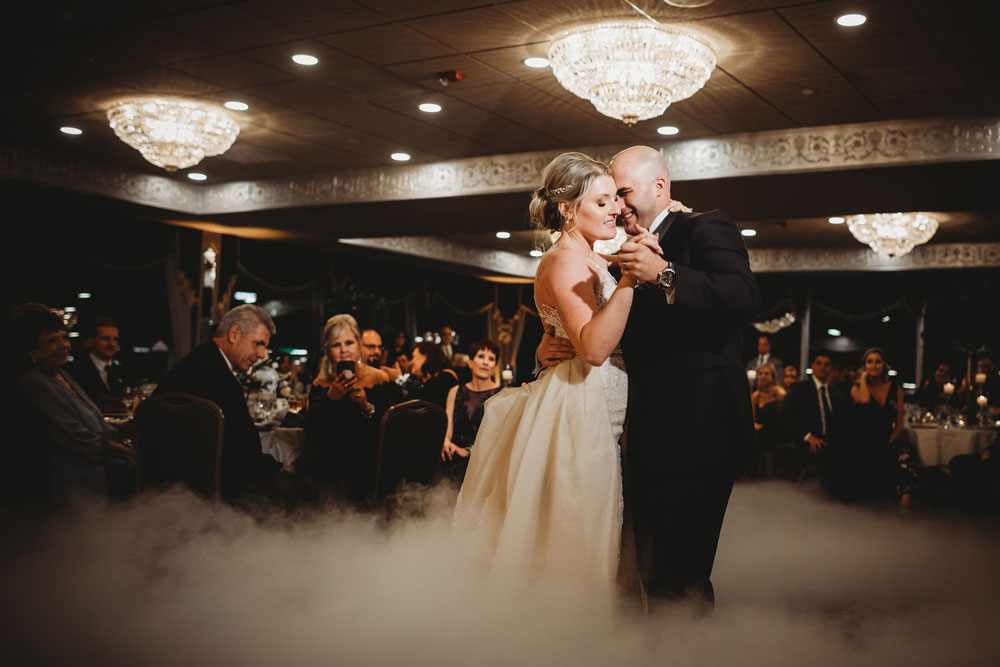 Neither Emily nor Kyle knew anything about the history; their dads, who grew up in Beechview, had drifted apart over the years.
“The first time Kyle’s dad saw my grandma, I think he got pretty emotional,” Emily says. “It was like a reunion. They hadn’t seen each other in so long.
“We found out about that connection and it’s been almost meant to be.” 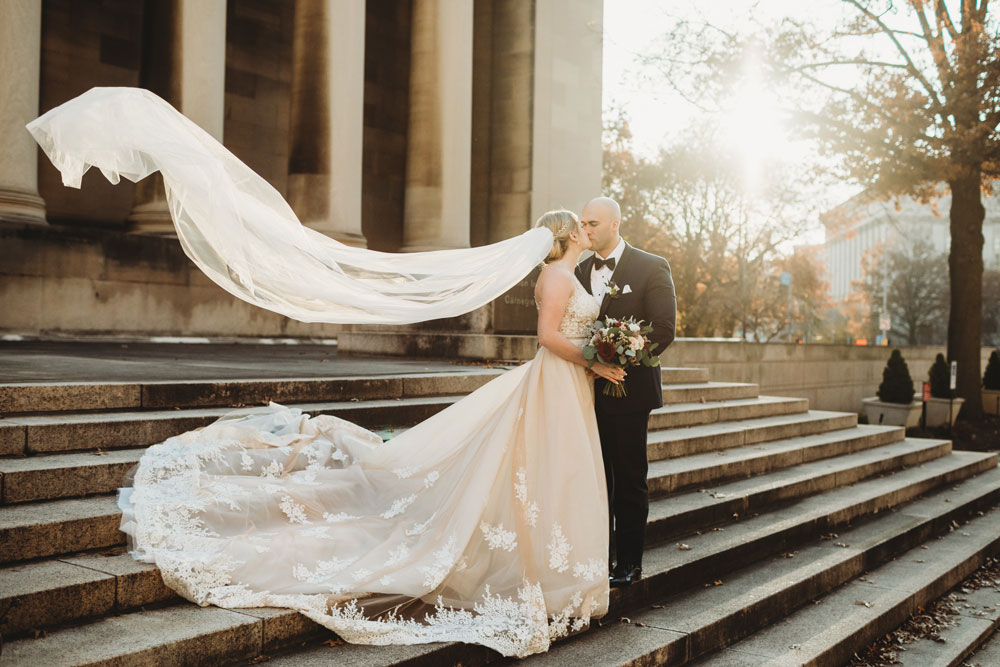 She Said Yes
Kyle popped the question in 2018.
Emily describes the pair as homebodies, so Kyle planned to propose at home. He wanted to have the ring waiting for Emily under a glass dome with a rose, mimicking “Beauty and the Beast,” one of Emily’s favorite movies. He asked Emily if she wanted to shop at Marshalls, which she jokes should have clued her in that something was going on, and asked his mother to come over while they were gone to set the scene.
Emily, of course, said yes. 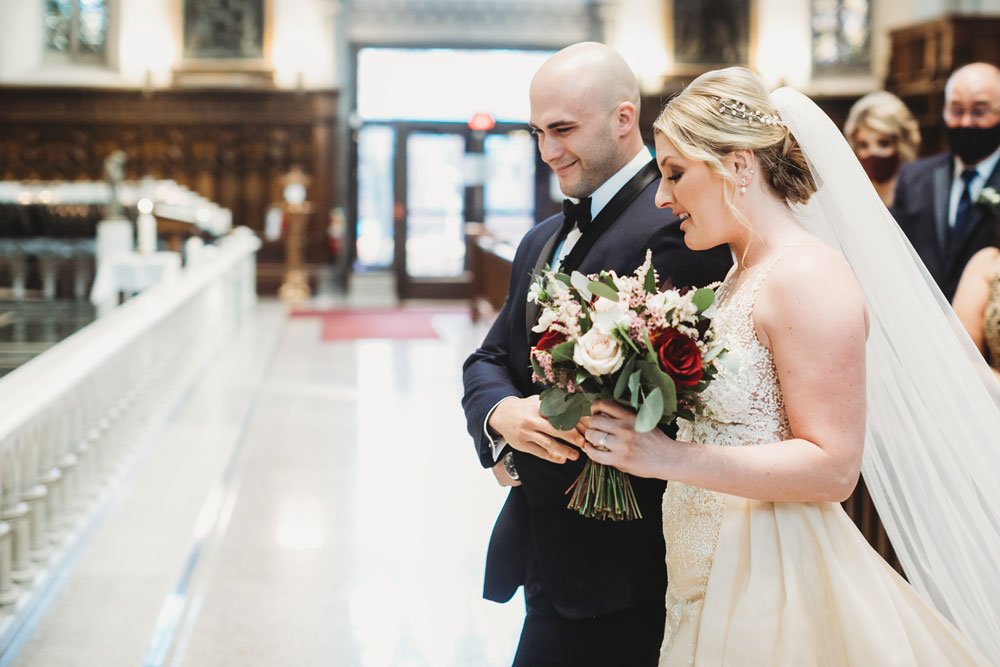 The Big Day
The couple wanted to marry at Heinz Memorial Chapel and booked it two years in advance, planning to wed on Sept. 12, 2020. After COVID-19 forced venues to close, Emily and Kyle decided they didn’t want to postpone the entire wedding another year, so Emily called St. Paul Cathedral in Oakland to see if they had any cancellations. They did, for Nov. 13.
“I wanted to get married at Heinz Chapel, but I swear my entire life I’ve dreamt of getting married at St. Paul Cathedral, because it’s like a princess venue,” Emily says. “It was just perfect.” 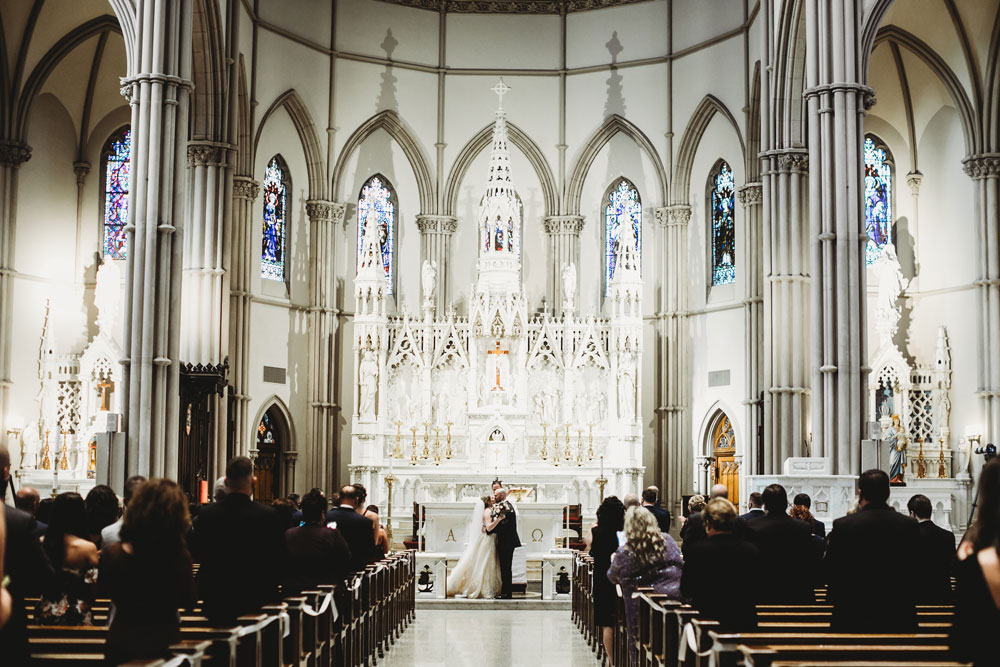 They had to switch reception venues from The University Club to LeMont, but Kyle says the restaurant ended up being perfect and accommodated whatever the couple wanted.
“It felt like such a normal night,” he says.
Emily’s two older brothers walked her down the aisle, and for the traditional father/daughter dance she danced with the men in her life who had supported her: her brothers and her father’s brothers.
“It was really special,” she says. 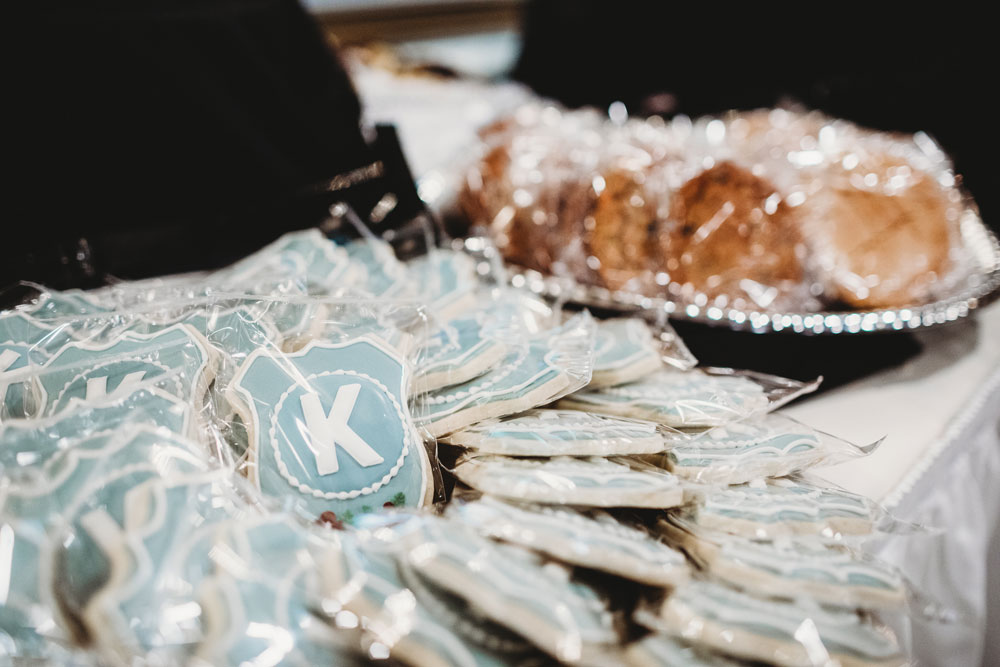 Happily Ever After
After COVID forced the couple to cancel their plans to honeymoon in Riviera Maya, they ended up taking a short trip to Las Vegas in May with hopes for a beach trip at some point in the future.
Kyle, 28, and Emily, 27, bought a home in Collier Township last year and moved into it the same week as their wedding.
“Looking back, I don’t know how we did it,” Emily says. “We got married on Friday and moved into our new house Wednesday.”
Kyle is a Pittsburgh police officer, and Emily works in advertising. 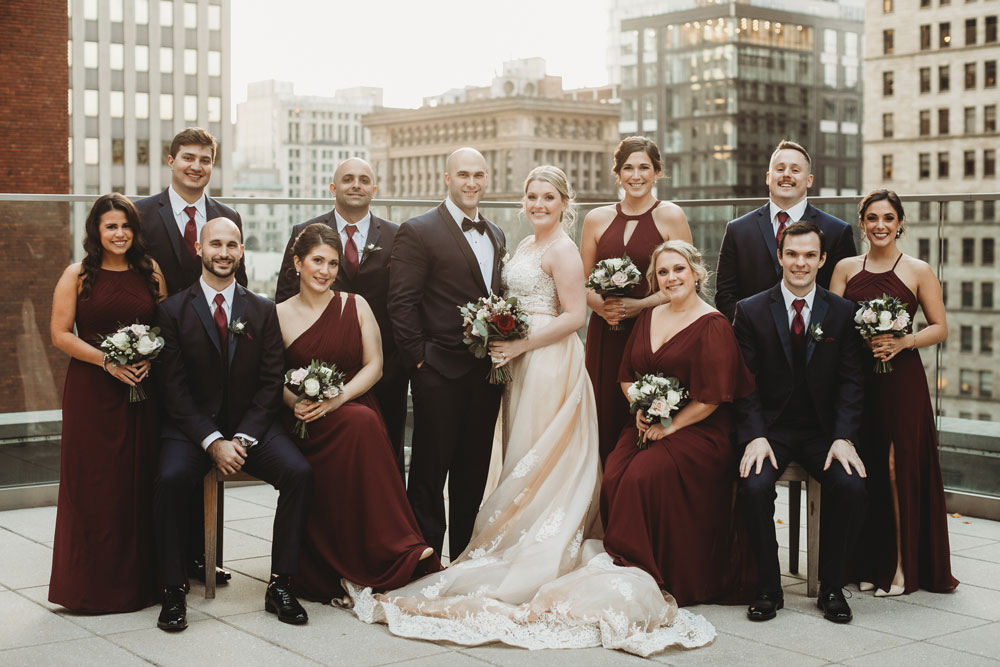 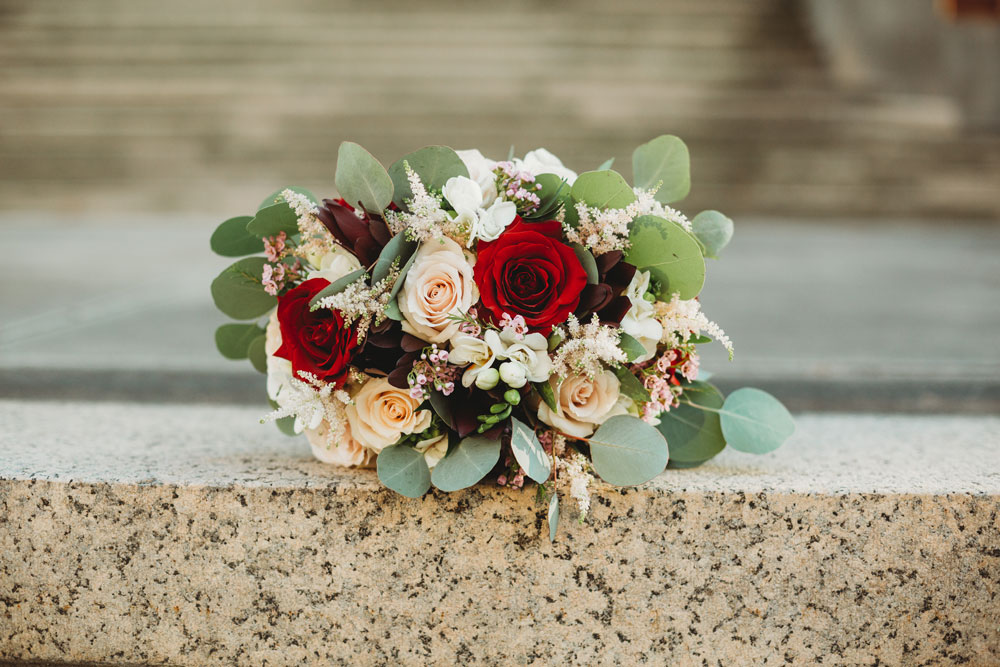