Bishoy Gayed planned an elaborate proposal in Paris and followed up with a surprise engagement photo shoot. 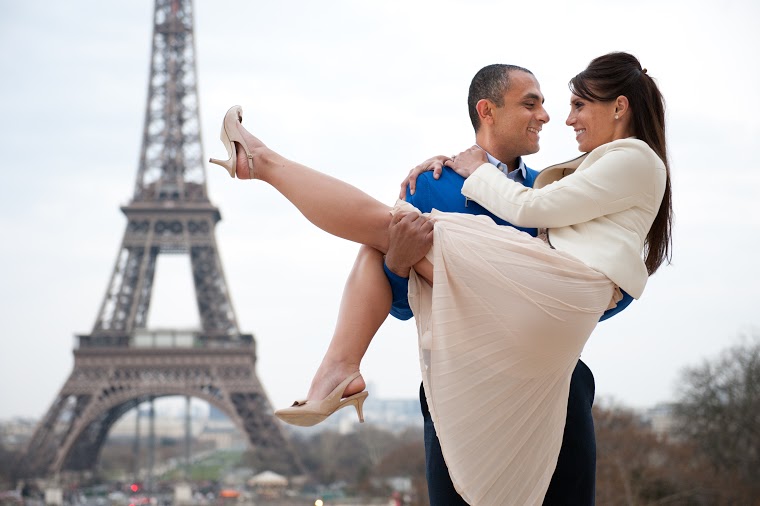 A romantic rendezvous in the city of love turned into an engagement getaway when Bishoy Gayed proposed to Kelly Kerris after a three-year courtship.

In the spring of 2013, Bishoy planned a trip to Paris over Kelly’s spring break from graduate school. On their first night there, to get Kelly to the selected proposal spot, Bishoy told her that he’d made reservations at a restaurant with a dress code. He stressed they had to be there exactly on time to keep their table.

As they were walking toward the restaurant, they stopped near a fountain in the gardens outside the Louvre. Kelly was concerned about being late, but she realized Bishoy’s fib and what was about to happen when Bishoy began talking about their relationship and got down on one knee. 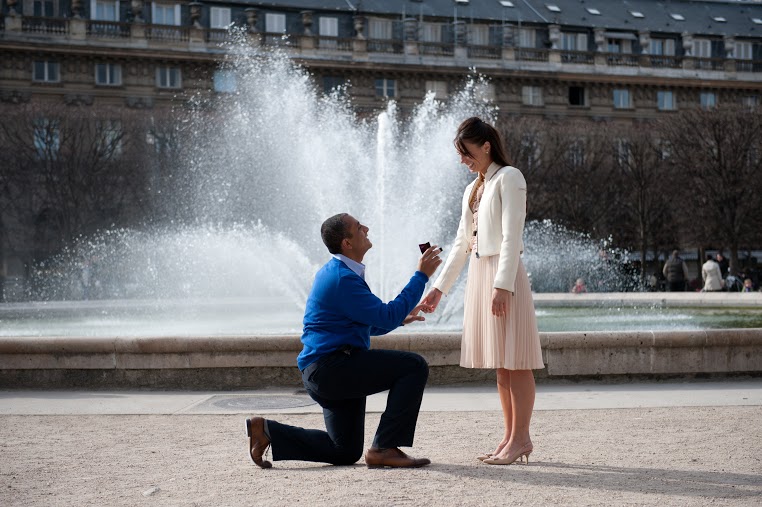 Unbeknownst to her, Bishoy hired a Parisian photographer to capture the moment and follow them around Paris for an engagement photo shoot, featuring such landmarks as the Eiffel Tower, Notre Dame and the Pont des Arts “love lock” bridge. 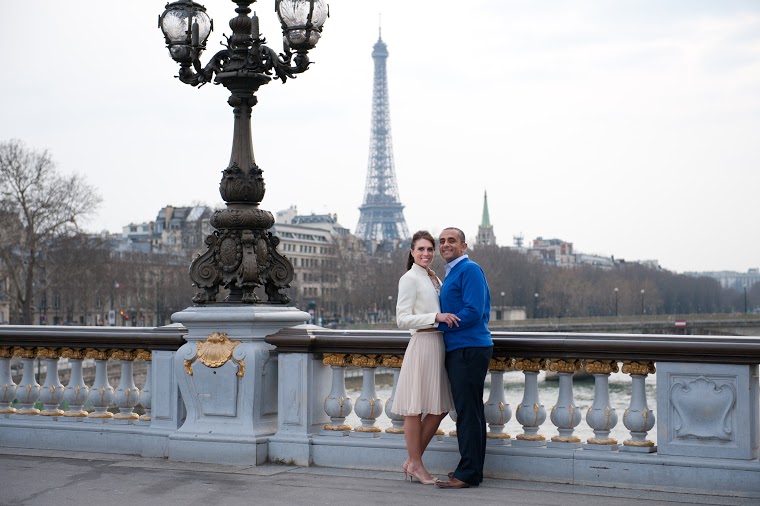 Later, Bishoy surprised Kelly further with an excursion to Bordeaux, where for a few days they stayed in a chateau and toured wineries before returning to Paris for the remainder of their trip. 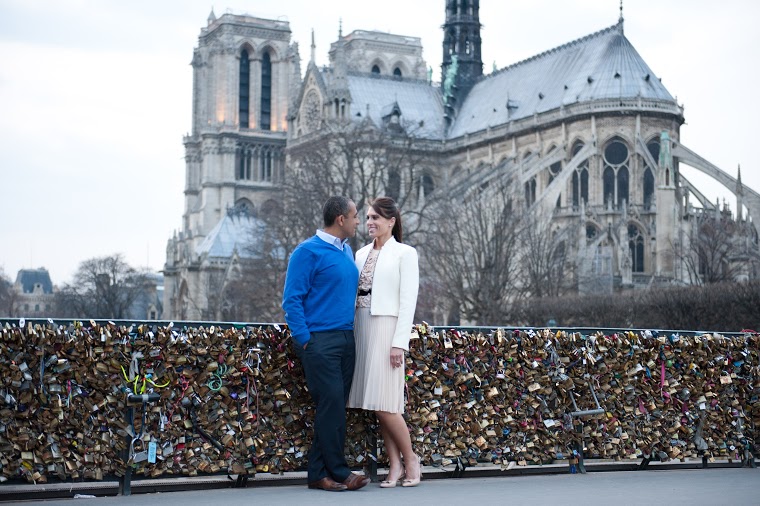 Bishoy, what kind of planning went into your Parisian proposal?
Basically, once I decided that it was time for us to get engaged and move to the next step, I started researching how to propose to her. We planned this trip to go to Paris in April. Before then, I kind of researched and found a guy who would photograph our engagement proposal, and then he would take us around Paris at certain spots and take pictures of us after we had gotten engaged. I set that up with him. It was kind of funny. I was like, “I need to have a signal from you so that you’re there.” This was obviously done over Skype and email.

How did you manage to keep it a secret?
I was kind of lucky because I [lived] in Dallas and Kelly was in Pittsburgh. It was kind of nice because I could do all this stuff and she didn’t know. The thing I was most worried about was going through security. I had the ring in a box in my bag . . . but I put a little note on the box that said, “Engagement ring, please be discreet.” The whole time I was like, well, if I get in trouble, if [security asks], “what’s this box?” I was just going to tell them, “Hey listen, take me back in the room. You can open it.” It actually went through perfectly, and we got on the plane without any problem.

Why did you decide to propose to Kelly this way?
I wanted to do something special for her. I knew how she’d always liked Paris and she’s always wanted to go back in the spring. I figured, what a great time to do it — it’s the best time in our lives. Doing it this way, I thought it would be kind of unique. Getting the nice engagement shoot in front of some iconic Paris settings, I thought was something that she would enjoy.

Kelly, were you surprised?
I sort of felt like it was coming at some point. There were a lot of [special occasions] before that, like my birthday and the holiday season. During [them], I was kind of wondering because it was something we had talked about, our future together. It wasn’t a total shock, but I was surprised that he did it in Paris . . . I didn’t think it would be then because he probably thought I would be expecting it.