Scott Stepenosky involved his girlfriend’s entire family when he gave her the best present she could imagine. 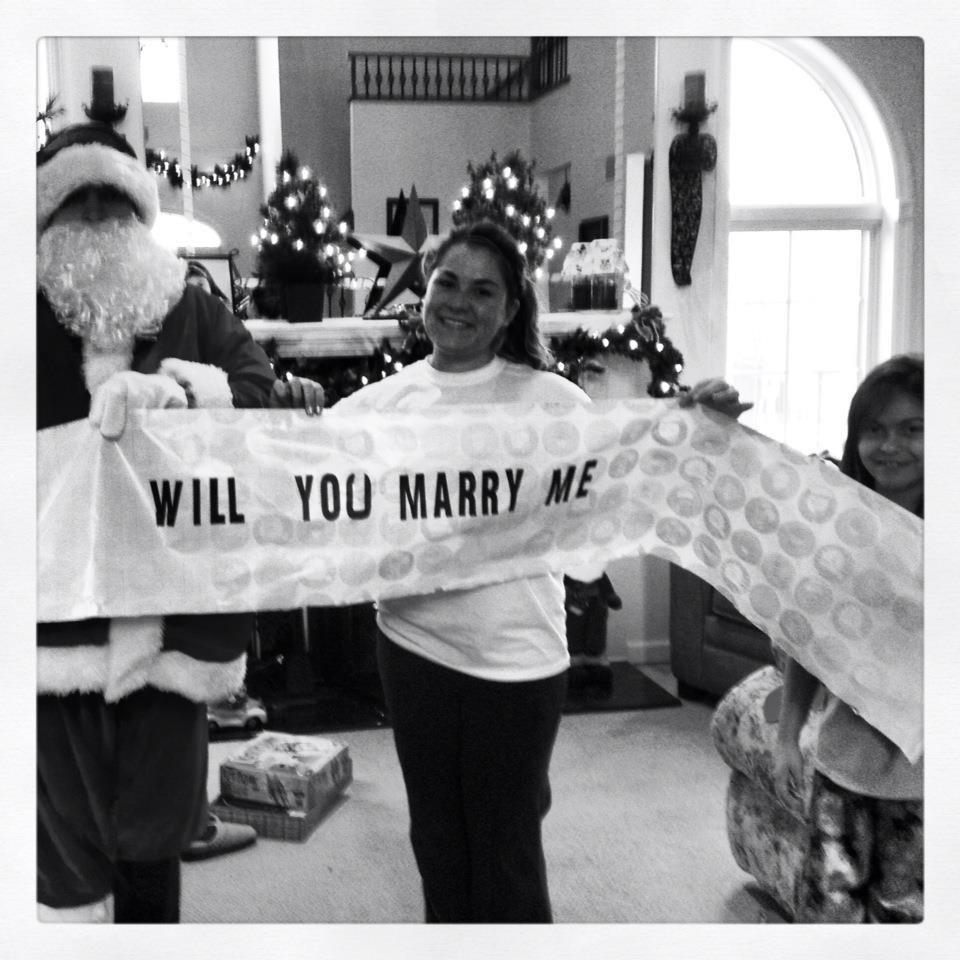 On Dec. 25, 2012, Scott Stepenosky made Lauren McCormick’s first Christmas away from home much easier to bear. The couple was traveling for work and living in Sumter, S.C. Unable to return home to Pittsburgh for the holidays, Lauren and Scott Skyped with her family there to watch her younger sisters open their presents.

Scott suspected Lauren was anticipating a proposal, so he chose not to give her the ring during that first Skype call. She was surprised when, two hours later, her mom Skyped them again. Lauren’s stepdad, who had presented her with gag gifts in the past, was dressed as Santa Claus. He had showed up at the door of his Pennsylvania home with a box and asked for Lauren. 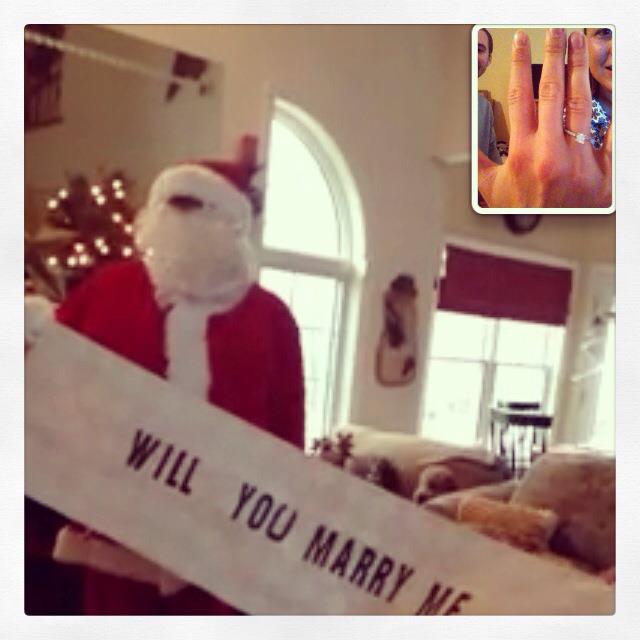 Lauren’s sisters opened the gift addressed to her. Inside was a scroll, which they unraveled to display the question, “Will you marry me?” In South Carolina, Scott pulled out the ring and proposed. 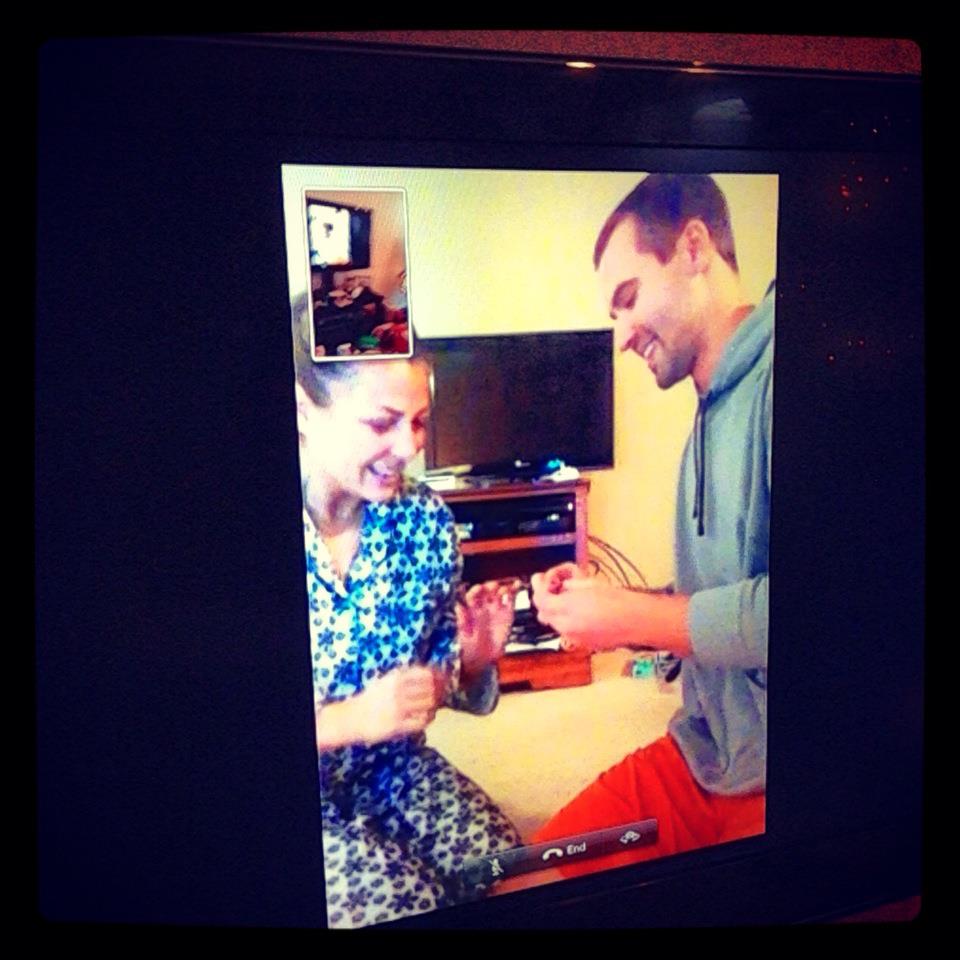 Scott, what did you have to do to plan?
I think the trickiest part was actually purchasing the ring itself without her being there because it was just the two of us. We were in a new environment, a new city. We didn’t really have any friends there at the time. We were only there for a short period of time, so we kind of did everything together. It was really difficult to try to get away and actually have time, to come up with something. I forget what I even said, to be honest with you. I think I just went right after work one day straight out to the place I bought the ring. The other part that was obviously nerve-wracking was just asking her mom for her blessing and then I guess having her stepdad [find a Santa suit]. He had a friend that had one.

Why did you think that was the best way to propose to Lauren?
I just thought it was different. Like I said, I thought it was more memorable and more special due to the fact that she does have such close ties to her family. She even made the comment after how much she appreciated the fact that I incorporated them in the proposal and just didn’t do it just her and I going out to dinner or something. . . .  It was more memorable that way that everyone was involved.

Did everything go as planned?
The funniest part was that there was a little bit of a delay on the computers, so I don’t even think they had the scroll completely opened on our end, and both of her sisters were already crying . . .  So she was kind of like, “What the heck is going on?” and finally she was able to read the whole thing clearly and got the hint.

Lauren, were you surprised?
I did not think Scott was going to propose. He was very sneaky and good at hiding it, which surprised me because usually he isn't good at keeping presents a secret. And I was very surprised with the way he proposed. I didn’t think he would think to include my family, but I was very happy that he did.