For their wedding-day dances, these 10 couples chose songs ranging from highlights of the queen of pop’s repertoire to British-Invasion classics.

Whether you choose a tune by Beyonce or the Beatles, your first dance song should have special meaning. We asked 10 couples to share the tale behind their choices. 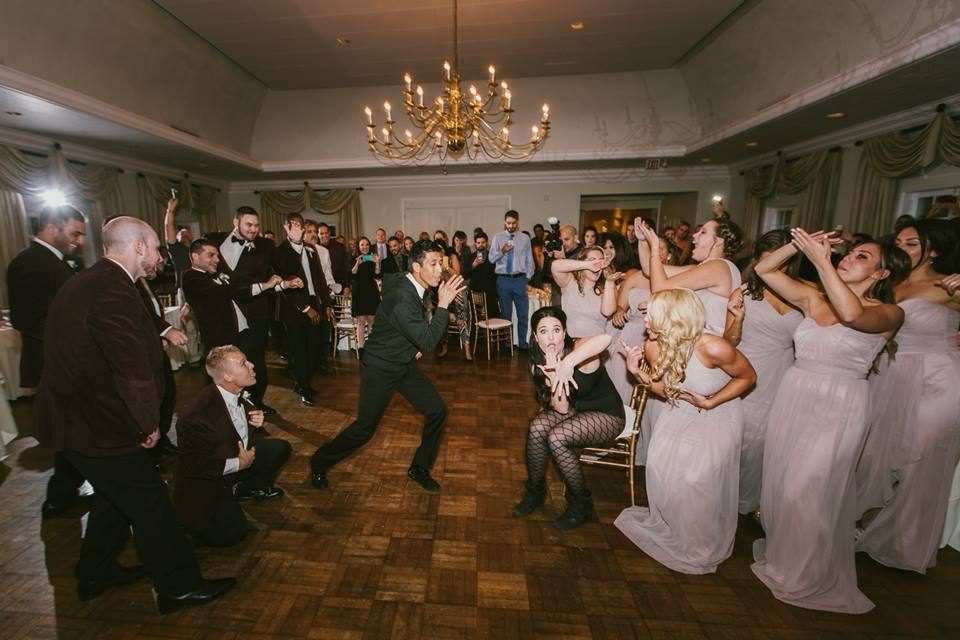 “[We] did a pretty non-traditional first dance. We both come from a dance background, and it was one of the first things that attracted us to each other, so it felt [only] right to do a choreographed first dance. We’ve always loved the song “Upgrade U” by Beyonce and Jay-Z and feel like the lyrics describe us perfectly. We totally agree with the sentiment that we are great as individuals, but when we’re together we’re both essentially “upgraded” to being even better people.” 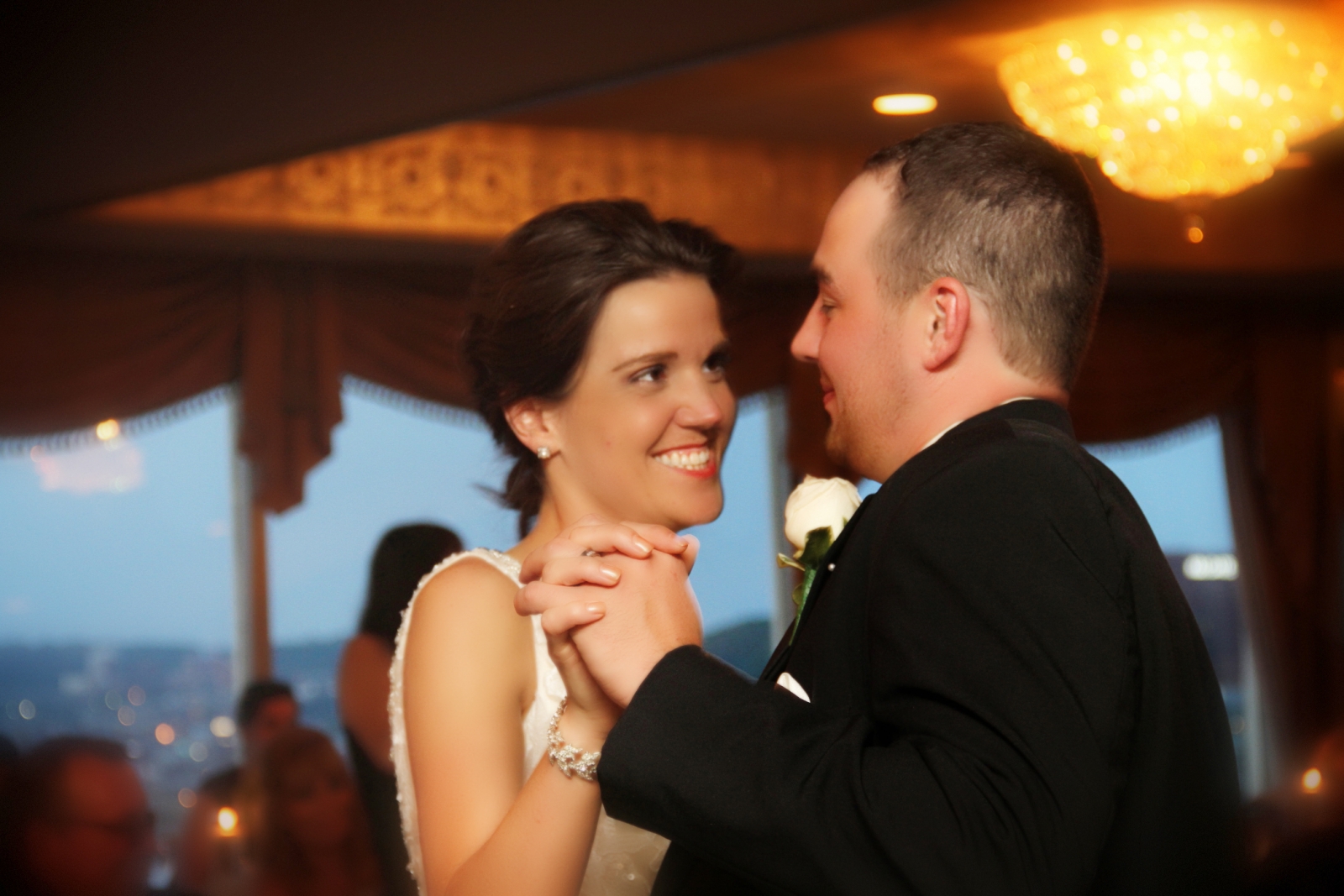 “For the first dance in our wedding, we had my sister Melissa, the matron of honor, sing the Adele version of 'Lovesong.' The song became special to us the first summer we were dating while on a trip to Virginia Beach. We listened to Pandora streaming from his cell phone each day while lying by the ocean … The song became our song after that, and we even had the lyrics, 'Whenever I'm alone with you, you make me feel like I am home again,' printed on the wall of our dining room.”

“As one of our first dates, Dante invited me to join him at Stage AE at a Goo Goo Dolls concert. Since then, we have had a running Goo Goo Dolls theme in our relationship: We named our maltipoo GooGoo and have taken road trips to cities we have never been [before] to hear them play. [It was] perfect that they released ‘Come To Me’ shortly before we were engaged. It made sense that we choose this as our first dance song. We swear they wrote it for us.”

4. Stand By Me – Phillip Phillips

“There are so many typical wedding songs talking about love … We wanted something more. ‘Stand By Me’ is the perfect song that describes something beyond love, which is friendship and loyalty. It also carries a tune that takes you back and lyrics that make you feel something. It's a constant reminder to stand by one another no matter what comes your way. So, when we are dealing with concerns, issues, the good, [and the bad], we always remember to ‘stand by’ one another, as we feel that's the true meaning of marriage.”

“We got engaged Nov. 17, 2012, and went on a vacation over New Years to Jamaica … When we were down there the song L.O.V.E.Y.O.U. by I-Octane came on and I loved it. It was like a Jamaican love song. We wanted [our first dance] to be different and nontraditional, and that song was very special to us. It reminded us of when we got engaged and our engagement vacation in Jamaica.” 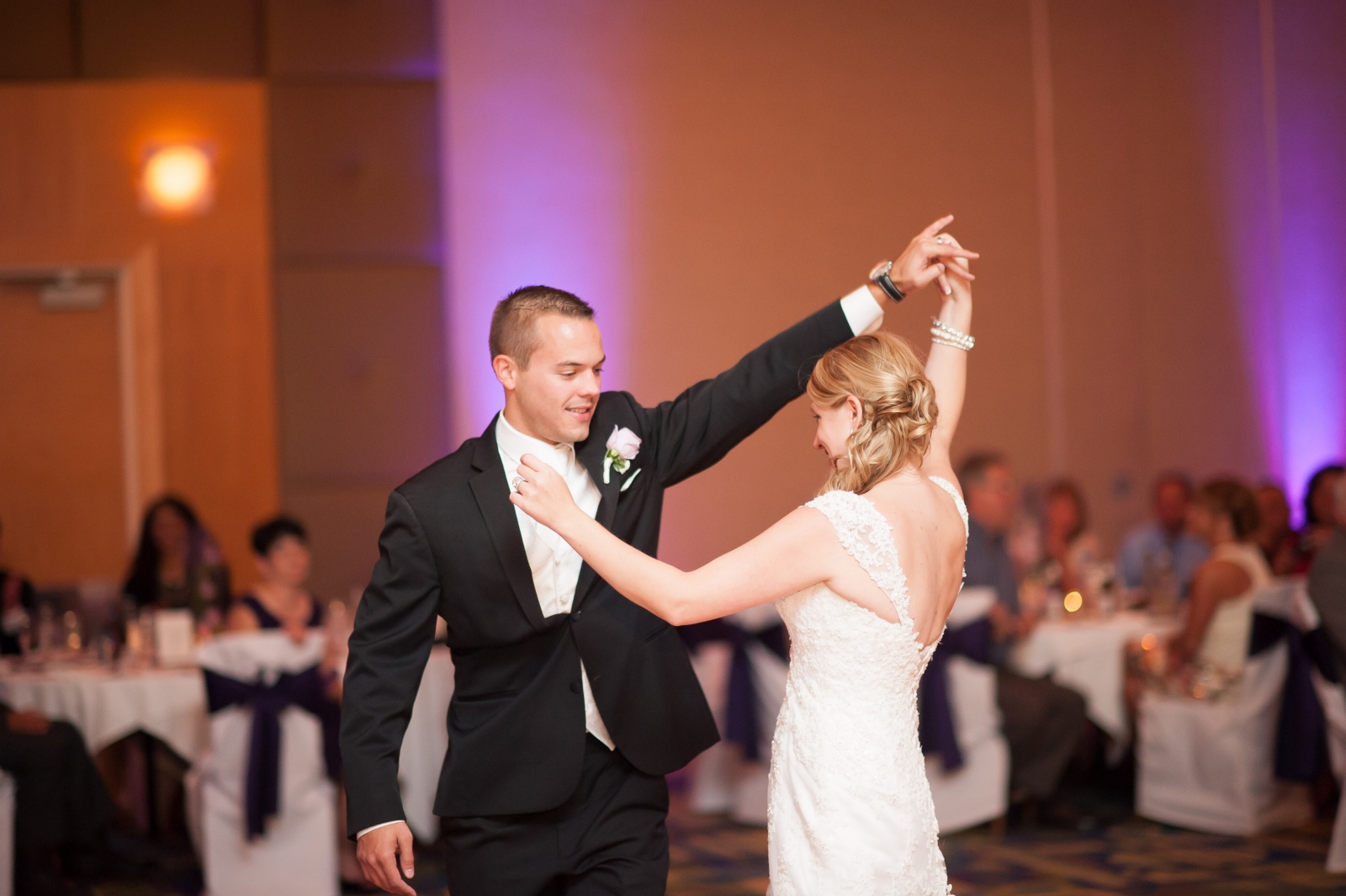 “U2 is very near and dear to our hearts. In 2008, [we] tried dating once, which turned into a long-distance relationship and didn't work out … He would always make fun of me for listening to U2 but secretly was listening to their music so we would be able to share that. I would always tell him ‘All I Want Is You’ is the song you and I will dance to when we get married. After we broke up, he took up playing the guitar and learned how to play ‘All I Want Is You’ without my knowing [it]. In 2011, U2 came to Pittsburgh for a concert at Heinz Field … I was living in St. Louis and flew back for the concert. Once the band started playing, Dan and I were instantly connected to one another again, like we never skipped a beat. Later that evening, he wanted to show me what he had learned on the guitar … After the concert in 2011, we started [another] long-distance relationship and never stopped. I moved to be with him in 2012, [we] got engaged in 2013 and married in 2014.”

7. Eight Days a Week – The Beatles

“It's upbeat, so it wasn't a traditional first-dance song, but it suited our personalities. We heard it one night while at our favorite bar, The Loft, in Regent Square. We really liked the song, and my husband has a tendency to start dancing with me when we're in public (after a few drinks, of course!). From that night forward, it became a staple on our playlist whenever we were at the Loft, and each time one of us played it, we danced! The song felt right to us. We aren't serious people and enjoy having a good time together, and the song, tempo and beat personified that for us!”

“The first time we ever danced together while we were dating was at a country line-dancing bar, and this funky song was our first real dance. We both loved that it was not a very traditional first dance song, but it was really special to both of us and will forever remind us of our first real dance together.” 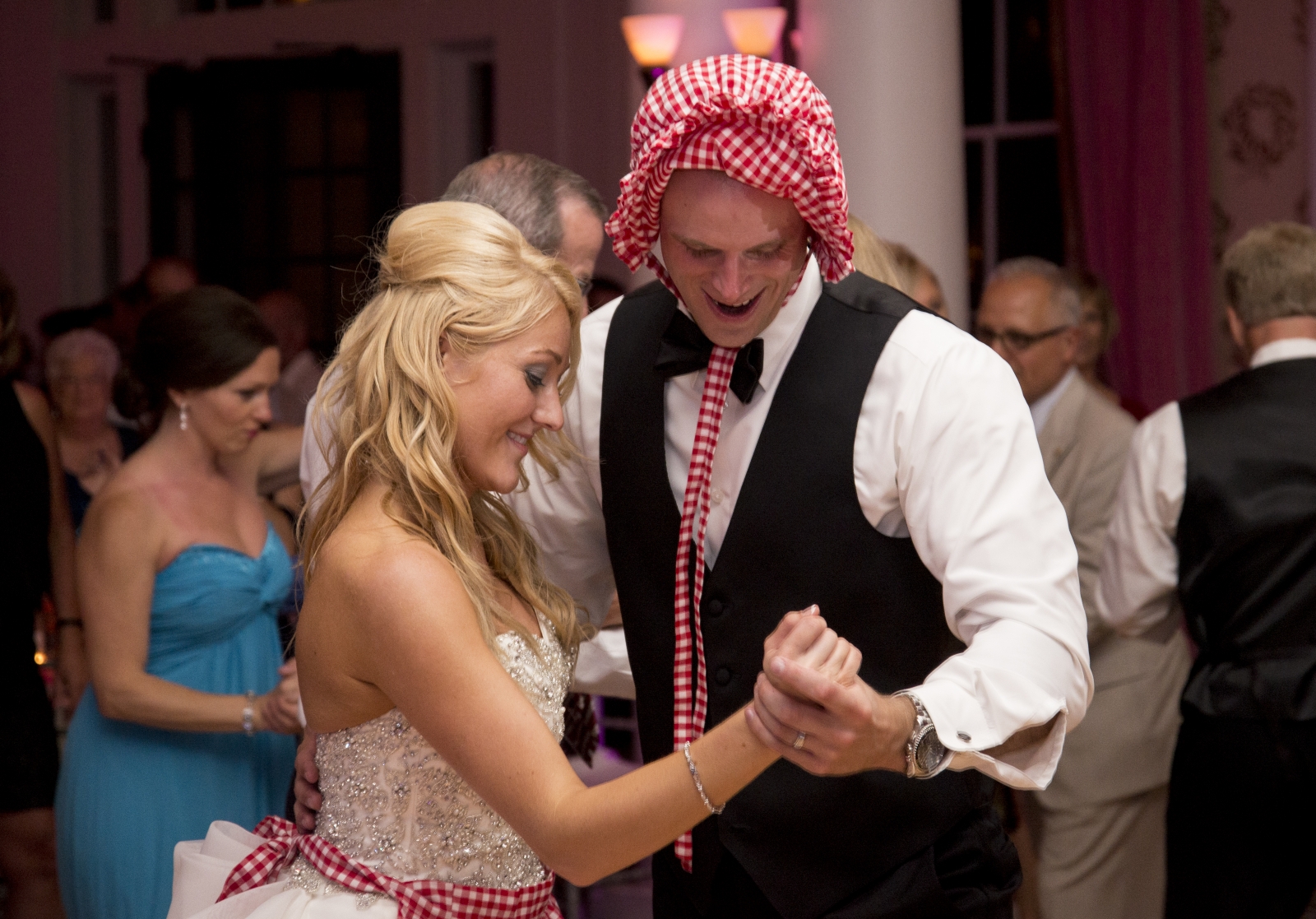 “We did do the ‘normal’ first dance [to “You are the Best Thing" by Ray Lamontagne], but then during our band's first break, my mother came up to announce our family's tradition of [dancing] the Polish Bonnet Apron Polka. The Polish tradition in our family is that the new wife wears an apron and bonnet and dances with the husband to a polka to symbolize her new role as ‘housewife.’ My mother and grandmother participated in this tradition at their weddings with a red- and white-checkered bonnet and apron. We used the same bonnet and apron as my mother and grandmother, however I decided to wear the apron and have my husband don the bonnet to symbolize a new generation of husband and wife sharing in the household chores … I hope to one day pass the tradition along to our future children!”

“We liked it because it is unique and maybe a lot of people haven't heard of it. We always say it's ‘you and me’ to each other, so it just fit. My grandparents said the same thing to each other.”