The course directs runners over taxiways usually reserved for incoming and departing planes. 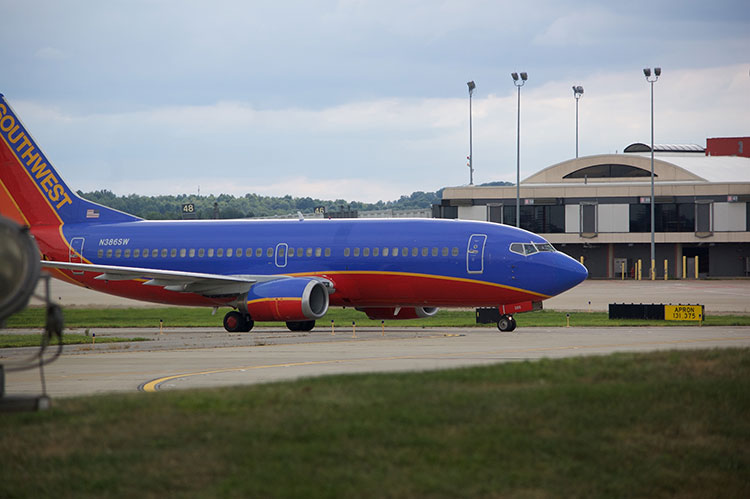 It’s a bird! It’s a plane! It’s a bunch of people running on the airport taxiways?

Bob Kerlik, vice president of media relations for the Allegheny County Airport Authority, told the Pittsburgh Post-Gazette that the fenced-off course route would lead runners down some of the airport’s taxiways. The runway closest to the route will be closed for construction, he said.

There also is no need to worry about planes landing in your, uh, lane.

Inbound and outbound planes will use three runways on the other side of the airport during the event, according to the PG. Volunteers, airport staff and course marshals also will be posted along the route to keeps runners on course.

The event, which was put together by the Allegheny County Airport and Pittsburgh marathon organizers, takes flight at 10 a.m. and is followed by a 1 mile run at 10:45 a.m.

“We are pleased to open the airfield to the community for the very first time for these exciting events,” Allegheny County Airport Authority CEO Christina Cassotis said in a news release. “Part of our mission is community engagement, and we know that the 1-mile fun run and 5K race will appeal to aviation and fitness enthusiasts, families and participants of all ages.”

In addition, the airport authority will hold its second Lace Up & Away 5K at the Allegheny County Airport in West Mifflin on Sept. 10. The event coincides with the airport’s 85th anniversary and West Mifflin Community Day.