Reading, Writing and Arithmetic in the Great Outdoors

Linton Middle School’s newest classroom in Penn Hills doesn’t have a ceiling or a chalkboard — what it does have is a pond and an open pavilion. 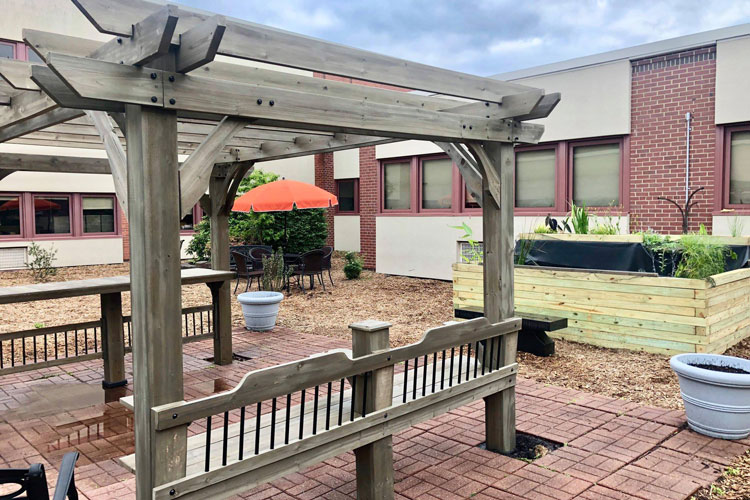 Linton Middle School students in the Penn Hills School District will be able to study algebra under the sun when school resumes in the fall, thanks to the school’s new outdoor classroom.

The classroom, which was built by the district with the help of Penn Hills-based volunteer organization Bring Out the Best Project (BOB), was created in the school’s library courtyard. It includes a pergola and an above-ground pond.

Outdoor education became popular in Europe during the mid-1900s and spread rapidly during the second half of the 20th Century. U.S.-based outdoor education programs such as Project Adventure and the National Outdoor Leadership School were created during that time.

This particular project was funded by a federal grant given to the district, according to the Pittsburgh Tribune-Review. Construction of the outdoor classroom began in mid-May and was completed in early June. 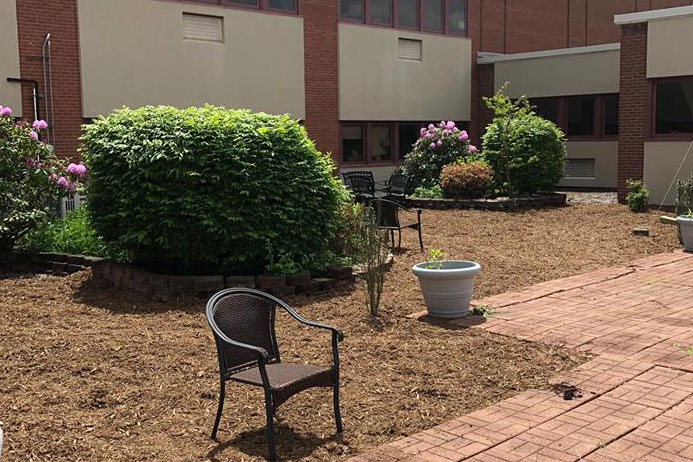 Besides building the pond and pergola, workers and volunteers mulched the area and planted flower seeds. BOB Project Vice President Mindy Bacon donated fish for the pond, according to the paper.

The BOB Project also assisted in the the renovation of the Penn Hills High School garden last summer and helped to create Veterans Place of Washington Boulevard, a micro homes community for military veterans.