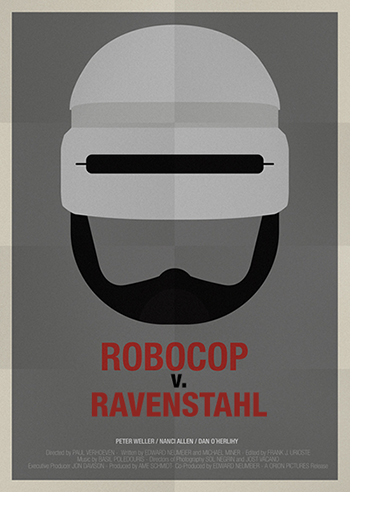 Prior to dropping his reelection bid, Mayor Luke Ravenstahl spent the last six years sounding exactly like a lifetime politician. It was as if someone uploaded PoliticoSpeak 2.0 directly to his brain and deleted every human-sounding phrase from his vocabulary.

"He and I" became "myself and other individuals."

"I'm not happy with this and we're going to fix it" became "I'm certainly displeased with the developments in this scenario and myself and other individuals like myself will see that it comes to an appropriate resolution."

Never one to rock the boat — likely for fear he would turn the good ole boys' establishment against him and his political ambitions — Ravenstahl became like every other politician. Timid. Politically correct to a fault. Cautious. Needlessly verbose.

However, now that he's chosen (or has been forced) to shutter his re-election campaign, the new Luke Ravenstahl has found his inner Chuck Norris, and it's a thing of beauty.

Frank Rende has quite a history here in Pittsburgh, and "illustrious" isn't the word for it. More like infamous.

In 2000, Officer Rende returned to visit a victim of domestic abuse after responding to a call at her home. Why? To have sex with her. Rende was told then that any further misconduct would result in termination. What a Casanova.

By 2011, it was determined that he had called off work 37 times in four years to work side jobs above and beyond his almost six-figure detective job.

He had a “complaint history at the city’s Office of Municipal Investigations [that] contains a dozen accusations of conduct unbecoming an officer, verbal abuse and excessive force."

In 2011, it was Rende who tased and beat a drunken fan at PNC Park, garnering cries of, you guessed it, "excessive force."

Now, it’s Rende once again caught on video behaving in an overly aggressive manner, waving his taser at a woman before chasing down a drunk man and pushing him to the ground by holding a taser to his neck. Afterward, he kind of flips out at the bystanders and the man, who was apologetic.

The reason Frank Rende still has a job on the city's payroll can easily be summed up as 1. family connections (Rende's sister was living with the former head of city operations Dennis Regan, who quit when it was revealed he interfered in the investigation of Rende’s misconduct) and 2. the union. The union can make it so hard to fire an officer, even if the officer has clearly conducted himself or herself in a manner that would easily have gotten them fired at any other job on the planet. More often than not, you'll hear they're "suspended with pay."

So Lukey tiptoed around the issue, despite the fact that it seemed Rende had done more than enough to lose his job on multiple occasions.

Until now. Now that Rende is again caught on tape blowing a gasket, Ravenstahl is not saying what he would have said six months ago: "Myself and other individuals will be looking into this matter and we will take all of the information into consideration as we determine the best course of … "

A man who no longer has to worry about reelection or keeping unions happy? Well, he sees that video and just says what everyone on earth is thinking:

"Somebody better give me a real good reason why this guy should not be fired," Ravenstahl said.

Excuse me a moment.

I almost couldn't believe it. Luke Ravenstahl, speaking like a man. Speaking like a human. Chuck Norris-roundhouse-kicking the PoliticoSpeak 2.0 software to the proverbial curb and saying what needed to be said without fear of repercussion.

Gone is the use of 25 words when three would suffice. The only way Ravenstahl could be any more straightforward is if he had said, "This guy? SO fired."

But yes, regardless of whether or not Robocop Rende actually fired the taser, he's had more than enough chances to show he can be a good cop, and if Ravenstahl is using this incident to finally do what should have been done all the way back in 2000, then good for him. Rende clearly lost his cool again and it's only a matter of time before the city is faced with an enormous lawsuit when he goes way too far. Frank Rende is a liability, plain and simple.

There is no other Pittsburgh cop I've encountered in my voracious reading of the news who has been involved in as many public controversies as Rende. Real talk: He's a firecracker waiting to explode.

Or as the NEW Luke Ravenstahl would say, "Let's can this guy before he goes all KABLOOEY."