The Donald Sinta Quartet is a first-prize winner of the Concert Artists Guild Competition and this year’s winner of the prestigious Fischoff National Chamber Music Association competition. 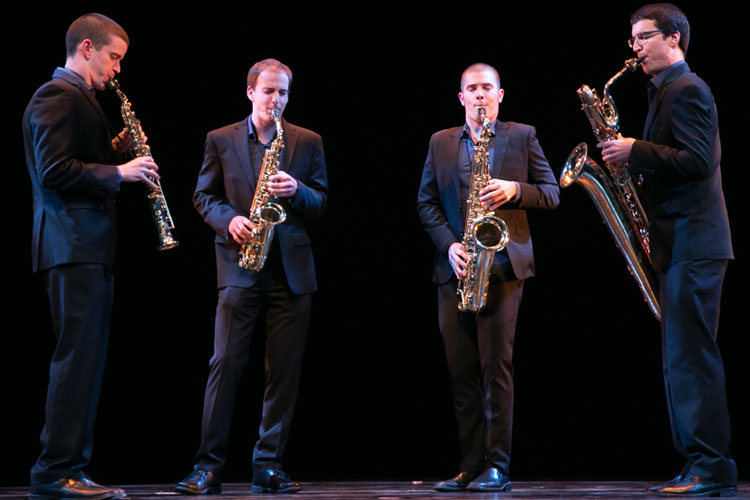 The Thiel College Con Spirito Chamber Music Concert series is one of the best musical bargains in western Pennsylvania. The series hosts free concerts that are open to the public on the Thiel campus in Greenville, about 80 miles north of Pittsburgh. The first event of the 2018-2019 concert series at 7 p.m. on Sept. 20 features an unusual classical music experience with the performance of the internationally-acclaimed Donald Sinta Quartet.

The Donald Sinta Quartet — first-prize winner of the Concert Artists Guild Competition and this year’s winner of the prestigious Fischoff National Chamber Music Association competition, America’s largest and premier educational chamber music competition — has earned praise from audiences and critics alike for its virtuosic performances, compelling recordings and distinctive repertoire. They have performed widely in American festivals, including the eclectic Strange Beautiful Music, and have also made international appearances in France, Spain, Switzerland, Greece and Japan.

The Con Spirito Chamber Music Concert Series has hosted world-class musicians for free concerts at Thiel College, a leading liberal arts college in northwestern Pennsylvania, for nearly 20 years. In 2007, a tradition of musical excellence was started when LaVonne H’16 and the late Glen R. Johnson H’88, in honor of their late daughter, created the series to bring top musical talent to Thiel College and the region. Con Spirito is just one of the offerings at Thiel that connects the college to the regional arts community. The Weyers-Sampson Art Gallery hosts about four exhibits annually. The exhibits and gallery talks include the works of regional and national artists as well as pieces from Thiel College’s private collection.

This article appears in the September 2018 issue of Pittsburgh Magazine.