A concert at Renaissance & Baroque showcases “early-music” composers drawing their ideas from abroad. 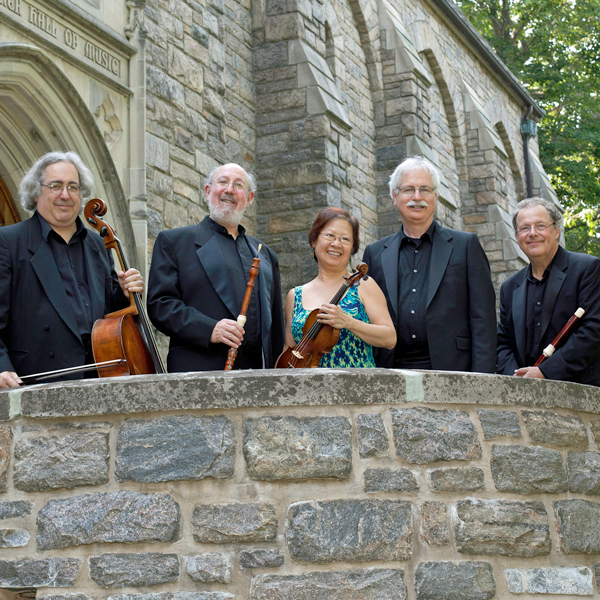 Today, “chamber music” usually describes a small ensemble. Originally, though, the term described the room where such an ensemble might have played. The Baroque era of the 1600s and 1700s was full of chambers, both literal and metaphoric. There were the chambers of aristocratic palaces and the chambers of nationality, politics, patronage and religion.

Renaissance & Baroque’s upcoming concert, “Crossing Borders: Multiculturalism in the 18th Century,” considers composers who explored the fertile grounds beyond those restrictive chamber walls. The Aulos Ensemble, one of the longest-running “early-music” ensembles in the country, has assembled a program of works where Baroque composers were inspired by nationalities (and, in one surprising example, by a continent) other than their own.

The program includes a selection from Georg Philipp Telemann’s “Paris Quartets;” “Trio Sonata in G Minor” by George Frideric Handel; “L’Espagnol” by François Couperin; a sonata for flute by Scottish composer Alexander Munro; and a suite from “Les Indes Galantes” by Jean-Philippe Rameau. By bringing along Canadian violinist Marc Destrubé as a guest, the Aulos Ensemble will cross a national border of its own for the performance.

The weight given to era and national origin in music are modern biases. When these works were written more than three centuries ago, most composers were local and most compositions were contemporary, according to Marc Schachman, oboist for the five-piece ensemble. “Only the most sophisticated musician was aware of international style,” he says.

The composers represented in “Crossing Borders” were aware of works written abroad, works that differed in the technical structure of compositions, and their instrumentation that contained the hard-to-define (yet easy-to-recognize) romance of faraway lands.

The works in “Crossing Borders” express this awareness in many ways. In addition to being a prolific composer, Telemann was a successful music publisher based in Hamburg, Germany, which allowed him to disseminate his work widely throughout Europe, unlike many others. In the 1730s, he wrote a series of quartets in the French style before a visit to Paris. His pieces included Italian, German and French forms.

These technical nuances might escape a novice. The emotion of the music and the skill of the performance are much more intuitive. “They’re big pieces, and it takes musicians with a lot of training and skill to pull them off. And that’s what this group does well,” says Renaissance & Baroque Managing Director Gail Luley.

With early music, context and composition are intertwined. The term “historically informed performance” refers to performances played by ensembles that consider the history of instrumentation, notation and setting when crafting their performances.

For example, oboes of the Baroque era were designed for chambers and churches. As concert halls expanded, craftsmen altered the instrument to improve its ability to project to distant seats.

As with many technological improvements, the gains can overshadow the sacrifices. The oboe Schachman plays is copied from an earlier version, and he believes it is capable of a wider variation of moods, tones and “colors” from key to key than the modern instrument common to today’s symphony orchestras.

Concert venues also are crucial. “Basically, Baroque music on original instruments should be played in a resonant space,” Schachman explains.

One reason the Aulos Ensemble is fond of Pittsburgh is because Renaissance & Baroque holds its performances in Synod Hall, an intimate and resonant venue in an old stone building on a side street in Oakland, behind St. Paul Cathedral.

After traveling the world, and surviving the centuries, these pieces still sound best in certain small rooms.