The Pittsburgh Cultural Trust and ToonSeum squabble over who has rights to the merchandise featuring the duck making its way to Pittsburgh next week. 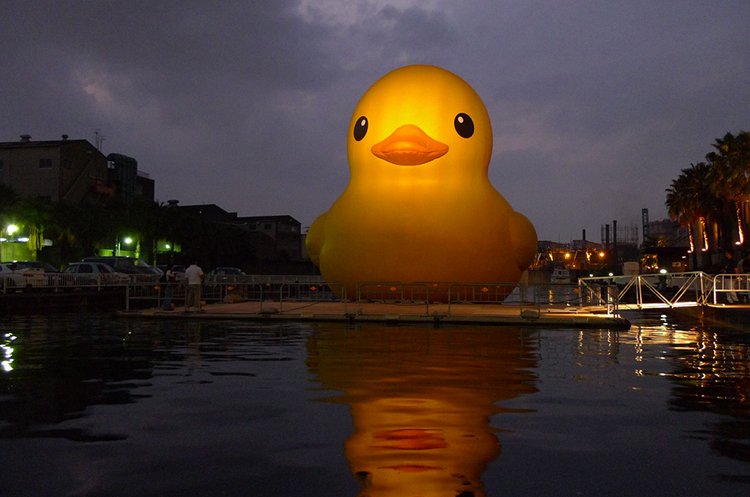 Shirts depicting an illustration of this little guy are causing a bit of a stir.

The Pittsburgh Tribune-Review reports the Pittsburgh Cultural Trust has encouraged the ToonSeum to stop production of shirts that say “Quack n’at.” The T-shirts depict an illustration of "The Rubber Duck Project," a 40-foot-tall duck that will float in the Allegheny River during the Trust’s International Pittsburgh Festival of Firsts.

ToonSeum executive director Joe Wos said he didn’t intend to step on anyone’s toes with the shirts, which are available for preorder for $16.99. But he’s not going to stop selling them either.

“Were they saying the shirts were a trademark or copyright infringement?” he asked. “Or were they saying, ‘Be a good neighbor, or we may have to have someone come around and break your wings?’”

#FlyItHigh: Carry a flag if you want to be seen as you cross the street

It’s been put into practice in other U.S. cities but without much success, the Pittsburgh Tribune-Review reported. The folks in Berkeley, Calif., disbanded the program, in part, because “many of those who picked up the flags used them for purposes other than for which they were intended.”

We can see them being used outside PNC Park to cheer on the Pirates.