The producer of “Good Will Hunting” and “American Pie” discusses his Pittsburgh-made filmmaking experiment. 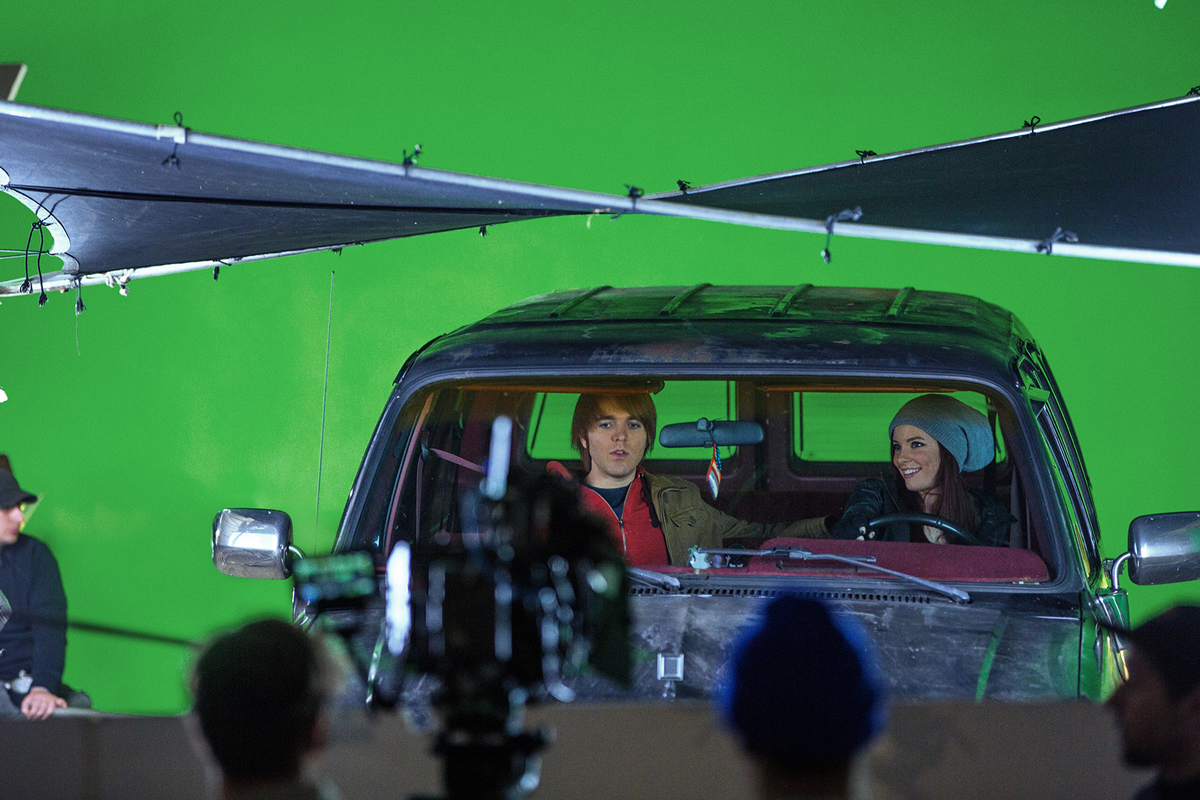 
The new Starz unscripted series “The Chair” documents an experiment that otherwise may have never happened. In the series, made in and around Pittsburgh, two young filmmakers are given the same script and told to make their own version of the same story. “The Chair” documents the process as Anna Martemucci and Shane Dawson — both completing a feature-length film for the first time — struggle to complete their movies while putting their own stamp on the source material, a story about college students returning home for the Thanksgiving holiday. The winning filmmaker, as chosen by test audiences viewing the finished movies, will take home $250,000.

“The Chair,” which premieres this Saturday at 11 p.m., was made via a partnership between Point Park University, Chris Moore Production, Before the Door (Pittsburgh native Zachary Quinto’s production company) and the Steeltown Entertainment Project. The series was created by Chris Moore, who has brought such films as “Good Will Hunting,” “American Pie” and “Promised Land” to the big screen. Moore spoke with PM about “The Chair,” filmmaking in Pittsburgh and the state of independent filmmaking in a big-budget world.

Where did the idea to have two filmmakers tackle the same script originate?
What I would say is [that] it just sort of came up in my head. The long and short of the story is that it was always a fantasy of mine since “Good Will Hunting,” when we [talked] with other directors [before working with Gus Van Sant]. What would those other versions of the movie have been like? We loved the version of the movie that got made, but the [potential] movies we were talking about with each director were so different . . . It started with that experience, then on many of my other movies, I had that same moment — sitting on set saying, “I wonder what would’ve happened if we went with that other director?”

So are the two scripts identical?
They’re adaptations of an original.

The trailers for the finished films — Anna Martemucci’s "Hollidaysburg" and Shane Dawson’s "Not Cool" (note: NSFW) — look very different. Was that by design, or is that sort of a happy accident?
I’d have to say it was a happy accident . . . Ultimately, they did what came more naturally to each of them. What I was pretty sure about was that they weren’t going to make the same movie. You need people to understand the differences — you need them to see, [for example], they both have a character named Scott, and Scott is the lead of both movies. But Shane’s version of Scott is totally different from Anna’s.

Most reality shows depend on conflict — was there a rivalry between Shane and Anna? Are they in direct competition?
In some ways, they have no reaction to each other — except that occasionally they’ll turn to the camera and say, “I wonder if Shane’s doing that,” or “I wonder if Anna’s doing that.” . . . It’s not really a personality contest. The way one wins is a survey, similar to a test screening, where people decide who made the best movie . . . Both of them have publicly said that the chance to make a movie was a win in and of itself.

What role did Point Park students play in the series?
They had real jobs. We hired [Point Park] graduates, people who had some experience, in a number of jobs — both production coordinators, [director of photography], arts department, all that stuff. Our head of production for the whole project, the documentary and both movies, was a graduate of Point Park named Jonathan Joseph. Then we had shifts of kids working as interns.

What did you think of the students? Are there a lot of future professional filmmakers downtown?
I have to say I was very impressed by the graduates, by the students — but also by the curriculum. I helped and lectured in a couple of classes and watched; it’s very in-tune and in my opinion a pre-professional kind of program . . . I think that Point Park is creating a great program. I would hire students from Point Park again; it would matter to me that that were on their resume.

Is it a good time to be a young filmmaker?
I’ve been asked that question a few times, and my answer is actually no. I think that there are so many people who are putting stuff on the Internet and so many places to find stuff that it’s really hard to stand out. It used to be that you’d go to a film festival and there were maybe 10 guys who figured out how to get a movie made; now film festivals are getting 10 times the amount of applications . . . technically, cost has come down, and software and hardware and digital filmmaking have made it way easier in that regard. The problem is, to turn that movie into your calling card to become your career, that is very difficult now — because there [are] so many people competing to get into the business.