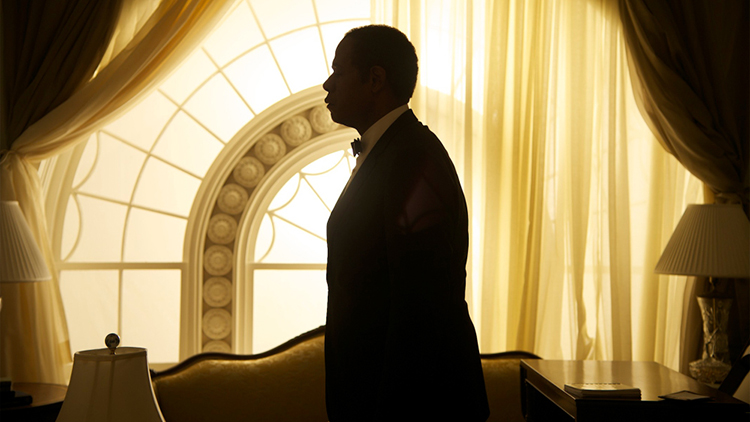 Before I had the chance to see Lee Daniels’ The Butler, the somewhat-fictionalized film based on the life of former White House butler Eugene Allen, one thing was clear: this movie is going to be a big deal.

Aside from the name above the title — Daniels is best known for directing the earth-shattering Precious in 2009 — there’s the fact that a staggering six Oscar winners appear in the cast. Forest Whitaker plays Cecil Gaines, the fictionalized version of Allen. Oprah Winfrey (who received an honorary Oscar in 2011) plays his wife, Gloria. Cuba Gooding Jr. is one of Gaines’ co-workers. Robin Williams plays Dwight Eisenhower. Jane Fonda plays Nancy Reagan. Vanessa Redgrave appears as an aging plantation matron.

That’s just the Oscar winners, by the way.


After seeing the film, I was impressed by the careful, expert work at every level, from the stunning performances to the beautiful design and sweep of the film. Mostly, though, I kept reflecting on the complexity of the story. Most on-screen biographies simplify, water down and rhapsodize; The Butler preserves not only the contradictions and nuance of Allen’s own life but also the turmoil of the time in which he lived.

Eugene Allen worked at the White House through eight presidential administrations, from Harry Truman to Ronald Reagan, watching the civil rights movement unfold from within the highest seat of power in the land. Few 21st-century American stories are as remarkable — and Allen’s would’ve gone untold had he not been found by Washington Post reporter Wil Haygood on the eve of the Barack Obama presidency.

Haygood, a veteran writer and biographer whose first staff job was at the Pittsburgh Post-Gazette in the 1980s, is an associate producer on The Butler. He’s also turned his article into a multi-faceted book, The Butler: A Witness to History. I sat down with Haygood to ask about the extraordinary journey that led to this film — and, of course, about his Pittsburgh memories.

Let’s start at the beginning: How did you find Eugene Allen?
In 2008, I was on the campaign trail of then-Senator Obama [for the Washington Post]. He had a rally in North Carolina. After the rally ended, I walked outside and noticed three young ladies sitting on a nearby bench. They were over there crying. I walked over and asked them, “Is there anything I can do?” They said, “We’re crying because our fathers have stopped talking to us because we support this black candidate.”

It was a powerful moment to me: They were judging Barack Obama by the content of his character, as Dr. King said, and not the color of his skin. And later that night, I said to myself, He’s gonna win. I just thought right then that what those young ladies did is going to transcend, county-to-county, city-to-city and state-to-state.

So I started making a whole lot of phone calls. Eventually, someone in Tampa, Fla. told me that there was a gentleman by the name of Eugene Allen. When I tracked Mr. Allen down, [I found out that] he had worked for eight presidents. That was stunning to find. 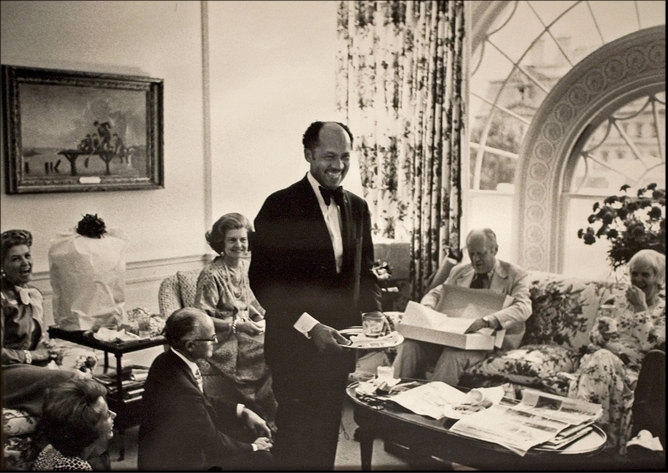 Was the reaction immediate? What happened after the story appeared in the Post?
On the day the story appeared, I got into work a little late. I had almost 3,000 emails [waiting for me] — I thought it was a virus or something. In a lot of them, people were saying, “I’m in tears.” I sat down and started reading some of them, and they were just so powerful.

But there wasn’t a lot of joy: [Allen’s] wife had died three days earlier. I was wondering [if] my intense questions [had been] so exhausting that her heart couldn’t take it. I heaped a lot of guilt on myself; two days after I had spent a lot of time with Mrs. Allen, she was gone. So there really wasn’t much joy for me right then. But after her funeral, I was talking to her son Charles, and I told him how bad I felt. He said, “Oh, no, no, Wil — you missed the whole point. I went over to visit my Mom that Sunday, and she said, ‘Charles, I’m so happy. I’m just so very happy. A writer came over and is going to do a story about my Eugene, and I’m just so extremely happy that someone is finally going to recognize his life.’ And she looked around, and she said, ‘I’m so elated. I’m so happy. I’m so at peace. I’m going upstairs and going to bed.’” And she went upstairs and went to bed and died. The day before the nation elected its first African-American president.

When you got a sense of the incredible collection of talent involved in Lee Daniels’ The Butler, was there a moment of shock for you?
These names started falling across my consciousness: Jane Fonda. Robin Williams. Mariah Carey. Lenny Kravitz. Oprah Winfrey. Forest Whitaker. I would get off the phone in my apartment and say to myself, I think they just told me that Robin Williams is playing [Eisenhower]. But maybe I should call to double-check that I heard it right.

I humbly say that I think the story spoke to these actors and actresses to do something with some meaning. This is not a sequel, it’s not from a graphic novel, it’s not a $100 million sci-fi epic. Nothing against those movies, but you can get [them] almost every weekend. But something that’s inspired by a true story and sweeps in the arc of the American civil rights movement … [I think it] was pretty intriguing to this level of talent.

It’s a very complex story. The Butler offers no easy answers. Is that something that you’re happy to see on the screen?
Lee Daniels has done something that no filmmaker has done. With the few civil rights movies that have been [made] — a very paltry number — the camera has often shifted away from the black figures. In this movie, the butler is the star. The butler is the anchor. I think that’s very powerful.

And it goes back to something that Dr. Martin Luther King said — “If you’re going to be a street sweeper, be the best street sweeper you can be. If you’re going to be a shoe-shine man, be the best shoe-shine man you can be.” Eugene Allen was the best butler he could be. He was inside the White House during the echoes and the reverberations of the Emmett Till murder, the Medgar Evers murder, the four girls bombed in the Birmingham church. Dr. Martin Luther King’s assassination. Robert Kennedy’s assassination. John F. Kennedy’s assassination. The Cold War, Sputnik, the Vietnam war.

His own son went to Vietnam under Lyndon Johnson; the butler has to take President Johnson his muffin in the morning. He’s caring for the very man [who] just sent his only son into harm’s way. You could almost have made a movie just about that. The layers continue to astound me. 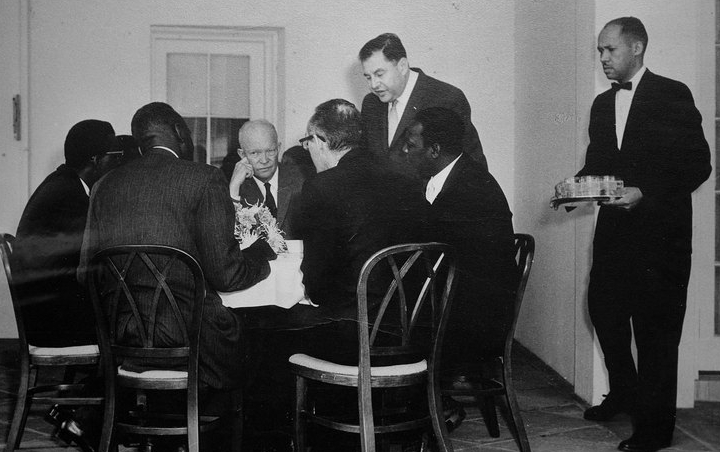 How did you decide to expand your story into a book?
I was down on the movie set, and I was looking around. I’m seeing one of the greatest gatherings of actors on one movie set, ever. I said, “This should be a book!” So the first half of the book is an extension [of the article], a longer biography of [Allen’s] life. The second half is about the history of African-Americans in film.

What led you to Pittsburgh and the Post-Gazette in the 1980s?
I was a copy editor in Charleston, W. Va., on the Charleston Gazette. After about a year and a half, I wanted to be a staff writer; they told me I didn’t have enough experience. So on my off days, I would roam around the city on foot and find something to write about. The metro editor at the time, Terry Wimmer, said, “I can’t pay you. But if you write the stories and they’re good enough, I’ll get them in the paper.”

Once I had about 50 clips, I sat down with John Craig, editor at the Post-Gazette. He said, “My first question is, how have you found enough time to write these stories if you’re working at the copy desk?” And I said, “On my off days, I go around the city and find stories.” And then he hired me.

What are your memories of Pittsburgh in that period of time?
I had a little apartment that I loved in Squirrel Hill. Our whole life was living to see our stories in the next day’s newspapers. We’d sit outside at midnight on the stoop, reading the first edition. They were really glorious days in my memory.

When did you first see the finished film, and what was your reaction on that night?
I was at the New York screening. I’ve seen a lot of movies in my life, and at one time I had dreams of becoming an actor. So to see a movie based on a story that I wrote — with this cast, and with Lee Daniels helming it — was beyond magical. And I think it’s a ferocious, uplifting, astonishing piece of cinema.