Six questions with the wild-haired reality star, who starts his day at 5 a.m. 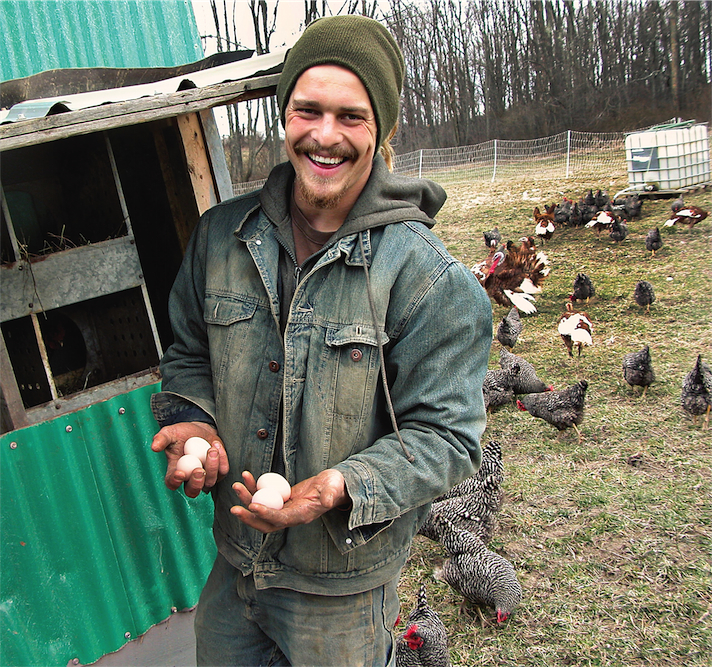 Cable network Great American Country liked the story of the King family — nine brothers, one sister and their mom, all dedicated to the vitality of a Butler County farm — so much that it produced the first season of “Farm Kings” last year. The network now is wrapping up a second set of episodes.

The three eldest boys — Joe, Tim and Pete — pretty much rule the roost, particularly Pete, who’s known for his blond locks and wisecracks. With new shows premiering, a recent launch of Freedom Farms magazine and more developments on the horizon, we recently talked with witty Pete King, who starts his day around 5 a.m. and cares for most of the farm’s livestock.

The show’s tagline is “born to farm.” Do you agree?
Yes, it’s something I’ve done my entire life. I enjoy doing it, and yes, I was born to farm.

What has “Farm Kings” shown to viewers?
People get [the] romance of farming stuck in their head — all lovey-dovey. It’s hard work. It’s not “Sesame Street” farming. The show [also] helped us become more transparent.

Can we talk about your wild hair?
It has a little bit to do with my siblings; we look a lot alike. I had full dreads, but [I’ve since] cut some off. Now it’s my trademark.

Perks of farming?
We eat good — one of my favorite things in life. I like physical labor; it keeps me in pretty good shape. I’m outdoors a lot and [able] to be a good steward of the land. It teaches you a good work ethic.

What’s it like working so closely with nine siblings and your mom?
It’s not easy, just because you expect so much. Everyone has faults, so it’s about having to deal. You can’t fire a family member. Drama on the show is real, not made up.

Speaking of the King clan: You’re one of 10. How are you viewed?
I’m kind of a smartass, especially on camera. I’m the less-conventional one; the more different, the better. No point in doing what everyone else is doing.