Lee is on her way to the Pennsylvania House of Representatives after soundly defeating 19-year incumbent Paul Costa in the May Democratic primary. She is unopposed in the general election. 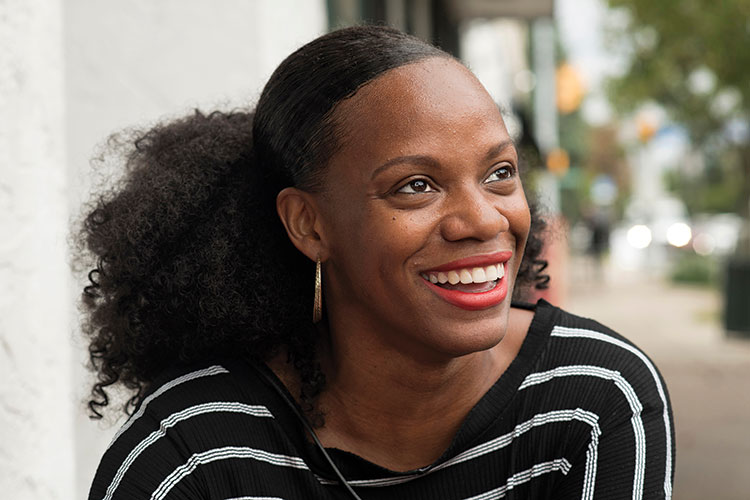 A profile in The New Yorker and a congratulatory tweet from Cher are uncommon outcomes for a state-level primary election. Both, and much more national attention, were the result of Summer Lee’s energetic campaign in Pennsylvania’s 34th District.

Lee soundly defeated 19-year incumbent Paul Costa in May. Despite her opponent’s tenure, Lee garnered more than two-thirds of the vote in the 34th district, which includes Braddock, Homestead, Swissvale and parts of Pittsburgh around the Regent Square area, among other municipalities. The victory — along with that of fellow first-time candidate Sara Innamorato, who defeated Costa’s cousin Dom in the 21st District — was heralded as a indicator of progressive, grassroots energy and a substantial challenge to the establishment wing of the Democratic Party.

To Lee, 30, her primary victory — she’s running unopposed in this month’s general election — represents an opportunity to directly address issues affecting her new constituents. She spoke with Pittsburgh Magazine about the campaign, the dialogue around it and — to coincide with our “40 Under 40” feature — how other young people can make an immediate impact.

To start simply: Why did you win?
I think there probably isn’t a simple answer to that. I think it was timing, plus work, plus personality, plus platform, plus sheer audacity — all those things at the exact same time … We engaged every part of our district, and we have a pretty diverse district. Every part. We didn’t just do Braddock, Rankin, North Braddock, because that’s where I was comfortable. We did Lincoln Place and Wilkins Township, where my opponent was from. We had volunteers and friends and supporters in every one of those parts … We just ran a brilliant, grassroots campaign.

Both locally and nationally, we keep seeing races where something “unexpected” has happened. In those cases, there’s a rush to analyze it in terms of the current political moment, or with an eye to the midterms. Do you think your win, and that of Sara Innamorato, has a broader meaning, or is it more about your individual districts?
I think it’s both — and I think it can equally be both at [the same] time. It’s so funny because even among my supporters, we’ll have these kind of intense conversations about this. You’ll look at the news and hear, “Bad primary day for the Bernie [Sanders] people.” Everyone who runs on a progressive platform is not just naturally a Bernie person, everyone who is progressive is not running because of Bernie … So I do think we have to resist that urge. But when you look across the nation, there is this surge of resistance folk — movement folk — and people who were tired of accepting that this is all our country could get. “This is all we can get, this is our economic system, this is our political system.” Our system, just by the way it’s created, is inherently designed to exclude some people. People are tired of that, particularly black women, people of color, women in general, people who have been left out of the system … I think those folks are standing up, saying, “We can get more, and we can have better and we can create a society where we don’t have to have a class of people who have nothing just so that the rich class can maintain what they have.”

A couple of months ago, I talked to Conor Lamb and mentioned your victory and Sara’s victory. He presented this idea that the future of the Democratic party depends on a coalition — more moderate candidates winning in districts like his, more progressive candidates winning in districts like yours, all under one party. How do you feel about that view?
I think that’s really a narrative shift. I don’t think he’s being disingenuous; I think that’s what he believes. I think that’s what a lot of people believe. [But] when you come to a person like me and we talk about the “why” behind my race and behind my platform, I think you’ll kind of start to understand why I have a different perspective. [For example,] I can’t coexist with someone who is far-right, because we are diametrically opposed to each other … How do you coexist with someone who believes that because of your ZIP code you deserve to have a different educational experience than someone who lives in a more affluent ZIP code? How do you coexist with someone who believes that because you live your life one way, because you look one way, because you practice religion one way, that you should be discriminated against? … No, that’s just not right.  So if your beliefs come at the expense of my human rights, my constitutional rights, then we are not operating from the same playing field, and I won’t even understand why we’re having a conversation.

It seems that any candidate who uses the term democratic socialism to describe their politics, or even an aspect of their politics, ends up constantly explaining and defending it — saying, “my politics are not what you say they are.” It seems to shift this conversation to the validity of the term.
I don’t do that.

You just don’t get into it?
I don’t have time for it. We can spend time talking about a word or we can talk about policies and how to help people. I did an interview once where they tried to [go down that road,] and she said, “What about Cuba? My family’s from Cuba, what about Venezuela?” I said, “What about Detroit? What about Flint?” In a capitalist country that is supposedly the richest in the world, we have Flint, we have Skid Row, we have Compton and L.A. and Braddock — and all these other places where we are clearly seeing a failed system … What you’re actually trying to do is cut out the conversation. By saying, “Oh, but what about,” you’re just cutting off the conversation because you’re afraid of being introspective. You’re afraid of looking at this country and seeing what has failed here. Or, the failure is to your benefit, and as long as there is this group of people that are failing, it helps you.

We’ve seen years of gridlock in Harrisburg. It’s been difficult for state representatives to come together on anything. How do you approach the job of legislating under those circumstances?
The same way I approach it now. You will find unsuspecting allies in many different places and on many different things — in our platform we talk about a [variety of issues]. We talk about criminal justice reform, ending mass incarceration. From my lens, it would be ending mass incarceration in Pennsylvania, because mass incarceration is bad. Because our carceral state is terrible. For a Republican, it would look like ending mass incarceration because we spend too much money on it. When we talk about education, it looks like me wanting equitable education for poor kids and kids of color. For anyone else, it looks like, why are we not funding education? Those are things that we can get done … Maybe [some legislators are] interested in it for other reasons, maybe they’re interested in it for the same reason as you, but someone has to say that we’re gonna push for these things, because they’re the right thing to do.

This issue features our 40 Under 40 honorees. What advice would you have for young people who are early in their career and considering a big step — like, say, running for office?
I read this article once — it was talking about the difference between men and women in career fields. What they were basically saying is that women are more likely to feel like they are not ready. I think you could [apply] that to race, I think you could put that to age — really any marginalized type of working folk will not feel ready, so they are less likely to apply for a job … There are so many times that all that is stopping you from doing the thing that you want to do is getting up and doing it. That’s literally it … Don’t disqualify yourself. Let someone else tell you that you’re not qualified. And then, when they tell you that, say, “Well, I need to get qualified, how can you help me get to that next space?”

This article appears in the November 2018 issue of Pittsburgh Magazine.
Categories: Community Feature