Puppy Love Leads to Happily Ever After

This groom-to-be took advantage of a photo shoot with the couple’s pup to get down on one knee — and have the big moment captured on film. 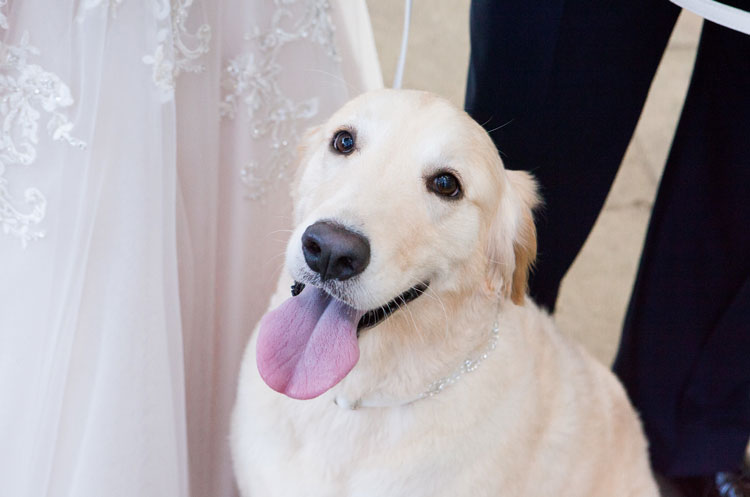 When Rachael Frye and Chris Owens won a free photo session for their Golden Retriever, Maisy, Rachael had no idea Chris would use it as an occasion to propose.

Her boyfriend of three years was on the board for the Animal Care and Assistance Board, and the couple always attended the organization’s annual fundraiser, Uncorked & Unleashed. They entered a few raffles, including an hour photo session with photographer Nicole Begley.

“I had been joking I really wanted to win the photo package because all of my Instagram is photos of my dog,” Rachael says. “I’m one of those people.” 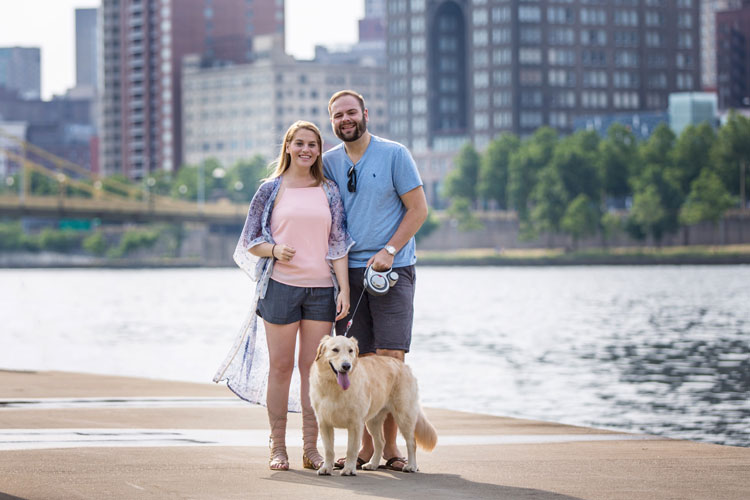 They won, and Rachael contacted Nicole to set up a day for the shoot.

“She sent me the usual materials she sends to her clients, and it says: This experience is solely for your pet, but I do plan to take a family portrait at the end of the session,” Rachael says, noting it prompted her to dress nicely for the photos, but she thought nothing of it.

When the morning of June 11, 2016, arrived, Rachael was not in the mood for a photo shoot. She was annoyed Chris had gone out with co-workers the night before, leaving her to take Maisy to the groomers by herself, and she was stressed about preparing for their annual trip later that weekend to Chris’ family’s cabin in Deep Creek, Md. She didn’t know he had been busy plotting with Nicole to coordinate the big moment.

They chose the North Shore for the shoot because they’re huge Pirates fans — Rachael used to work for the Bucco Brigade and they take Maisy to Pup Nights at PNC Park. 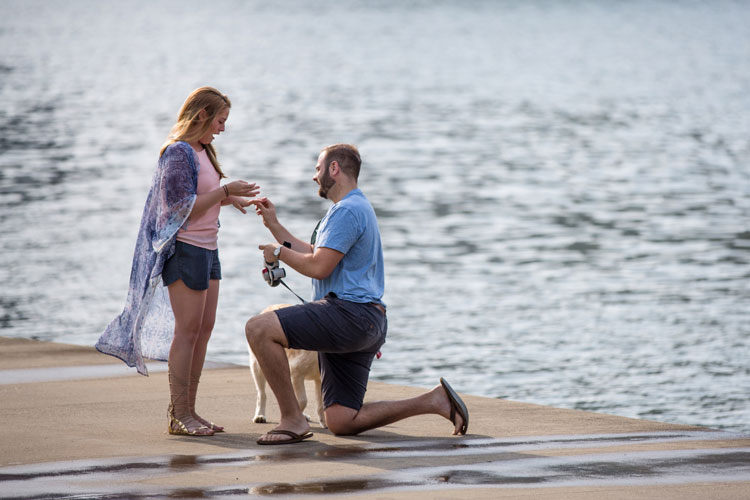 During the whole shoot, Rachael was sending their families pictures of “Maisy the star.” Meanwhile, Chris had asked her parents’ permission to propose and had told his family of his plans, so everyone but Rachael was in on the secret.

As the shoot was wrapping up, Nicole told Rachael and Chris she was ready to take the family picture.

Chris ran to get a toy to distract Maisy from bikers on the path, and when he came back Rachael was confused because she didn’t see a toy in his hand.

“The next thing I know, he’s down on one knee,” Rachael says. “I couldn’t even tell you what he said. I cried, and Nicole captured it all, and obviously I said yes and we got some really great photos. She got photos of the whole thing.” 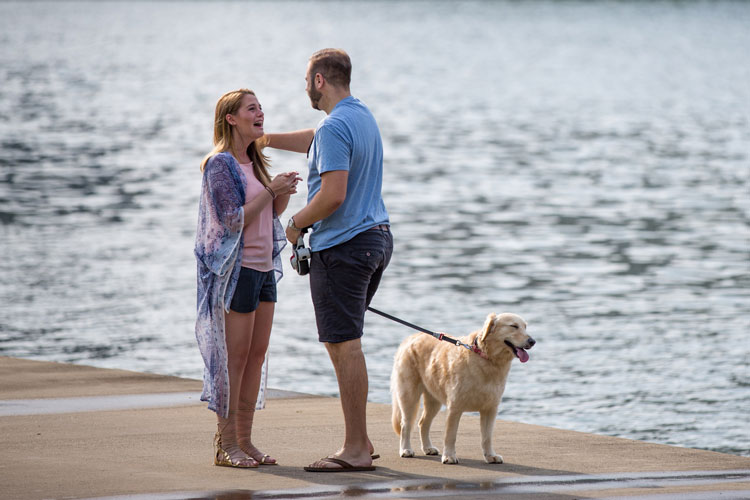 Chris had arranged for his brother to take Maisy while the couple went out to brunch with their parents before heading to Deep Creek.

The couple married on Sept. 23 at Sacred Heart Parish in Shadyside with a reception at the Pittsburgh Zoo. 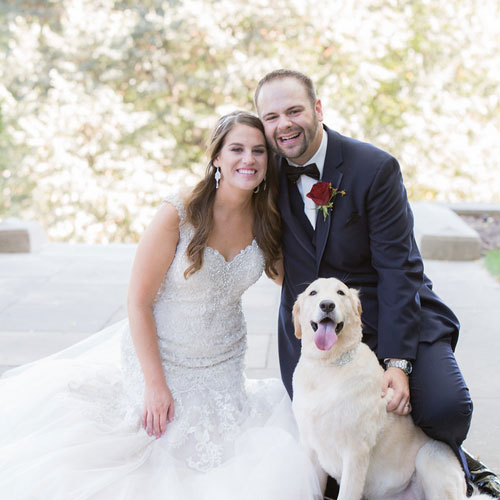