This couple persevered through numerous COVID-19 setbacks to end up as close to their original vision as possible — complete with a drag show finale. 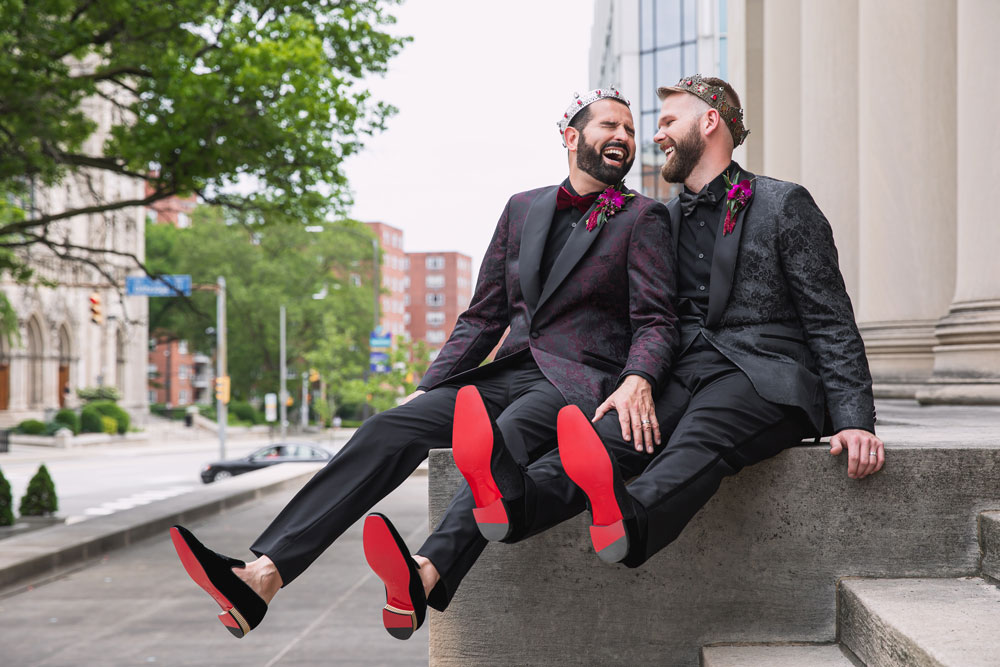 PHOTOS BY WEDDINGS BY ALISA

When Casey Met Brandon
In April 2016, Casey Macioge was living on the North Side and Brandon Lewis was living in Indiana, Pa., but they met at Bloomfield bar P-Town.

They got each other’s numbers and stayed in touch for a few months, but when Brandon did some summer traveling they drifted apart.

In September, unbeknownst to Casey, Brandon moved to Pittsburgh, and the two ran into one another at random, again at P-Town.

“The rest is history,” Casey says. 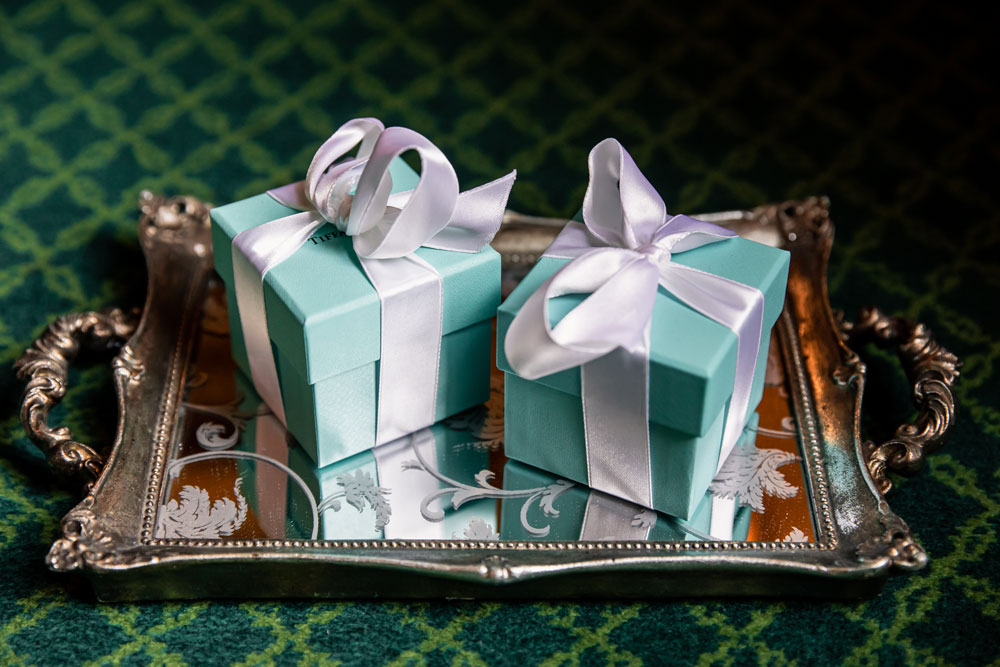 He Said Yes
In 2018, the week before Christmas, the pair took a trip to New York City.

Casey was completely blown away when Brandon pulled him off to the side of a busy street after a Broadway show and revealed a custom ring.

“It all happened so fast,” Casey says, “and I was cold and shivering, and he pulls out this ring and grabs my hand and says, ‘Do you want to marry me?’ and I was just like, ‘Oh my gosh, yes.’” 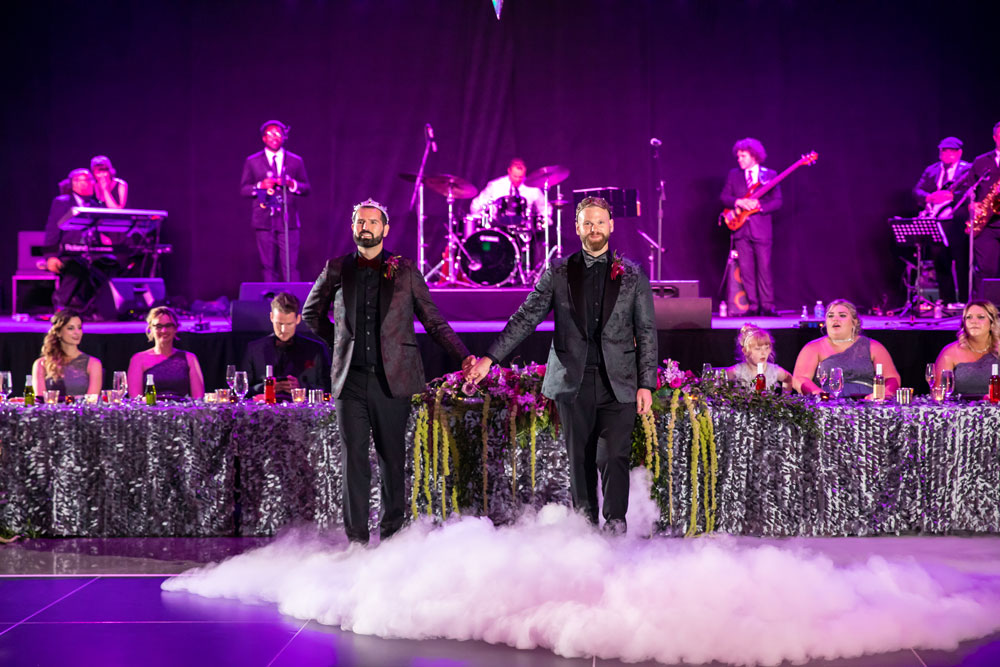 Casey jumped into planning mode, and they set a date for May 9, 2020. When the COVID-19 pandemic hit, they transferred all of their plans to Oct. 3, then, eventually, to May 22, 2021. The result, despite everything, was magical, Brandon says.

“It was the perfect day. It really was, from the beginning to the end.”

They were originally set to have the Pittsburgh Youth Chorus perform at their ceremony, but after the pandemic forced that cancellation, Heinz Chapel allowed them to bring pre-recorded music: “All Love Can Be” from “A Beautiful Mind,” sung by Charlotte Church, “Pachelbel’s Sanctus,” performed by the all-boys choir Libera, and “Walking in the Air” as a recessional, also by Libera. Brandon’s son was their ring bearer and their niece was their flower girl.

Casey and Brandon had originally scheduled dancers, representing themselves, to process down the aisle to a large curtain, which would be unveiled to reveal Casey and Brandon in the crowns they had ordered from an Etsy business in Ukraine.

“In the ceremony, we talked about how we were equals, us both being kings of our castle together, so there was symbolism there,” Casey says. 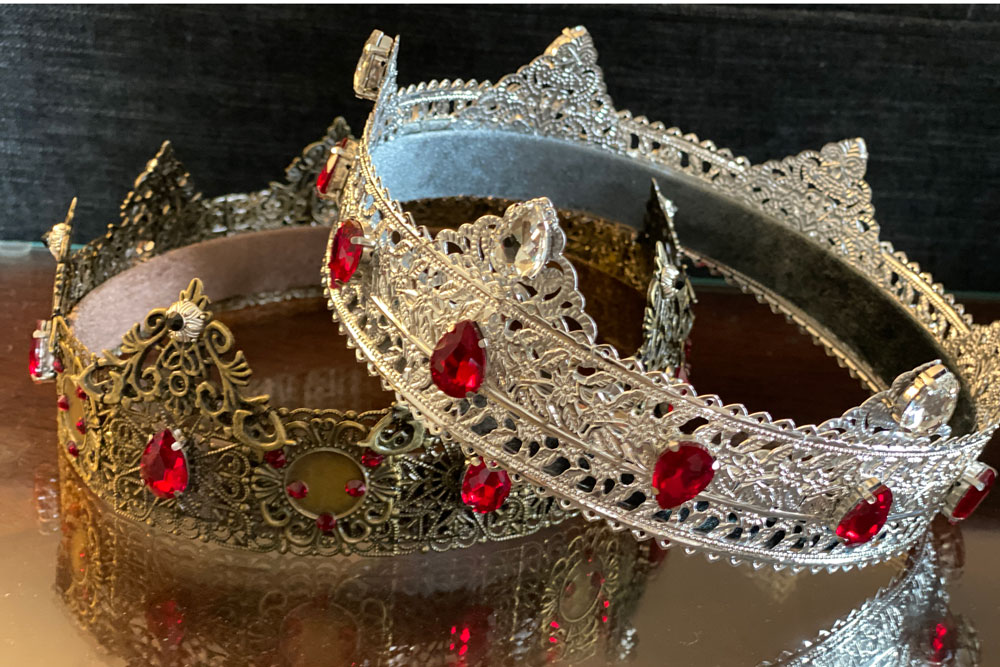 The dancers had to be canceled due to COVID, but Casey and Brandon decided to add a magician as a surprise for their guests at the cocktail hour held at Rivers Casino. The Bachelor Boys Band was able to perform as planned at the reception.

To up the ante with their decor, they upgraded their lighting at the casino to the same used for concerts, and they proceeded with their original idea to have a rolling fog (created by dry ice) float out from beneath their gothic-chic floral centerpieces when guests arrived. Red Punch Design created the arrangements with fuschia and burgundy orchids mixed with lush greenery. 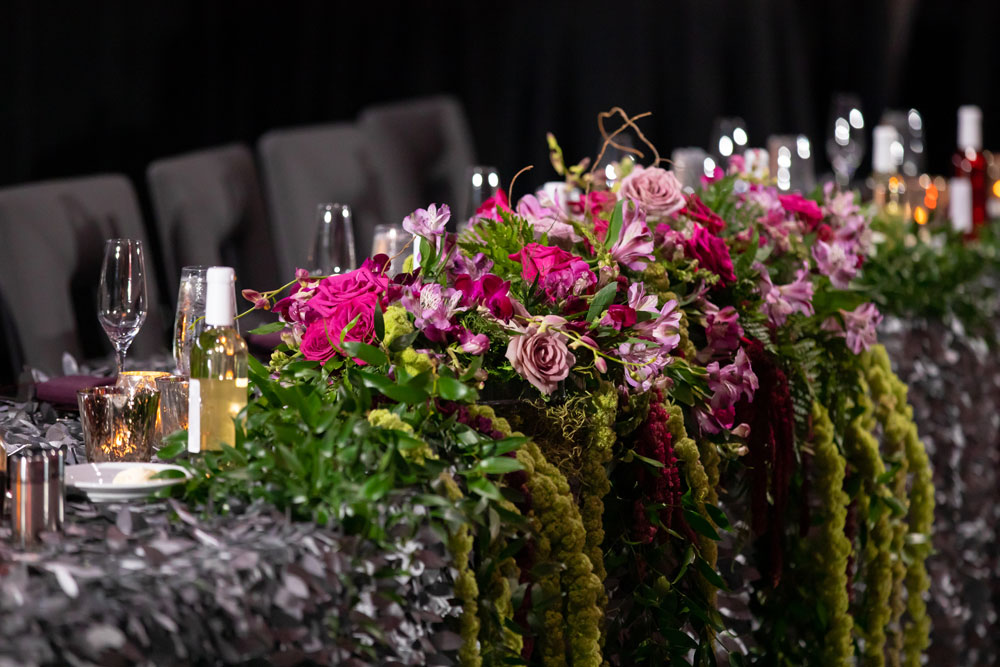 After Casey and Brandon made their entrance, they went straight into a choreographed dance to “Never Enough” from “The Greatest Showman” — they took dance lessons for two months to pull it off, and the dry ice fog floated around them, which Casey says made it seem like they were dancing on a cloud.

Their stunning naked cake with fresh fruit was crafted by the Rivers Casino pastry chef with input from Casey and Brandon.

The day was originally set to end with an after-party and drag show at Element in Shadyside, but with Element now closed, they invited performers Dixie Surewood, Lola LeCroix, and Annasteezia to send their guests off with style.

“It was such an awesome way to end the reception because from start to finish it was one surprise after another,” Casey says. “We had the magician, then we did this dance and not a lot of people knew we were doing a first dance, then having the feature on the centerpieces and having the live music from the Bachelor Boys and ending with the drag show — it was just unique surprise after unique surprise.”

“At the end of the day, the reception was not about us, it was really about the people who had loved us and supported us along the way, and we really wanted to do something special and unique for them,” he says. 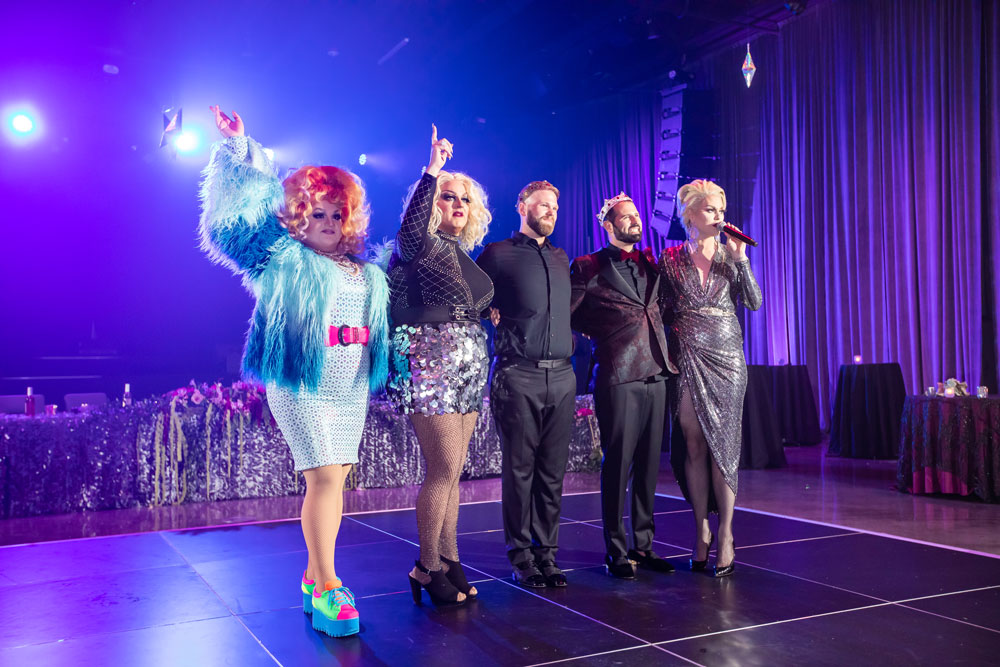 Happily Ever After
After a honeymoon to Barbados and Key West, the couple will return to their home in Youngstown, Ohio, where they live with two dogs, Piper and Chloe, and two cats, Raven and Hansel. Casey, 42, is a senior communications specialist for Ellwood Group, and Brandon, 27, is a design consultant for Home Depot. 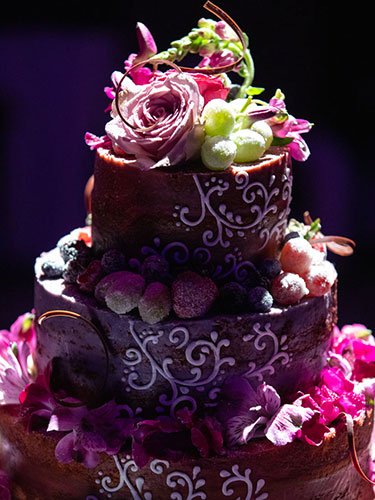