Pull Yourself Together — It’s Playoff Time

This weekend, the Pirates fight the Reds for the right to home turf. 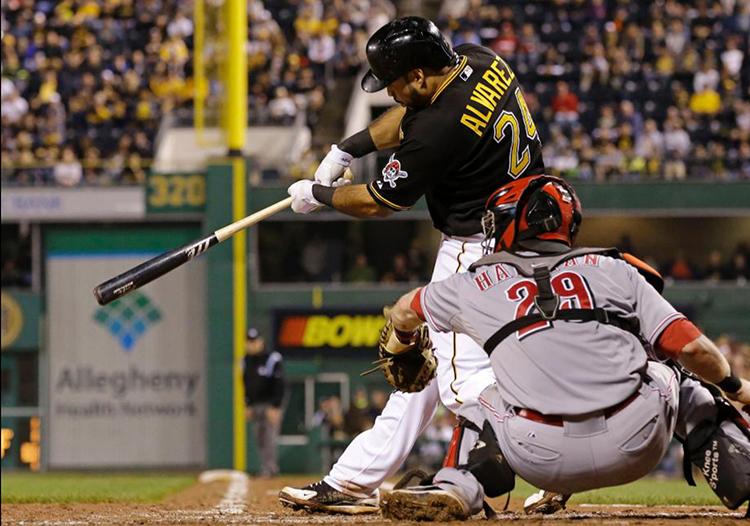 We’re all totally unprepared to handle this. Not just postseason baseball — but meaningful baseball at the end of the regular season? Every-game-matters, white-knuckle tension before the postseason even begins? We've never done this before! What do we do? Where do we turn? How do we process this?

See, things are more clear today than they were before last weekend’s set with Cincinnati … but not by much. We know that the Cardinals, Reds and Pirates are all going to the postseason. We know that two of those teams will be the two wild-card teams. We know that the Reds cannot win the National League Central. After that …

Here’s what we do know: The Pirates and Reds go head-to-head three times this weekend, and whoever wins that series will host the wild-card game. (This is true even if the Pirates and Reds end this weekend with the same overall record, because of how the tiebreakers work.) If the Bucs win two or three, the wild-card game is at PNC Park. Reds win two or three, it’s in Cincinnati.

Unless, of course, the impossible happens. In this case, that involves the Pirates taking all three from the Reds and the Cardinals losing the next three games to the Cubs. As we saw this week, the Cubs are very, very bad — and as we’ve seen all year, the Cardinals are quite good. This is a very remote possibility. What if it does happen, though?

Then the Cardinals would finish the year tied with the Pirates at 94 wins and enter a one-game playoff on Monday — at PNC Park, by the way — to determine the NL Central champ. Winner bypasses the wild-card round entirely and jumps to the best-of-five NLDS; loser hosts the Reds, at home, in the wild-card game.

So in all likelihood, this weekend is a fight to have that all-or-nothing wild-card game on home turf. Aside from the natural advantages that come with playing here, it’s worth pointing out that presumptive wild-card starter Francisco Liriano has been much more effective — the proper word is overwhelming — at home and beatable on the road (see: yesterday).

But more than that, if there were ever a time when momentum mattered, it is now. Pundits and fans will debate the reality, importance and effect of momentum forever, but consider this: Should the Reds win this series, the Pirates will have lost at least five of their last nine games, and four out of six to Cincinnati. They will have dropped two series to the Reds in as many weeks — and they’ll have to play for their postseason existence in one game, in front of a packed and raucous Cincinnati crowd.

The opposite situation, though? If the Pirates win two or three this weekend, they’ll have embarrassed the Reds on their home turf. Cincinnati will have lost two straight series, including a humiliating series loss to the stumbling New York Mets, at home. And they’ll have to travel to a molten PNC Park, immediately after spending a weekend getting kicked around by the Bucs.

Which scenario would you prefer?

It’s been a long time since the last series of the season mattered in Pittsburgh. Not just 21 years, either; even in the playoff years of the early ’90s, the Pirates had clinched the NL Central before the regular season’s last games.

This is what we’ve been waiting for, Pittsburgh. Enjoy it.