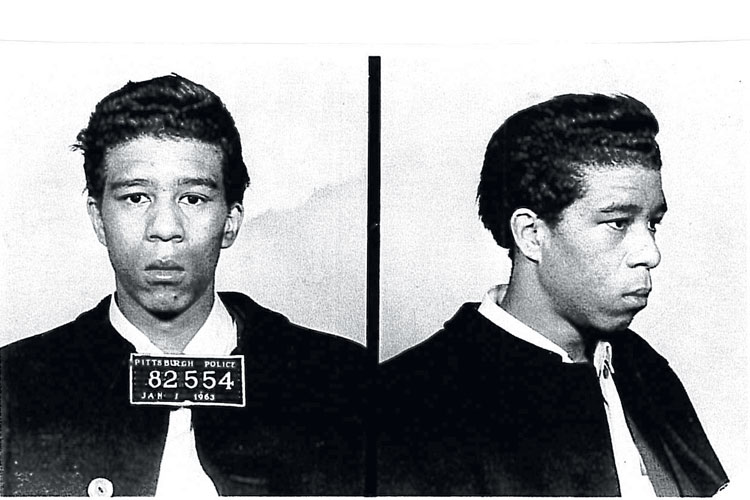 Richard Pryor long will be remembered as a provocative and profane master of stand-up comedy, a wonderful actor and, sadly, a man with plenty of personal problems. For 35 days in 1963, he also was a prisoner in the Allegheny County Jail, Downtown.

He just was getting started as an emcee and comedian in small nightclubs, among them those popular at that time in Pittsburgh’s Hill District. I found out about his local arrest and detention from retired Pittsburgh Police Cmdr. Ron Freeman, who collects law-enforcement artifacts and memorabilia; he invited me to look at several interesting items he had saved over the years. At the end of his visit, he pulled out a small mugshot, slightly larger than a calling card. “You’ll know who this is,” he said.

Freeman said he had heard about the arrest from other local cops, so he went to the third floor of the former Public Safety Building where such records were kept. He said mugshots of the famous sometimes are traded among police in different cities, almost like baseball cards.

I wanted to know more, so I ended up in the Wilkinsburg Public Library, which keeps a copy of the comedian’s autobiography — with the pertinent title, “Pryor Convictions and Other Life Sentences.”

Richard Franklin Lennox Thomas Pryor III was born on Dec. 1, 1940, in Peoria, Ill. His troubled childhood years included being abandoned by his mother to be raised by his paternal grandmother in a brothel, incidents of sexual abuse and lots of escaping to movie theaters. He went into the U.S. Army in his late teens — a stay that didn’t last long — before returning to Peoria where he started hanging out with musicians and comedians in local bars and clubs.

His budding stand-up career brought him to Pittsburgh, where he became friends with a woman who sang in local clubs. Sometimes, though, he made it sound like he was her pimp. He wrote in his autobiography: “Thinking I was a big shot, I told people we were going out and that she was giving me money … Someone told her and she came looking for me, seeking revenge. At the confrontation, backstage, I thought she was going to do serious damage to me, so I beat her a** first. I didn’t think about hitting a woman as much as I thought about my own survival.”

But there’s no excuse for such behavior, and her father was friends with some police officers. Pryor wrote, “Pittsburgh was like a small town.”

Pittsburgh police quietly arrested him on Jan. 1, 1963, at the Wylie Avenue boarding house where he was staying. He was sentenced to 90 days for attacking the woman and undoubtedly had to walk across the famed “Bridge of Sighs” from the Allegheny County Courthouse to the jail. He was supposed to be there for three months but played numbers games while incarcerated and won $70 — enough to pay his fine. He was released after 35 days.

After his time here, Pryor moved on to other cities and soon arrived in New York, where his talents were noticed. Within two years, he was appearing on television; his fame as a comic and an actor would grow to superstar status by the 1970s. In 1986, he was diagnosed with multiple sclerosis. He died in 2005.

This article appears in the July 2016 issue of Pittsburgh Magazine.
Categories: Rick Sebak