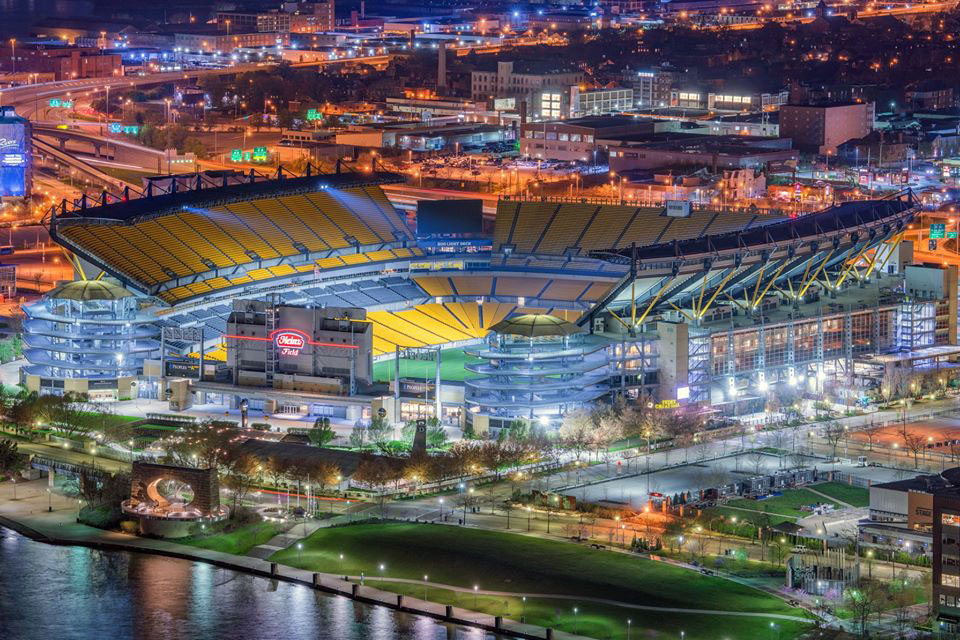 A new ordinance will have the Pittsburgh region seeing stars — hopefully.

On Aug. 24, the City of Pittsburgh unveiled the “Dark Sky Lighting” ordinance for all city parks, facilities and street lights. According to a press release, dark sky lighting is the use of technology, lower color temperature and shielding as a way to reduce outdoor lighting, using only as much light as needed for comfort and safety.

“This ordinance requires that all newly constructed and renovated City-owned facilities and parks comply with Dark Sky Lighting principles and mandates that all streetlights to be replaced as part of the streetlight retrofit utilize Dark Sky-compliant fixtures,” the ordinance summary says.

The change would mostly entail replacing existing LED streetlights, which sit at a toasty color temperature of 5,000 Kelvins. LED lights also contain a large proportion of blue light, a high-energy emission that can negatively impact human health and endanger wildlife, according to the International Dark-Sky Association.

The proposal also includes reducing lighting in structures such as picnic pavilions and dugouts as well as dimming city building lights at night. The ordinance was presented to City Council last Tuesday, and it’s set to be discussed again at another meeting next Wednesday. It will likely come up for a final vote on Sept. 7.

Dark sky lighting also notably decreases light pollution, which has become a major problem in most urban, and even suburban, areas.

According to the International Dark-Sky Association (IDA), 99% of people in the U.S. and Europe live beneath “skyglow,” or the brightening of the night sky over inhabited areas. Industrial civilization has long extended the day and illuminated the night in a vast assortment of ways, from neon signs and billboard ads to the daylight-esque stadium lights cast over outdoor games. The result is a slew of matte, starless skies that many feel lack the depth and wonder associated with outer space.

“Less than 100 years ago, everyone could look up and see a spectacular starry night sky. Now, millions of children across the globe will never experience the Milky Way where they live,” a statement on IDA’s website says.

But the impact of light pollution goes far beyond aesthetic consequences. Widespread use of artificial light can severely impact people’s mental and physical health, waste energy and reduce visibility for motorists, cyclists and pedestrians. It also poses a threat to the habitats of plants, animals and birds.

“Dark Sky Lighting provides an opportunity for city residents to reconnect with the night sky while also providing critical relief for birds and other wildlife that call the city home,” says JD Brown, program director of Biophilic Cities Network, in the press release.

Humans are dependent on natural internal cycles such as the circadian rhythm and the production of melatonin, which are regulated by the natural external cycles of the environment. But the truth of our bright world is that most people in the U.S. no longer experience genuinely dark nights. When exposed to artificial light — especially blue light, and especially at night  — these cycles are disrupted, according to research posted on IDA’s website.

Further, IDA estimates that $3.3 billion in outdoor light is wasted per year, and also releases  21 million tons of carbon dioxide. To offset the environmental effect of all that carbon dioxide, 875 million trees would need to be planted annually.

In a heatmap produced in conjunction with The New World Atlas of Artificial Sky Brightness, Pittsburgh is identified as a light pollution hotspot.

A handful of city institutions also have joined the effort to darken Pittsburgh’s skies. Phipps Conservatory and Botanical Gardens, the National Aviary and the Pittsburgh Zoo and PPG Aquarium have each agreed to install dark sky lighting as part of future capital and renovation projects. Additionally, the city’s Division of Sustainability and Resilience will make a guide for private property owners and developers to install the lighting.

The Steel City’s dark sky lighting ordinance is also the first of its kind and could set a precedent for other cities struggling with skyglow and pollution.

“Pittsburgh is the first city to take a principles-based approach to legislation, clearly aligning with IDA’s values-centered approach to lighting”, says Ruskin Hartley, executive director of the International Dark-Sky Association, in the press release. “The proposed ordinance presents an opportunity to adopt a policy that is easy to understand, implement, and enforce. We foresee this approach serving as a model for other municipalities looking to effectively reduce light pollution.”