Problem: Finding the Math in 'Peg+Cat'

Peg, the program’s exuberant heroine, is a role model for girls, who are underrepresented in math careers. 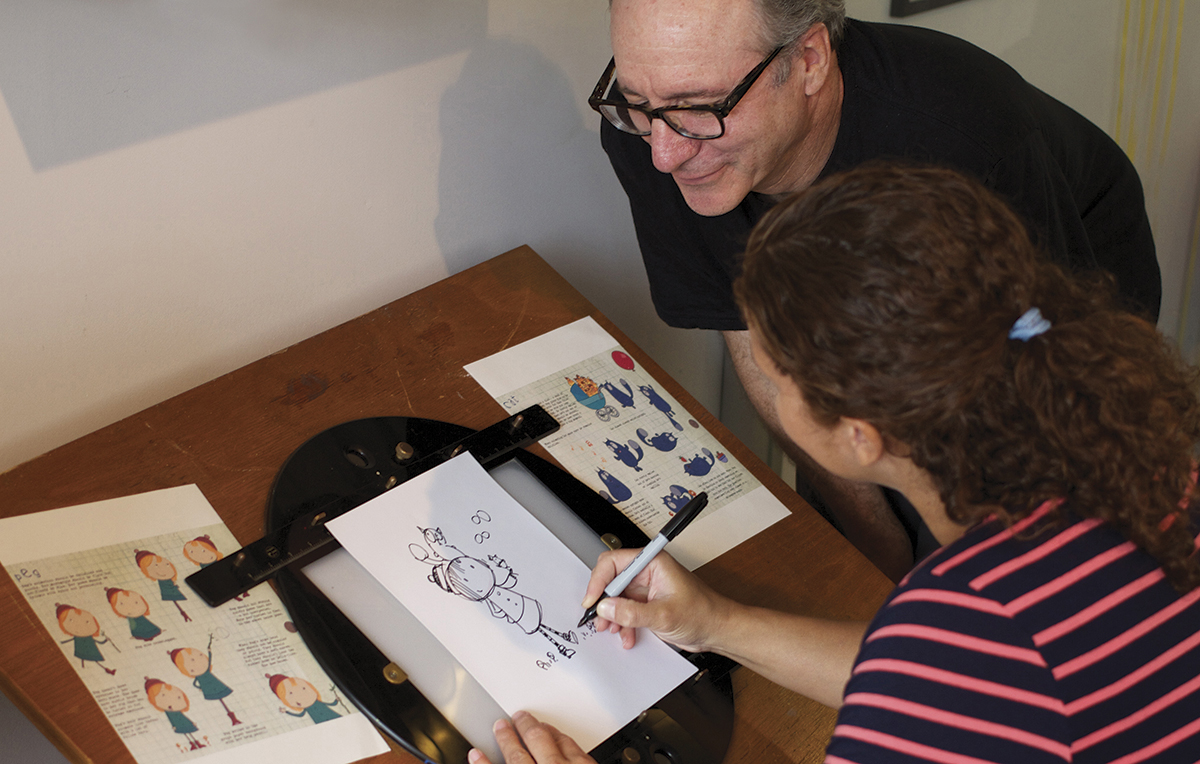 Paul Siefken of the Fred Rogers Company calls its “Peg + Cat” “one of the most-researched programs in the history of public television.” Developed in response to a request from PBS, the show is a result of increased national interest in STEM learning: science, technology, engineering and mathematics.

Funded by the U.S. Department of Education and the National Science Foundation, the show introduces basic math concepts vetted by academics and introduced with comic style by hand-drawn animated characters. As part of the federal grant project for the program, the company’s Mallary Swartz is working with the Allegheny Intermediate Unit. With support from the National Science Foundation, the AIU is helping local Head Start teachers to incorporate numeracy concepts in their classrooms. Web content and games are part of the project.

Peg, the program’s exuberant heroine, is a role model for girls, who are underrepresented in math careers. Skip Fennell, a math education expert and consultant to the show, explains how one episode, “The Beethoven Problem,” translates a few ideas to 3- to 5-year-olds.

“Most children of this age are able to count to an extent. They know a few numbers in sequence,” Fennell says. “So here, we’re using cardinal numbers [five symphonies, five floors] and ordinal numbers that show place [the Fifth Symphony]. Along the way, we introduce the idea of repetition, or patterns.”

When Peg and Cat visit the composer’s fifth-floor garret, he’s worried. He can’t think of opening notes for his next symphony, and the king is coming to hear it at lunch. Peg suggests using a pattern: “Patterns are cool! Think of one series of notes, then repeat it over and over,” she advises. Cat, tickling himself with his tail, laughs “Ha-ha-ha-haaaaa.” “That’s it!” cries Beethoven. He plays the opening bars of the Fifth Symphony.

But as Beethoven celebrates, he squashes a platter of wurst. Peg and Cat run with him to buy replacements, counting the flights of steps from five to one. Beethoven is constantly humming, tapping and stepping in rhythm of the symphony, short-short-short long.

As the king arrives, Peg, Cat and Beethoven dash up the back stairs, counting the floors forward. Entering Beethoven’s garret, they set the table with the silverware in a certain pattern (fork, fork, fork, knife), and lay out the wurst in a certain pattern (short, short, short, long). All they need is a name for the new symphony. Peg and Cat shout out ideas, including “Beethoven’s Wurst Symphony,” but none seems quite right. As Beethoven frets, Peg and Cat prod him to count backward from five to calm down. “The idea that you can take a break, rest and come up with a solution — that’s persistence,” notes Fennell.

Peg asks Beethoven how he named the other symphonies piled on the floor. He calls the symphony marked with the numeral 1 the first, 2 the second and so on. Since this one is 5, they call it the fifth. As the show’s theme song plays, they sing: problem solved.