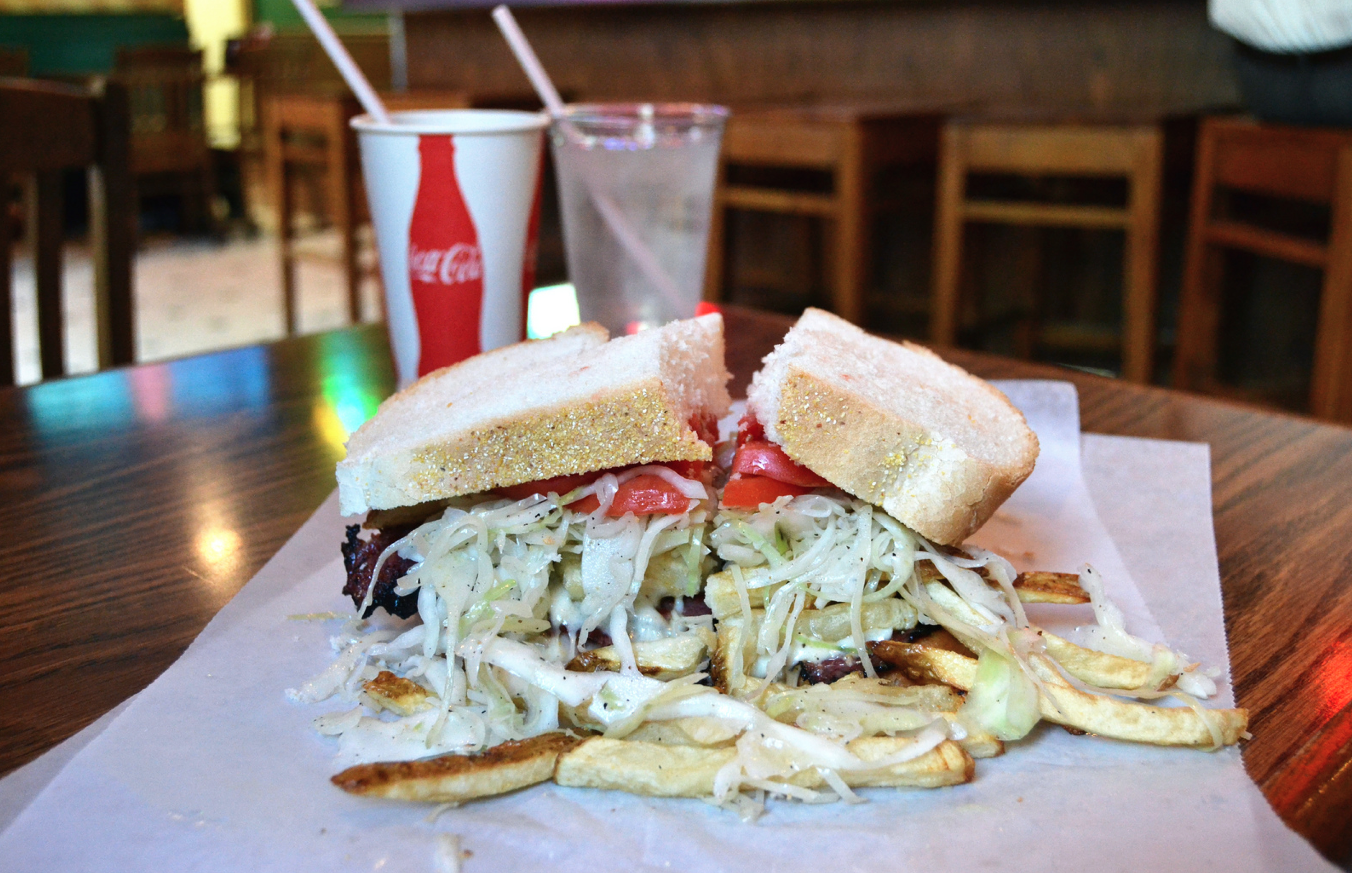 Actual true story: In college, we knew a very innocent freshman who became a wee bit overexuberant about his post-finals hydration. Upon entering the dorm room, we found him pantsless and snoring face-down on the floor. All the lights were on. The computer was playing, of all things, Bach. One hand was resting on a calculus book. The other was clutching a Primanti Bros. cheesesteak in mid-air.

Picture a WWF wrestler in a sleeper hold who suddenly springs his arm to life.

Laugh if you want, but our friend knew how sacred a Primanti Bros. meal was in the midst of a 2 a.m. spiral. The guy now is a doctor.

We digress. Esquire has included the Primanti Bros. cheesesteak in its list of the Best Late-Night Food in the U.S.A.

The mag staff recommends that you “wash it down with one last beer and disappear into the fuzzy end-of-the-night chaos.”

No. Imprudent. You need water. Drink the water.


Yoi. Tomorrow at noon, more than 1,700 very brave souls plan to jump into a freezing cold pool at Station Square. They are not maniacs. They are doing it for a great cause. The 2013 Pittsburgh Polar Plunge Weekend is on pace to break the Special Olympics Pennsylvania fundraising record with an expected $400,000 raised to support the athletes. You, too, can plunge. Or if you are too chicken, donate to the cause.

#Watch: Pittsburgh: the Movie is a brief history of Hollywood’s love for us