The Bills' players and staff will be eating well as they clear out and prepare for the off-season. 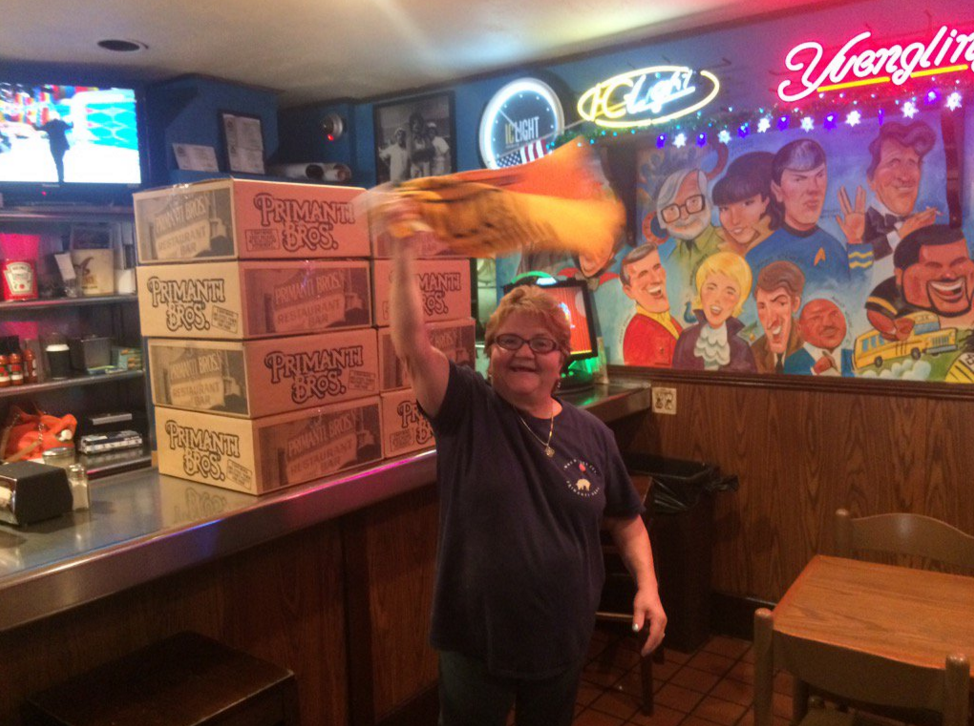 With a final record of 8-8, the Buffalo Bills are not headed to this year’s NFL playoffs. But while the mood at the team’s Orchard Park, N.Y. offices may be somber, at least they’ll eat well — courtesy of Primanti’s.

At 10:30 Monday morning, the flagship Strip District location was packing up an order of 100 sandwiches to deliver, via FedEx, to the Bills front office. The delicious gesture is meant as a token of Pittsburgh’s appreciation; by defeating the New York Jets 22-17 yesterday at Ralph Wilson Stadium, Buffalo ensured a playoff berth for the Pittsburgh Steelers.

Nearly shouting over a din of voices and sizzling grills, Primanti’s Operations Director Mike Mitcham confirmed that the sandwiches were en route: “Toni’s packing them up as we speak.” (Toni is Toni Haggerty, who has been making the iconic sandwiches in the Strip since 1974.) Mitcham says the Primanti’s crew began thanking the heavens after the Bills’ victory; eventually, he told the assembled sandwich makers, “You know what? We should just send a thank-you.”

The sandwiches will come in the form of Primanti’s Party Pack kits, which can be purchased online; each box contains the ingredients for four sandwiches, along with a DVD in which Haggerty instructs the recipient on proper assembly technique as well as a Primanti’s t-shirt. “We’ve put a Terrible Towel in each one of the boxes” bound for Buffalo, Mitcham adds.

Mitcham confirmed that Bills officials had been contacted and were eagerly expecting the delivery.

As for what they’ll be eating: We can report that it’s a mix of pastrami and capicola.