During her final season of professional basketball, Cash remains ferocious on the court and selfless everywhere else. 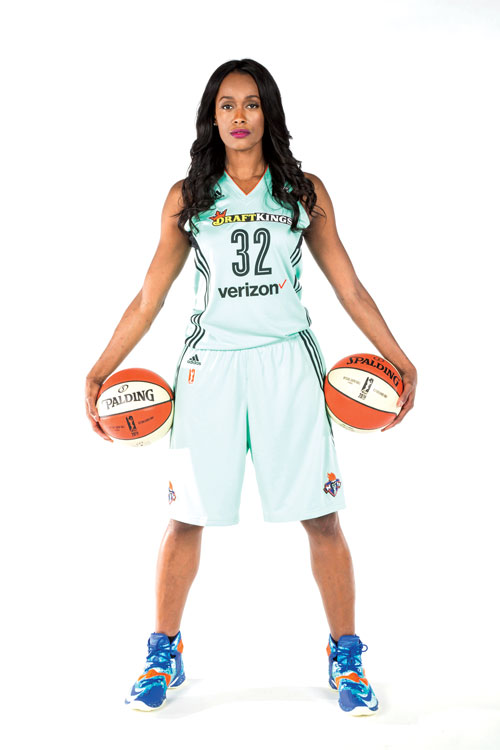 A lanky 14-year-old stood basking in the events of McKeesport’s International Village, a lively food and music festival, when a gentleman approached with a business card. Runways and magazine covers, he believed, were in store for this striking ninth-grader.

The cameras soon found Swin Cash. Spindly legs and all, she transformed into a noted regional print model. Next was a spot in New York City’s Fashion Week.
Was she destined to become America’s next top model? Not quite. Not with mom monitoring matters.

Cynthia Cash, who was a teenager when she gave birth to Swin, declared it was time to swap the high heels for high tops. The catwalk could wait for her photogenic daughter.

“A lot of people don’t know that story, other than my family,” Swin Cash says, reflecting on the events of 22 years ago. “It all happened so fast. Here I am, this skinny kid, and they say, ‘We have to shave your legs, fix your makeup …’ I’m like, ‘What? I’m 14.’ It was getting serious. My mom said, ‘It’s time we focus on the sports side of things.’”

That prescient decision launched a basketball career entering its last months — in New York City, of all places. Cash, 36, is in her 15th and final WNBA season with the New York Liberty.

On June 7, she announced her retirement, effective at season’s end. She will leave the game ranked among the top 15 in WNBA history in scoring, rebounding, assists and games played.

No longer physically able to dominate as she did while winning two NCAA titles with the University of Connecticut, three WNBA championships and two Olympic gold medals, Cash has this season relied on her self-described “McKeesport mentality” as a key reserve for the Liberty, her fifth WNBA team.

“Her pride pushes her to keep playing this game,” Liberty coach Bill Laimbeer says. “She has a great desire to compete at the highest level at all times.”

This explains why she’ll selflessly dive into a scorer’s table for a loose ball, as she did in a game against Connecticut, or chase down a player 10 years her junior to block a shot, as she did in Phoenix.

“To watch her inspires me,” says teammate Tanisha Wright, a West Mifflin High School graduate. “[She] pretty much inspires everyone around her.”

Oh yes, that inspiration. The morning of April 22 underscores the point. It was 9:30 a.m. and Cash had just rung the opening bell at the New York Stock Exchange with her Liberty teammates. By 9:40 a.m., she was gone, racing to LaGuardia Airport, bound for McKeesport.

“Had to see my kids back home,” says Cash. 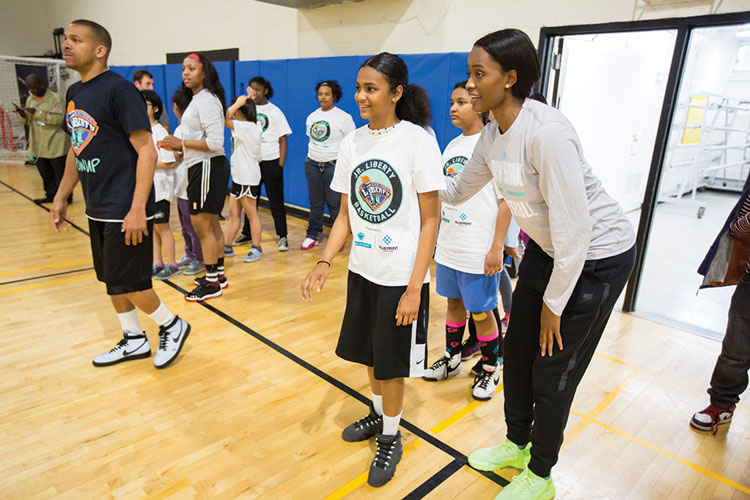 Those “kids” she refers to are participants in the Cash for Kids program, which Cash founded 11 years ago to educate and empower children with a focus on fitness. Upwards of 2,000 youngsters from McKeesport have benefited.

On this day, the basketball playoffs are in full swing for the 9- and 10-year-old group. Cash watches intently. She cheers for — and challenges — the young players. She hangs on every shot, pass and turnover.

This is where Cash says she is most at ease. It means more to her than the TV work she does with the New York Knicks, CBS Sports Network and Turner Television. It trumps her April selection as one of Sports Illustrated’s “50 Most Fashionable Athletes.” And it far surpasses her two WNBA All-Star game MVP awards.

A hug. A high-five. A massive smile. That’s all “Ms. Swin” needs from her kids.

“I made a promise that I would come and see them play, and it’s important to stay true to those promises,” Cash says. “To get a chance to put my arms around them, to talk to them, to listen to them and to encourage them, means everything to me. It was cool ringing the bell at the stock exchange, but the highlight of my day was being there with those kids in McKeesport.”

Back in New York, Cash is basking in her final run through the WNBA. She also is preparing for future success. A full-time TV job is a possibility, she says. Ditto for an executive position with a WNBA team. Motherhood remains a goal, too, for this recently married trendsetter.

“I’m truly humbled by my experiences,” Cash says. “Every day, I think about the people who believed in me, invested in me. They gave so much to me. It’s a great lesson. And it’s one I want to share with as many people as I can.

This article appears in the July 2016 issue of Pittsburgh Magazine.
Categories: From the Magazine, Hot Reads, Sports