Popularity of The Flats on Carson is a Mystery

After Dark visits the South Side bar which attracts big crowds on the weekend — and, on Sunday, was the scene of a well-publicized arrest. 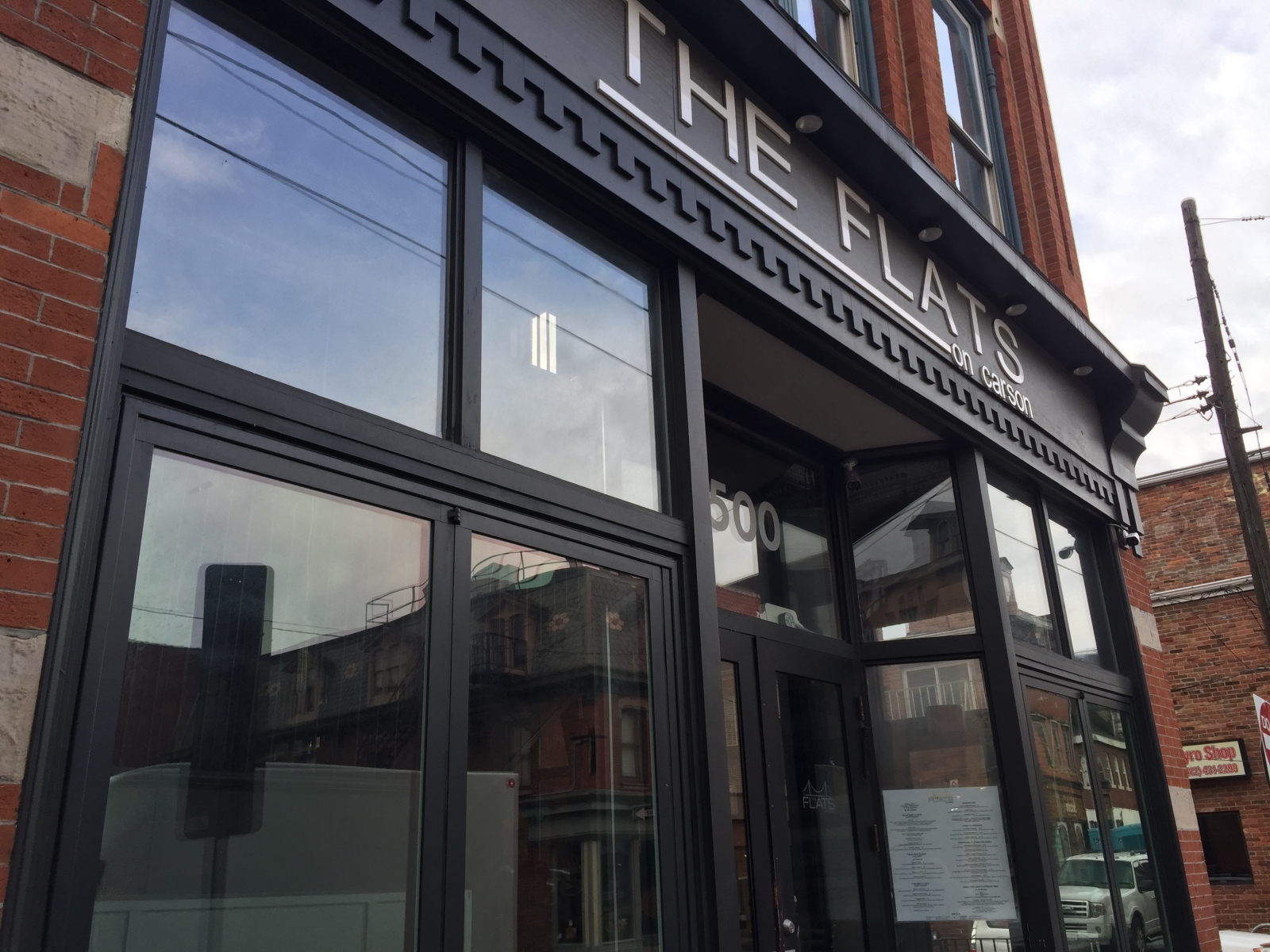 On Sunday, Pittsburgh Steelers Outside Linebackers Coach Joey Porter was arrested following an incident outside East Carson Street bar The Flats on Carson. The allegations against Porter are to be taken seriously, even as the circumstances of the incident — which also has prompted an investigation by the Citizens Police Review Board — are generating significant debate on social media.

I had never been to The Flats, a two-level bar with a reputation as a crowded weekend hangout. Its first floor consists of a bar and small dining area; a dance floor upstairs hosts live DJs most nights. The Flats also plans larger parties for celebration-heavy holidays throughout the year.

I thought I’d be walking into a slightly underwhelming South Side bar in the classic model — acceptable food, decent service and unremarkable atmosphere. Instead, I was surprised to have one of the worst experiences I’ve ever personally endured in a Pittsburgh bar.

Let me attempt to find any possible positives: The Flats offers a variety of nightly specials that do indeed bring food and drink prices below East Carson Street averages, including generous Happy Hour deals. The beer selection is above-average and includes a handful of local options, including a tap for Arsenal Cider.

Umm … I think that’s all I have in terms of positives. It’s well-lit? Does that count?

I visited on a weeknight to find the bar almost empty, with a small group crowded around a single bartender. No one greeted me — or even acknowledged my presence — on entry, as I surveyed the room before sitting down at a table near the bar. After a few minutes of quiet reflection, the bartender finally looked my way and (without approaching) asked if I wanted a drink or anything.

I awkwardly stood up and approached the bar and selected a draft; he poured it, I returned to my seat. About 10 minutes later, a female friend who I had invited to join me turned up; upon her entry, the bartender nearly sprinted out from his station to take her order at the table.

I’m all for chivalry, to be clear. But I’m also generally in favor of service for all.

She asked him for a menu, prompting a slightly surprised, “Oh yeah.” It was as though he had temporarily forgotten that food was offered at The Flats.

After eating it, I see why.

Thinking we’d stick to safe options, we selected a pair of dips — buffalo chicken, served with chips, and a beer dip, served with pretzel bites — and nachos. The best of the bunch was the buffalo, which rode a wave of hot sauce to palatability. The nachos were a massive tray of seemingly store-bought tortilla chips smothered in neon, room-temperature cheese and tasteless salsa. The beer cheese vacillated between bland and slightly bitter.

Throughout the experience, the soundtrack — selected by the few other patrons with the help of a digital jukebox, which, as previously discussed, are evil, bar-ruining monsters — jumped between less-than-choice hip-hop and mainstream country, played at a near-deafening volume. (To his credit, when the bartender eventually noticed my companion and I leaning towards one another to shout our conversation across the table, he lowered the volume slightly. This took 40 minutes.)

The trip was one of the few times I can recall when the singular feeling I got from a bar was, simply, “Why are you here?” The few humans present seemed genuinely confused when I walked in, and they were further thrown by the fact that I ordered food. The atmosphere at The Flats was not of a bar on a quiet night, but rather of a place open out of some sort of obligation, awaiting the flood of weekend bodies willing to part with money in exchange for loud music and few questions.

In fairness, I’m sure this is The Flats’ reason for existence — big crowds and loud bass on Friday and Saturday nights — and that isn’t what I experienced. If the attitude, atmosphere and service I encountered are any indication, however, in my view it’s not worth making the trip here even if that is what you’re seeking. Admittedly, that’s not often the scene I’m after, but I’ve found both Jekyl & Hyde and Diesel to be better South Side options in that vein.

I can’t think of a single reason to make a point of visiting The Flats. (Let alone why anyone would start a conflict trying to get in, but I’ll leave that to the sports pages.)

But — aside from those above — I can think of a perfectly good reason why I am disinclined to patronize this particular establishment.

The Flats on Carson is one of a few remaining local bars that posts a dress code on its door. This isn’t a coat-and-tie sort of dress code, of course; this is a series of rules that, on first glance, may seem odd for a bar catering to a younger crowd on a busy city street. “No hats.” “No plain white t-shirts.” “No athletic wear.” “No basketball shoes.”

Those rules accompany a few that seem a bit more pointed: “No camouflage.” “No work boots.” “No oversized clothing.” “No flashy jewelry.”

These rules appear above a further disclaimer: “The Flats on Carson is a Private Establishment. Our staff reserves the right to refuse entry at their discretion.”

So what particular segments of the population, going by the above rules, are likely to be refused entry at The Flats?

I’ll only make one more point on the matter: On my visit, one of my fellow patrons was in violation of several of those rules, a fact which did not result in his being denied entry or service.

Now, what would have to change about that patron, I wonder, in order for him to be subject to the dress code?