John Tucci used his position to sign a Declaration of Kindness at Robert Morris. 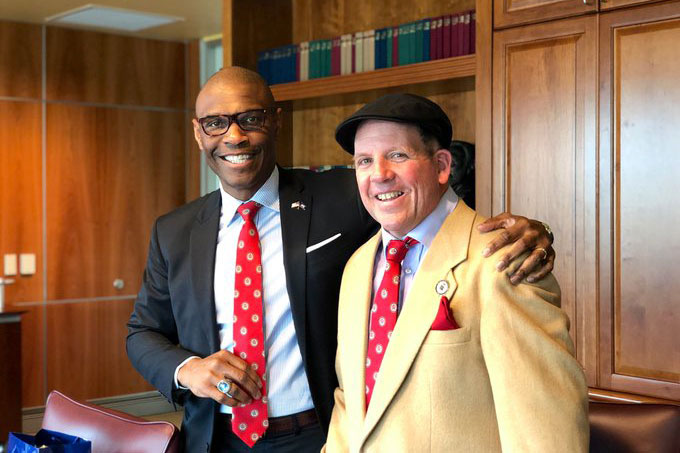 While the journey from groundskeeper to university president may seem unlikely, one Pittsburgh college made that a reality.

Robert Morris University appointed groundskeeper John Tucci as president for a day on Thursday, making the longtime employee the face of the campus and giving President Chris Howard a day off. Tucci’s first order in office was a Declaration of Kindness, followed up by pizza with students and a meeting with the hockey team.

In October, Robert Morris told faculty, staff, students and alumni that if they could get 1,001 donors in a single day, that the popular groundskeeper could be president for a day — 1,159 people rose to the challenge.

Hail to the Chief!

John Tucci is President for a Day, thanks to all who made gifts to RMU students on #RMUDayOfGiving

A well-known member of the Moon Township community, Tucci has been an employee at RMU for over 25 years.

Known for signing the national anthem before local sports events, his passion has earned him a reputation of kindness across the communities where he performs and does service.

Answers to The Most Frequently Asked Wedding-Planning Questions

How To Plan Your Wedding in No time, or By Taking Your Time

These Are the Cozy Colors You’ll See in 2021