Popping the Question: Why It's Important to Have a Plan B

Three men had carefully planned proposals for the girls of their dreams … but they met a few unexpected hitches. Going with Plan B, they prove that sometimes when things don’t go as planned, they turn out all the better. 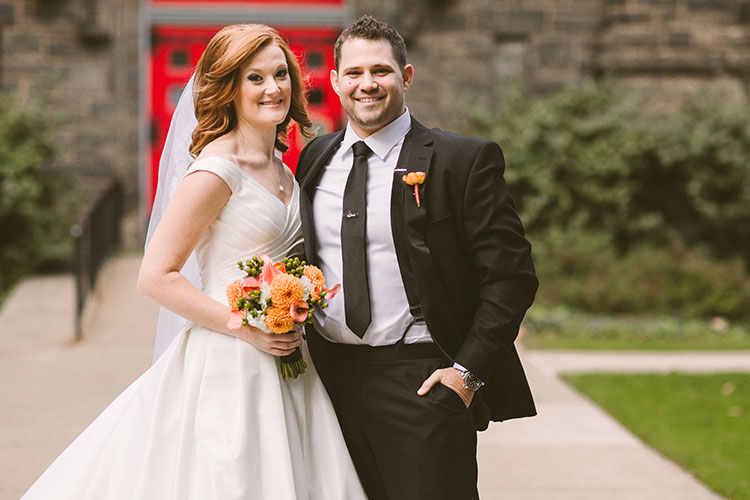 When It Rains, It Pours.

Jack Aldridge had the ring in his pocket on one fateful day in Ajax, Ontario. But it never left his pocket.

Jack and his girlfriend, Liz Johnson, who met in 2012 while playing darts at Mario’s in Shadyside, were on their way north to Liz’s hometown to celebrate her grandmother’s 95th birthday.

Jack had checked that all of Liz’s brothers, who would be flying out of Geneva, England and Seattle, respectively, would be there that weekend, so they could share in Jack and Liz’s special day — the day they’d get engaged. He also had discussed his intentions with Liz’s father and received his blessing.

He planned to propose to Liz as the family had a major outing by the lake, against the beautiful backdrop with her whole family brought together from all different places.

The family went to the local Costco instead to kill time and stock up on some food for what would be a long day inside. Liz’s brothers pestered Jack about when he was going to propose, and Jack joked that although he loved Costco and their free samples, he didn’t exactly want to propose in the pharmaceutical aisle. 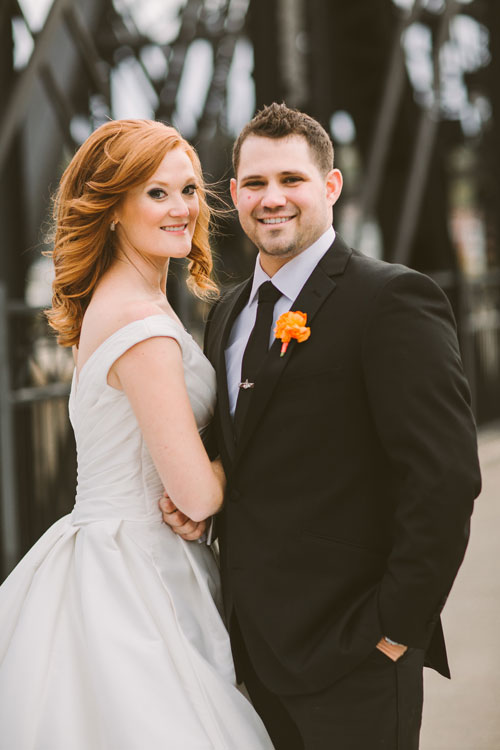 As they walked through the aisles of food, the ring was in Jack’s pocket the whole time.

The next day, Jack and Liz were driving back home to Pittsburgh, and Jack started suggesting that they should make a pit stop at Niagara Falls. He told her he’d never seen the Canadian side.

Jack says it took 40 minutes to convince Liz to stop, because she just wanted to get home after a long trip. But stop they did, and Jack asked Liz to marry him — albeit not on one knee, because he didn’t want to drop the ring into the falls. 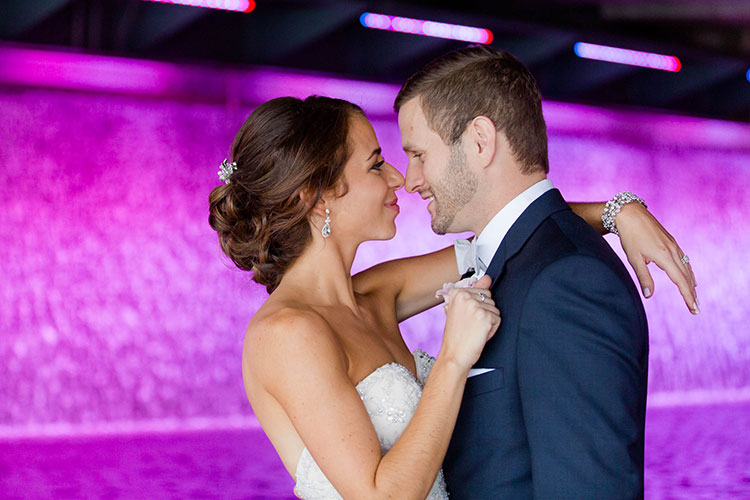 Being a dance instructor can have its perks, and in August 2014, Jennine Wedge found herself in Australia for business for three weeks to teach and travel.

However, her luck ran out when she got to the airport to fly home and found out her flight was first delayed, then canceled, and she would be spending an extra 36 hours in Australia.

After 36 hours, Jennine’s flight left for Los Angeles and her connecting flight to Pittsburgh was, once again, delayed, and she was stuck for another day. When she finally reached Pittsburgh, she learned her baggage had been lost, and she spent hours at the airport trying to sort out what to do. 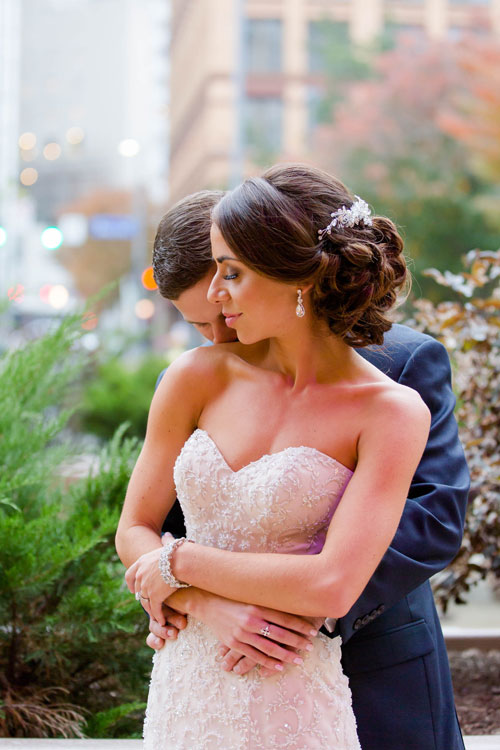 Assuming Jennine would be exhausted and stressed, Troy did not have a make-up romantic dinner planned. But, he was surprised to find Jennine upbeat, her excitement to see Troy overcoming the emotions from the past few days.

Seeing her so happy, Troy made a quick decision. He told her he had gotten her something on his previous week’s travels for business, and after throwing her (now-found) luggage in the back seat, he walked around to the passenger side door to give her her souvenir. When he opened her door, he got down on one knee.

Jennine says she loved that Troy waited to see what kind of mood she was in, and that he let the proposal happen in its own organic way. 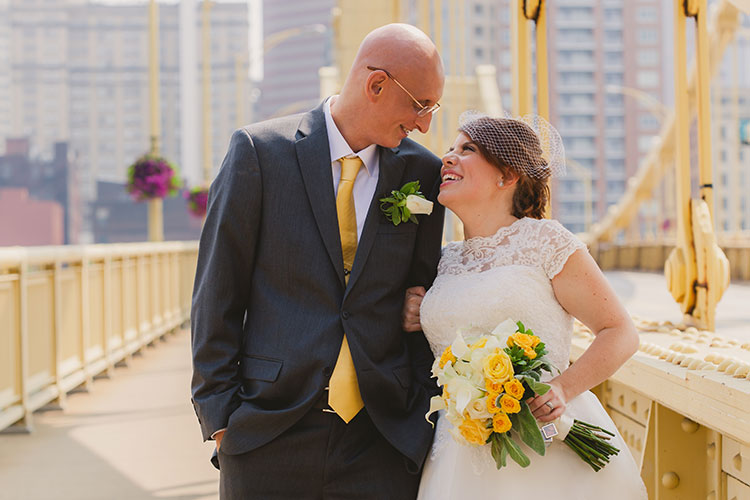 For the past couple years, Stephanie Lardin and Steve DeLucia have hosted a Halloween party to celebrate Stephanie’s favorite holiday.

As their 2014 party approached, Steve told friends on the sly that Stephanie would be showing off a ring at the fête.

The week leading up to Halloween, with the ring ready, Steve noticed that Stephanie was coming home from work particularly tired from wrangling kids as the director and preschool teacher at the YMCA Duquesne University Child Development Center. Each day, as he worked up the nerve to ask her to marry him, she would retire to bed long before normal or fall asleep right as he was about to ask.

At the party, friends danced around the question and excitedly checked her finger and asked if she had any news, but Stephanie didn’t know what they were talking about. Nothing had happened. Yet. 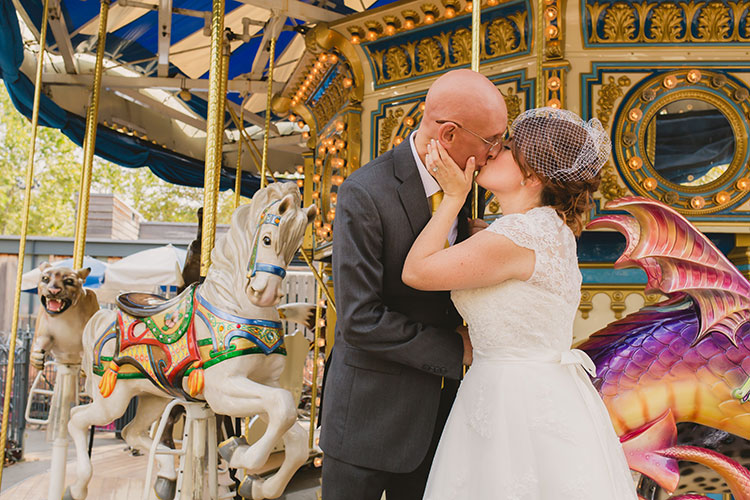 A week later, Stephanie and Steve were watching a movie, and Steve was afraid that Stephanie would go to bed once again before he spit out the question. So when Stephanie headed upstairs, Steve playfully chased after her. Stephanie walked into the bathroom, and as the door was closed, Steve grabbed the ring from his bedroom dresser and prepared for her to walk back out. When she did, he got down on one knee.

Stephanie was so confused, she recalls with a laugh, to walk out of the bathroom and find her boyfriend popping the question. “I told him, ‘How am I supposed to tell everybody that you asked when I came out of the bathroom? What are we going to tell our children?’” she laughs.

Yet, she describes the proposal as unconventional, just as she describes Steve. She sweetly mentions that Steve was too nervous to get out all of the words to propose, but Stephanie helped him along and, of course, said yes.

Stephanie and Steve got married on Sept. 5, 2015, and they still hold their annual Halloween party.