Popping the Question Far Away from Home

Three grooms share how they carried their rings long distances to keep their brides-to-be in the dark until the moment they got on one knee.

Asking your significant other to spend the rest of their life with you is stressful enough, but when you have the ring zipped in the pocket of your swim trunks while swimming in the Caribbean, it can be all the more nerve-wracking. Read about how these grooms-to-be kept the rings concealed until the perfect moment. 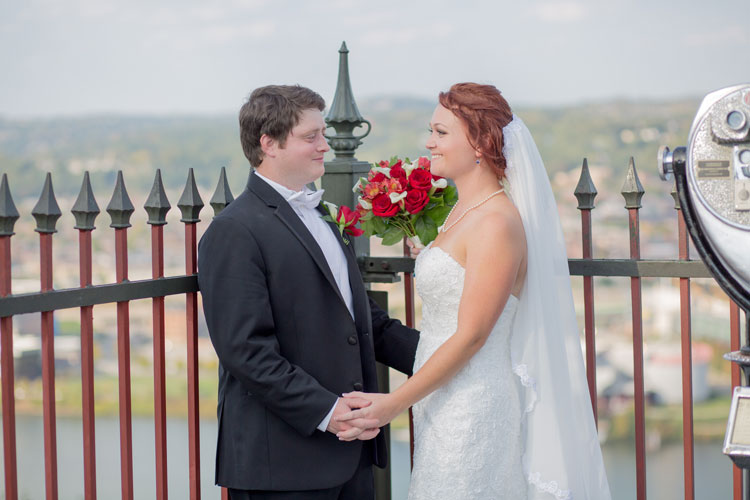 Alexandra Park and Gregory Imbrogno are a very outdoorsy couple; they hike, camp and kayak often. It made sense for their first vacation as a couple to be a private camping trip to Mount Mitchell, N.C., the highest peak in the Appalachian Mountains. But Greg had more than just hiking planned for Alex.

“The whole vacation was designed with the proposal in mind,” Greg says. “I knew it would happen on the hike.”

The day before the pair left, Greg says he must have checked his bag for the ring at least 15 times.

“I kept adding little stuff to my bag like, ‘Oh, I’m gonna add another granola bar to the bag just so we have enough,’” he says. “And really what I was doing was making sure I definitely had it in the little secret pocket.”

Some communal items were kept in Greg’s larger camping bag, and each time Alex went to open it to grab something, Greg said things such as, “What are you doing?” and “Get away from there.” Alex didn’t pick up on why he was so nervous at the time, but looking back, she says it was completely obvious. 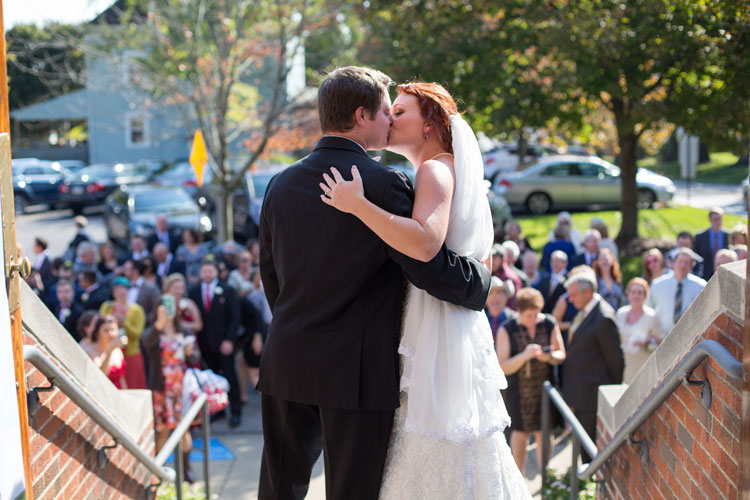 Greg planned to pop the question at the top of the mountain surrounded by scenic views, but an overwhelming number of tourists deterred his plans. So, about a quarter mile from the top of the mountain, Greg stopped to rest and acted as though he was getting get a snack out of his bag; he pulled out a ring instead. He got on one knee and knelt in a puddle of mud to finally ask Alex the question he’d been rehearsing in his head for days.

“I was kneeling in this huge puddle, and she took a couple steps toward me to give me a hug so she ended up stepping in it, too, and her boots were all muddy,” Greg says. “It was super unromantic but par for our personalities, too.”

Icing on the Cake 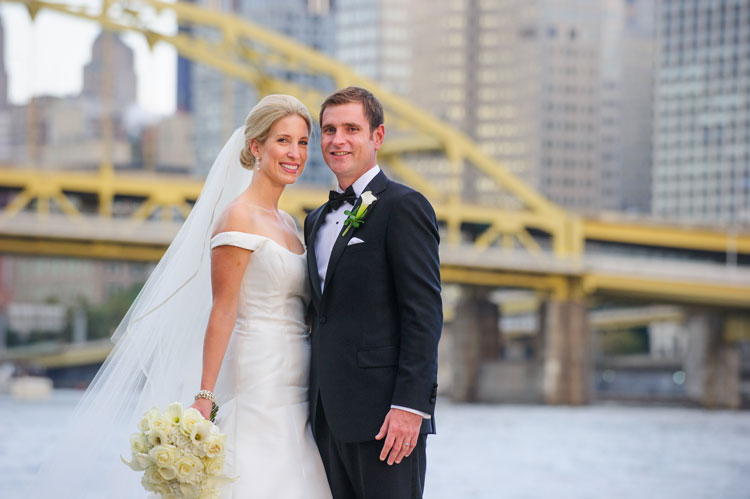 Colorado was a special place for both Ryan Dempsey and Jamie Edmonds. Ryan had a good friend from college who lived in the Viall area, and Jamie often took trips there to ski with her family. Ryan knew it was the perfect place to pop the question in January 2016.

Ryan packed the ring away securely in his briefcase for the flight to Colorado, but that didn’t ease his anxiety about traveling with his surprise. He was scared Jamie may see the ring if he was flagged while going through security, so he purposely went through a different line. When they were gathering their bags at the end of the flight, Jamie grabbed the briefcase and Ryan quickly snatched it out of her hands.

“At the time, I thought, ‘How rude!’” Jamie says. “He later told me he was nervous that I would feel the ring box.” 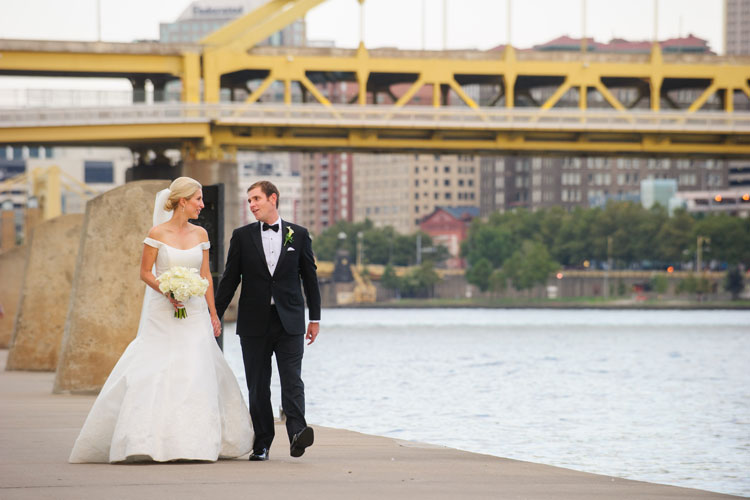 The pair later made their way out to an ice rink in Viall with Ryan’s friend. They put on their skates and went around the rink a few times before Ryan made his move.

“I was on the ice for all of about 30 seconds before I dropped down,” Ryan says. “I’m not much of a skater, so I was looking to get it done before falling down.”

Jamie, thinking Ryan fell accidentally, went to his aid only to realize he was on one knee. After it finally dawned on her that he was asking her to marry him, Jamie said yes and other skaters started clapping. She says the best part is Ryan’s friend secretly captured the whole thing on video.

“My friend was filming from afar and then came up filming as soon as he saw me drop down to one knee,” Ryan says. “The rest, as they say, is history.” 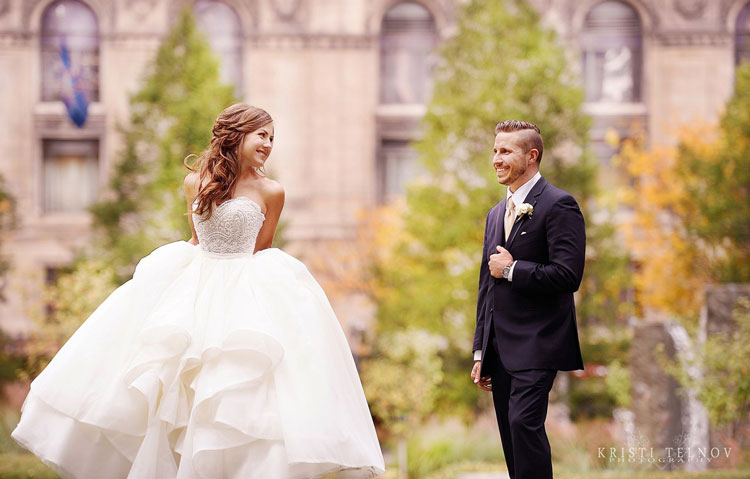 Brian Ottavian knew he wanted to propose to Bonnie Sheetz during their September 2015 vacation to Punta Cana, but he wasn’t sure of the perfect time. So, he carried the ring in a zippered pocket in his swim trunks all day, even while diving off of boats in the Caribbean Sea, swimming with starfish and lying in the sand on an island they explored.

“I was nervous … I kept checking to make sure it was there,” Brian says.

A good opportunity didn’t present itself until after the pair ate dinner and went for a moonlit walk on the beach. It was there Brian got down on one knee and asked Bonnie to be his wife.

“He had a box with a light in it on the diamond, so in the dark it was the only thing I could see,” Bonnie says. “For whatever reason, in the moment, I didn't even say ‘Yes,’ but just said, ‘Thank you!’” 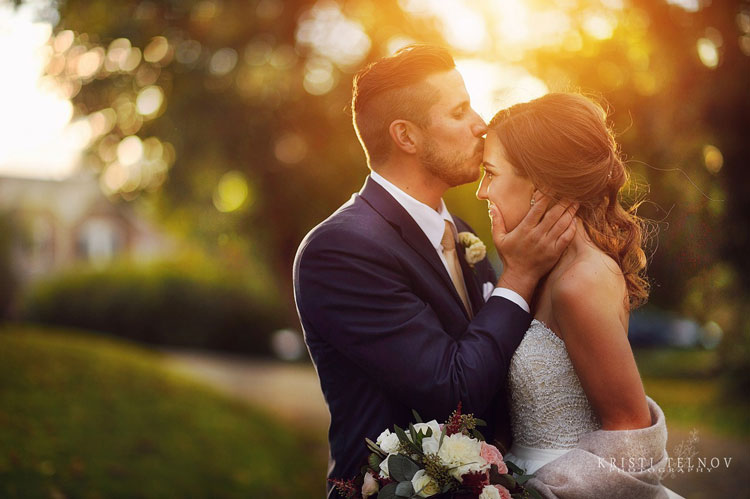 The pair planned on celebrating with their families after they returned home but in the meantime they found friends to spend the rest of their special day with.

“We ended up celebrating with this great Colombian couple we met after the wife saw me admiring the ring in the bathroom,” Bonnie says.