Whether you love all things Disney, “Game of Thrones” or “Star Wars,” there are lots of ways to add some personal — and fun — details into your wedding day. 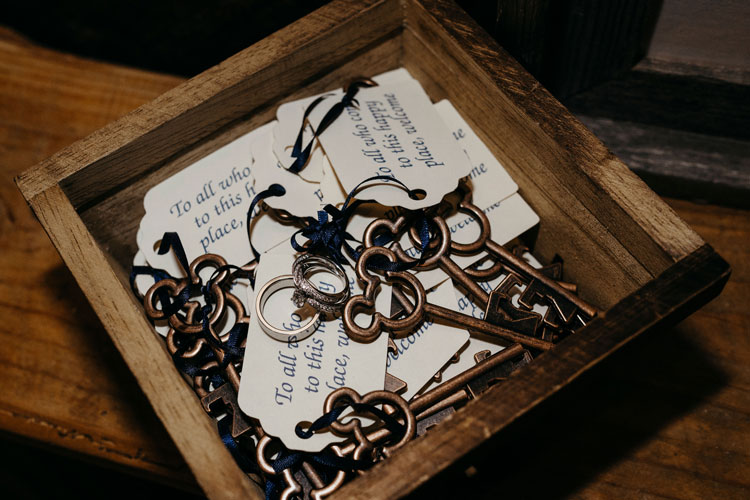 Photos by wildwood weddings and portraits

Jessica Carpenter has always been in love with Disney. So when she fell in love with Matt Brittner, it became a shared passion.

“Matt had actually never gone [to Disney World] when we were first started dating,” she says. “We went the first time two years ago and he just absolutely fell in love with it, and now our house looks like a toy store.” 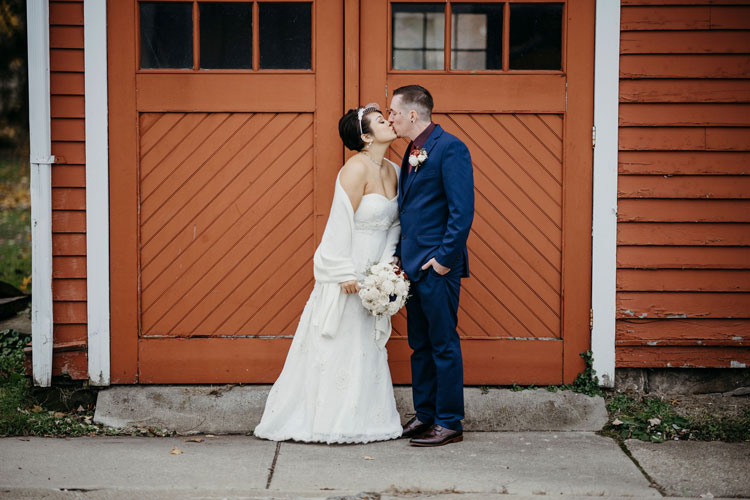 After the couple had been dating for awhile, Jessica began to wonder if Matt was planning to propose at Disney on one of their upcoming trips. Instead, he surprised her with a ring while they were attending an Incubus concert for her 30th birthday. She says it ended up being perfect, as it was more intimate than a proposal on Main Street USA in the middle of a crowd at the amusement park.

But they did celebrate with engagement pictures at Disney World on their next trip, and they used those photos in their save the dates, which were Disney-themed to mimic the celebratory buttons that Disney World provides to guests staying in the park. The quote on them read: “Our adventure begins,” from the Disney movie “Up.” 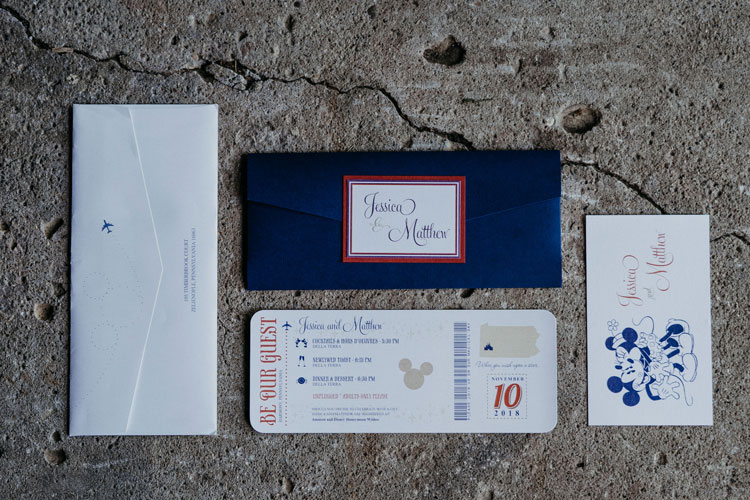 For their wedding, their invitations were Disney-themed (reading “Be Our Guest”) to look like a ticket to the park; they crafted favors in the shape of Mickey Mouse keys with a tag containing a Walt Disney quote (“To all who come to this happy place, welcome”); Jessica’s bouquet was handcrafted with wood flowers and a hidden Mickey on it; Jessica and her mother created the centerpieces using pages from Disney children’s books; and the tags on the cookie table were themed around “Alice in Wonderland.” 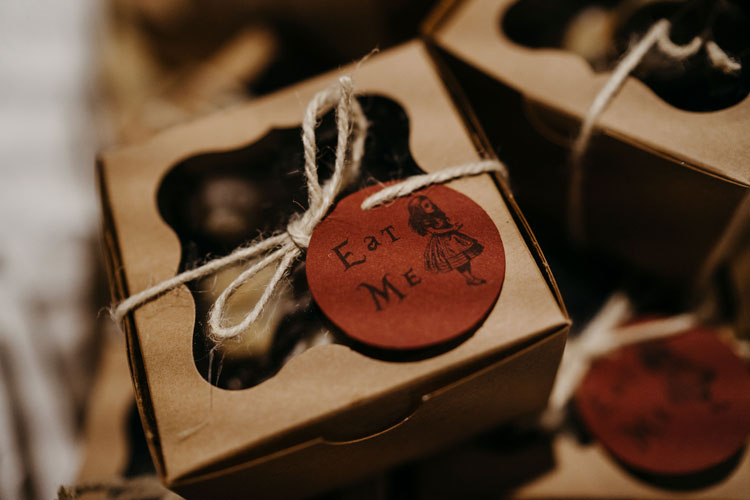 “Marriage is a powerful commitment for two people to make to one another, so this is love, this is what makes life divine.

I, Matthew, take you, Jessica, to be my wife. I promise to you from this day forward, whatever we may do, you are here for me, and I’ll be there for you. From this day on, now and forever more, you’ll be in my heart. I, Jessica, take you, Matthew, to be my husband. You are the best thing I never knew I needed. You will always have a friend in me. I will always love you, to infinity and beyond. The wedding ring is a symbol of eternity. It has no beginning and no end. So it is with love, love is a song that never ends. Let this ring be a symbol of our never ending love song. Jessica, I give you this ring as a symbol of my love. True as it can be, I will love you forever more. Matthew, I give this ring, as a symbol of my love. For it’s plain as it can be, we are simply meant to be.” 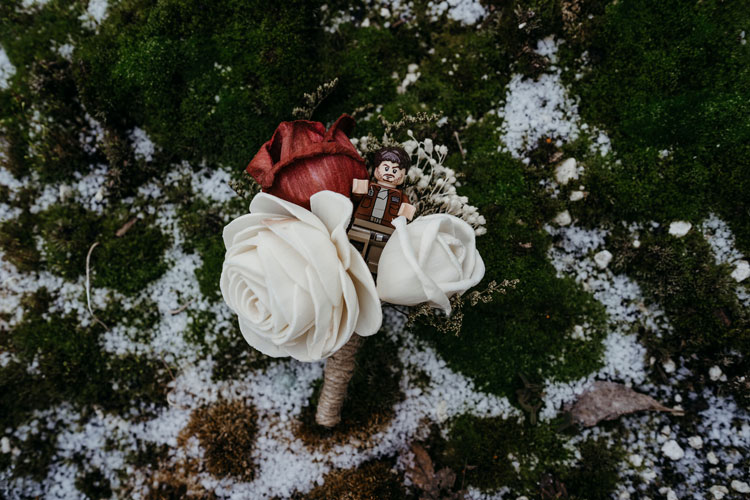 For his part, Matt loves all things “Star Wars,” and they incorporated plenty of his passion into their day as well.

“Disney buying Star Wars I think was what got him fully onto the Disney train,” Jessica says. “He had a little Star Wars LEGO figure in his boutonniere, and his dad did, too.” 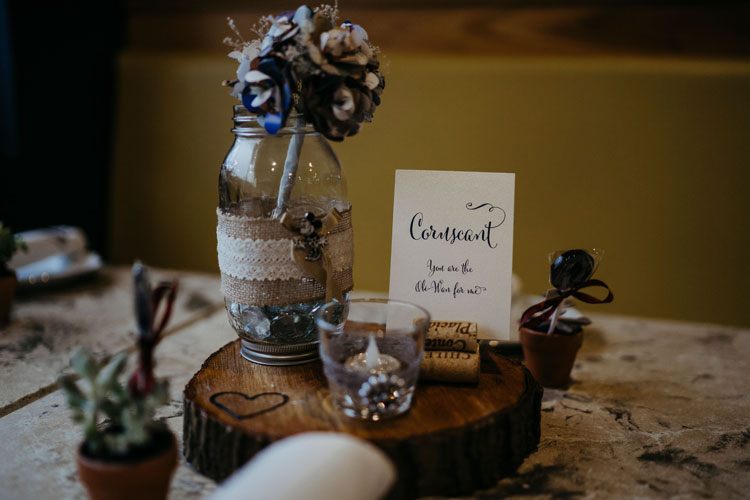 The tables were named after Star Wars planets with punny love quotes on the table cards such as: “Your love is where it’s AT-AT” and “You are the Obi-Wan for me.”

The couple completed their celebration with a honeymoon to a most appropriate place: Disney World. 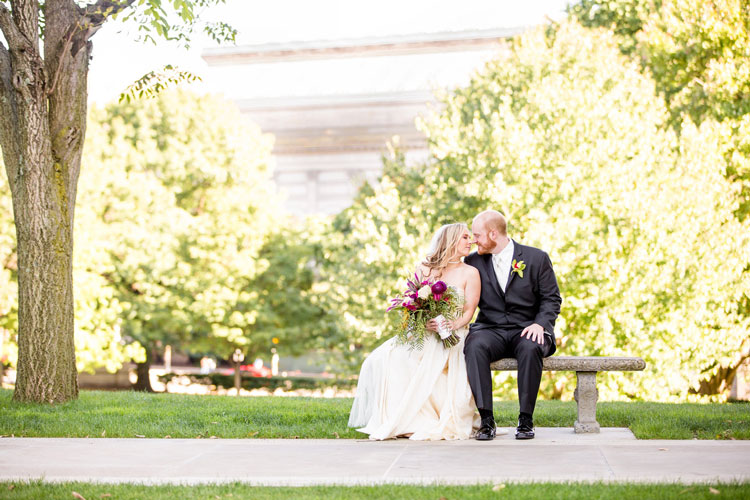 The words “Game of Thrones” and “wedding” may spark bad memories of what is perhaps the show’s most famous episode, where things don’t end well for many beloved characters.

But for Phillip Conley and Bethany Berkstresser, their day was a beautiful celebration of love that included references to another wedding in the show, that of Daenerys and Khal Drogo.

Bethany crafted three dragon’s eggs, a reference to the gift Daenerys receives for her wedding, accompanied by a quote from the show: “Dragons’ eggs … the ages have turned them to stone, but they will always be beautiful.” 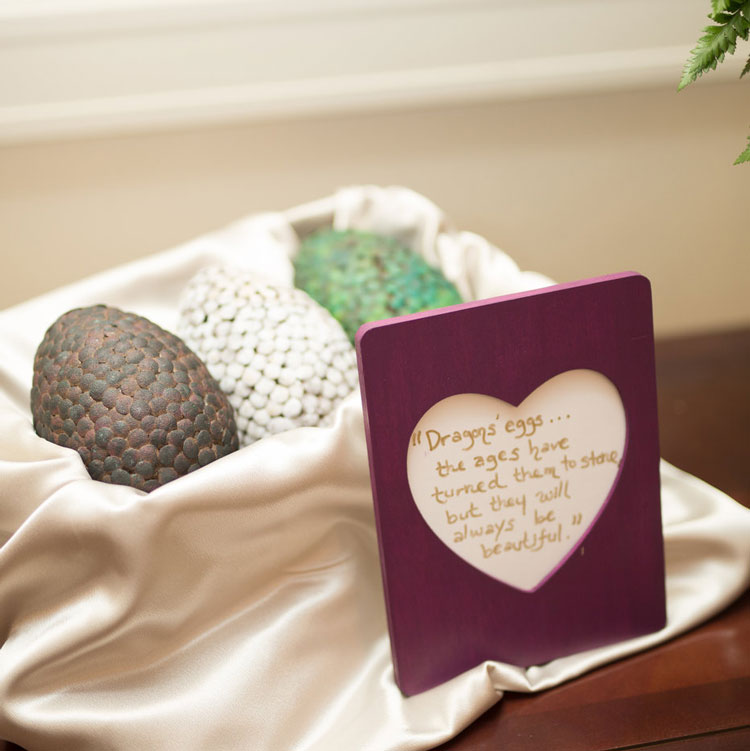 “It went over some people’s heads I’m sure,” Bethany says with a laugh. “My husband and I have been ‘Game of Thrones’ avid viewers since the first season … In terms of the decor, I did the dragon’s eggs and the quote from the episode with Khaleesi is gifted three dragons’ eggs on her wedding day … and that quote can kind of cross over to a couple when they get married — they’re usually on the more youthful side, and as you get older you’re committing to love each other even when you get wrinkles and get old.”

Bethany says she purchased Styrofoam eggs at a craft store and placed thumbtacks into them to give them the look of dragons’ eggs, then spray painted them. She placed them in a basket with silk lining. The eggs sat in the reception hall with other decor.

Bethany also placed the “Game of Thrones” theme song on her wedding-day playlist, which she created herself.

After the wedding, she wasn’t sure what to do with the eggs, so she posted them on Craigslist and a man purchased them, saying he wanted to give them to his girlfriend as a gift.

“I wanted mine to be realistic to what they looked like in the actual show, so I remember watching that scene over and over again on YouTube to make sure they were accurate,” Bethany says. 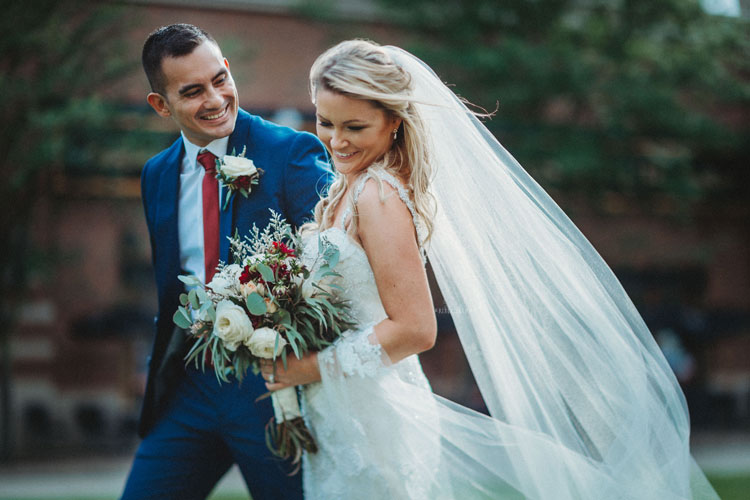 Javier Rodriguez and Julie Weber aren’t huge fans of cake, but Julie’s mom convinced them they had to have the traditional dessert at their wedding.

The date of the cake tasting fell during Javier’s bachelor party weekend, so Julie took her parents with her and made a unilateral decision to get a cake topper she knew her groom would love. It read: “I Love You to the Death Star and Back.”

“I wanted to surprise him,” she says. “He really loves ‘Star Wars.’” 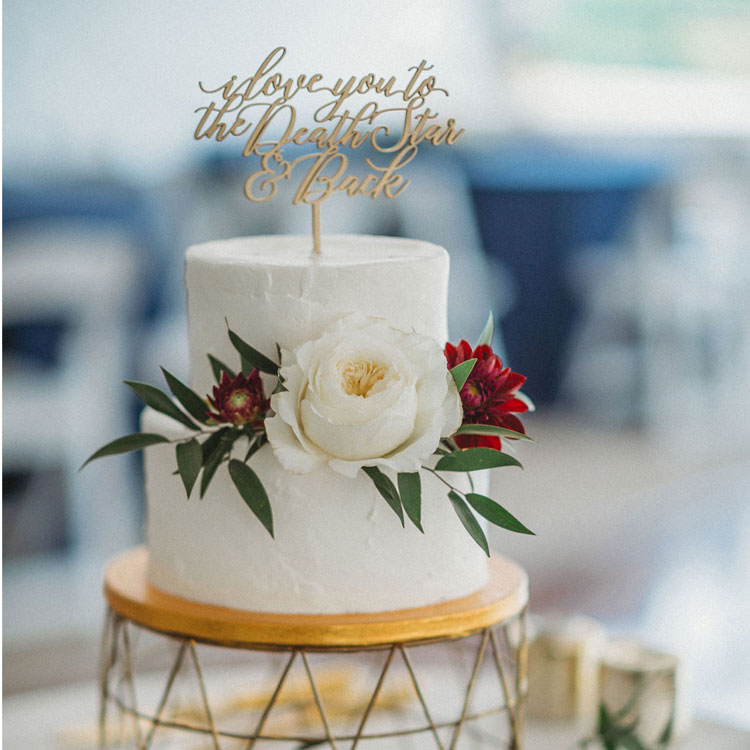 “It was really great,” Julie says. “I explained why I wanted to the cake topper to be for him instead of a lovey-dovey one — I wanted it to be meaningful for him. He thought it was sweet.”

Julie says she saved the cake topper and wants to use it again, perhaps on their anniversary in some way.