The outlet included us in its lineup of the best U.S. spots for creative 20-somethings. 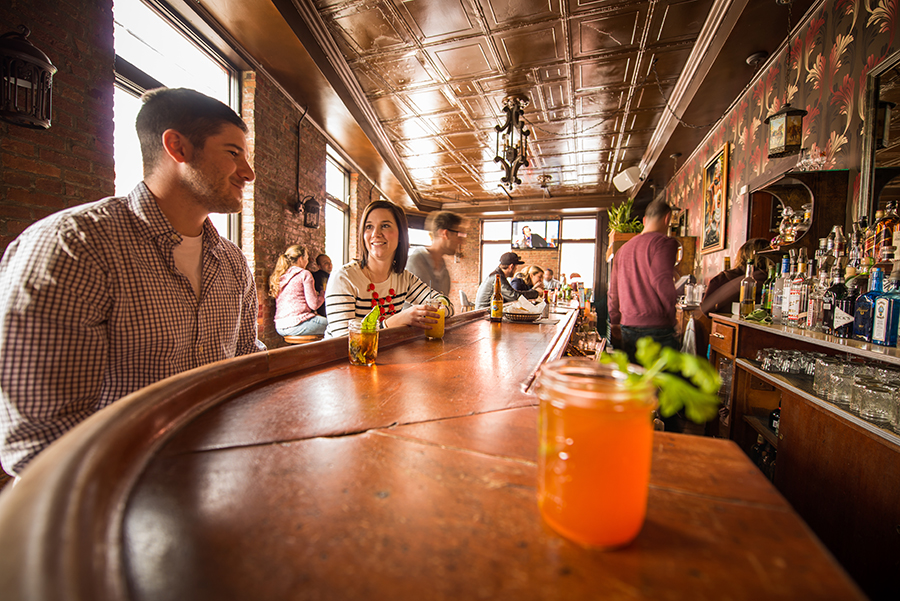 Take a look around you. Beyond the old smokestacks and steel mills that made Pittsburgh a refuge for the blue-collar workers now lays inspiration for art-conscious and creative millennials.

PolicyMic put together a list of U.S. hotspots for creative 20-somethings, ranking Pittsburgh at No. 12 in the list of 15, which intentionally omitted trustafarian cities New York and Los Angeles. The outlet gave props to the Mattress Factory, Unsmoke Systems’ auditorium gallery and a surge in the electronic music scene, thanks to artists such as Girl Talk, Tobacco and Black Moth Super Rainbow.

Whatever your creative fancy may be, rest assured Pittsburgh is capable of being a reputable hub for your necessities without the outrageous cost of rent for a New York shoebox. Listen to Tobacco's new single for a taste of the awesome electronic music that's coming out of Pittsburgh.


When Pittsburgh-based horror classic “Dawn of the Dead” was released in 1978, the special effects at that time were considered scarily realistic. Turns out some of the bone-chilling props were more real than anyone could have imagined.

Recently, local independent filmmakers Harmoni and William Sanders set out to make a film inspired by Pittsburgh’s rich zombie heritage. While going through initial research of locations, the couple discovered that Tom Savini, makeup artist of “Dawn of the Dead,” had borrowed an actual skeleton for the film. It was later buried without a grave marker at Mt. Lebanon Cemetery in 1982.

Feeling as though the famous remains deserved to be honored, the filmmakers thought it would be nice to raise funds for a proper marker, naming the body “Dawn Doe.” Thanks to Kickstarter donations, the project has now been funded and the Dawn will be honored accordingly.


Packing up the Volvo and heading for the beach — Ocean City, Outer Banks or even Erie — seems to be the norm for locals seeking the All-American Vacation Experience. Travel Channel thinks Americans should consider venturing to our neck of the woods the next time they desire a look an up-close look at "one of the hippest cities" in the country. In its list of 10 destinations, the network called attention to our museums and outdoor offerings.