The school is building a "New York City-style media hub" downtown, where passersby can watch students learn their craft.

Pittsburgh is getting its own street-level newsroom. Think NBC's Today show, only smaller and with students running the show.

Point Park University is building a $2.5 million media center in the space formerly occupied by Nathan's Famous Hot Dogs at the corner of Wood Street and Third Avenue. It's primary function will be to train the next generation of journalists.

“The media industry has evolved from individual labels such as print and television into a massive multimedia effort that requires knowledge and expertise in all disciplines,” University President Paul Hennigan said in a statement. “This is an innovative incubator and collaborative space that brings together a cohesive, interactive strategy to education, while simultaneously engaging a Downtown audience.”

Features of the center include floor-to-ceiling glass walls, flat-screen televisions and a digital ticker that will offer a "New York City-style media hub" where passersby can watch as students learn their craft.

Funding for the center was made possible by a grant from the late Richard M. Scaife's Allegheny Foundation. Trib Total Media is a sponsor of the center.

“Dick always said he wanted to find ways to help build journalism, not just through the Trib and his other papers, but through the education of future journalists,” said Matt Groll, who succeeded Scaife as head of the foundation in 2014. “This partnership is a perfect opportunity for us to do that with one of his two foundations. It is especially exciting because Point Park’s program is here in Pittsburgh.” 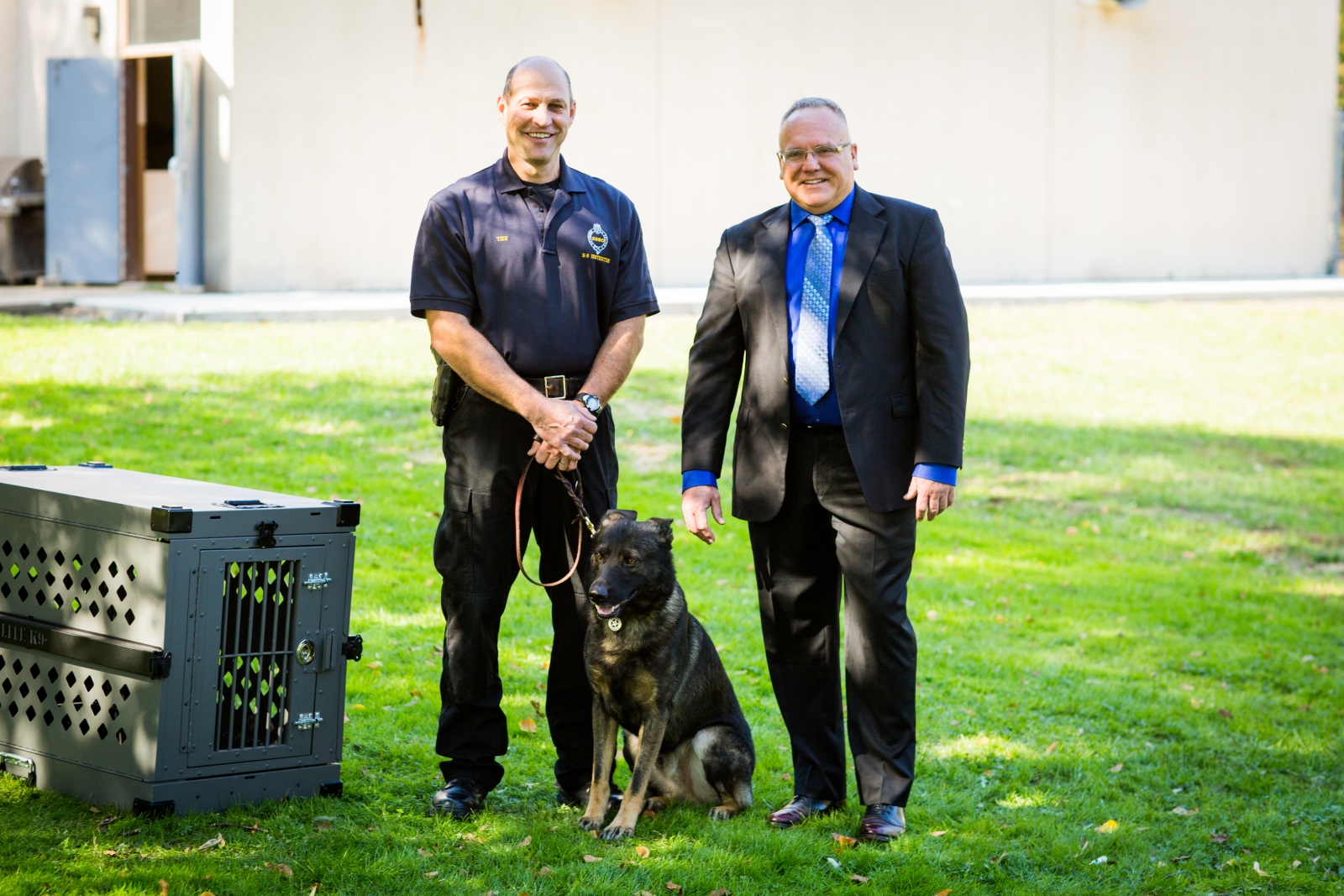 photo by joshua franzos for the pittsburgh foundation

Officer Rocco, the beloved Pittsburgh Police K-9 who lost his life in the line of duty nearly two years ago, remains a Pittsburgh hero by inspiring others to donate money to benefit his fellow officers.

More than $121,000 has been donated to the Officer Rocco K-9 Memorial Fund since its inception in February 2014.

The latest donation, from business owner, animal lover and philanthropist Scott Noxon of Robinson Township, paid for the purchase of 23 military dog crates for the K-9 Unit of the Pittsburgh Bureau of Police.

“Previously, handlers would transport K-9 officers in consumer-grade crates, which were far less durable," said Sergeant Michael LaPorte of the K-9 Unit. "These crates provide handlers a much safer method for transporting dogs from their homes to the station or directly into the field.”

Noxon first offered to purchase additional body armor, but the Bureau of Police said that the crates were a greater need.

“Dogs, especially working dogs, add immeasurably to our lives. I feel very privileged to donate this equipment that will protect police dogs and support their handlers in the line of duty,” said Noxon.